How to Find Significance (When You Feel Like You Have None) 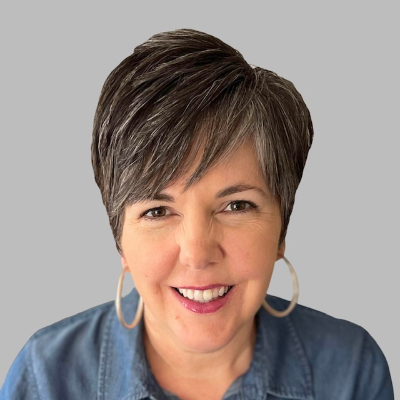 “And who knows but that you have come to your royal position for such a time as this?” Esther 4:14b (NIV)

It was work that suited my family’s needs, but it wasn’t going anywhere. Many days I felt like my position was unimportant, not truly making a difference in the world.

Maybe you’ve been there too. Changing diapers seems like a meaningless, never-ending chore. Caring for your aging parent feels insignificant compared to the accomplishments of your friends. Volunteering behind the scenes appears unappreciated and unnoticed.

That feeling of insignificance was one of the reasons I never felt a connection to Esther. Esther was a girl in the Bible who became a queen, who saved her nation from annihilation. After all, who can attain that position or live up to that kind of story?

In a crucial moment of decision, Mordecai, Esther’s uncle, said to her the words perhaps most quoted from the book of Esther: “And who knows but that you have come to your royal position for such a time as this?” (Esther 4:14b). He was challenging Esther to do her job. To step into her assignment.

Mordecai’s words are favorites for decorating mugs and T-shirts — but when we apply them to ourselves, we might feel as though we need to be queens like Esther to be called by God. Was I made for such a time as this?

How our straying hearts long for the tiara that came with Esther’s position. In our fame-driven world, our hearts may cry out for significance and acclaim when we read these words … but to focus on how “regal” we do or don't feel is actually to misinterpret this verse.

Instead of pointing at the queen’s attributes, Esther 4:14 may be the clearest gesture toward God in the book of Esther, though His name is never mentioned there. Mordecai was not telling Esther that she was “the one.” That she was special. He was not telling her, “Now’s the time to unleash your hidden potential!” Instead, he was pointing Esther back to our sovereign God.

Even though Esther was queen, her place of usefulness in God’s Kingdom wasn't what she would have requested. It involved risking her very life. But the Creator who spoke the world into existence is the same One who created a queen from a humble girl. He alone positioned her in the palace where she could save her people. Neither she nor Mordecai could have foreseen this purpose, but God did.

The same God who created Esther, with her unique set of gifts, gave her a call to fulfill His redeeming plan. God gave Esther a unique usefulness, and He gives you the same thing.

Your unique usefulness may not be:

But it will be “immeasurably more than all [you] ask or imagine, according to his power” and for His glory (Ephesians 3:20, NIV). God's plan for you is not necessarily what you’ve pursued or desired, but like He did for Esther, God had good works in mind when He created you.

It’s taking a meal to a sick neighbor needing to feel God’s love.
It’s faithfully and thankfully doing an unseen job day after day.
It’s serving in the behind-the-scenes volunteer position in the community.
It’s advocating for the voiceless, talking one-on-one over coffee.

You and I, in all our God-given giftedness, are positioned for such a time as this. Our loving and sovereign God put us here. He bestows significance upon our unique usefulness, even when we don’t have the perk of sparkly tiaras on our heads.

Lord, thank You for giving me a unique usefulness. Help me embrace the joy of Your current assignment for me, even if it lacks human fanfare or renown. In Jesus’ Name, Amen.

If you’re feeling insignificant or uncertain, Amy Carroll and Lynn Cowell’s newly released study, Esther: Seeing Our Invisible God in an Uncertain World, is for you. Esther carved a pathway, not only with faith but with influence, for all women who find themselves walking through uncertainty. Pick up a copy today!

With your purchase of Amy and Lynn’s Esther study, you’ll receive “A Deeper Dive Into Esther: A Bible Study Resource.” Availability of this free bonus resource ends this week, so pick up your copy of the study and head to Amy’s blog today. There you’ll find the details about receiving this valuable freebie.

Ephesians 2:10, “For we are God’s handiwork, created in Christ Jesus to do good works, which God prepared in advance for us to do.” (NIV)

Where has God currently positioned you to serve with the gifts He’s given to you?

How does knowing God created you for each act of service ease the need for human titles, positions or acclaim?

We’d love to hear from you! Share your unique usefulness, and in the comments let’s celebrate the way God is using our lives.

Right Where You Are
Renee Swope

The Scribbled Truth That Changed My Life
Lysa TerKeurst