How to Effectively Boost Your Son's Back-to-School Confidence 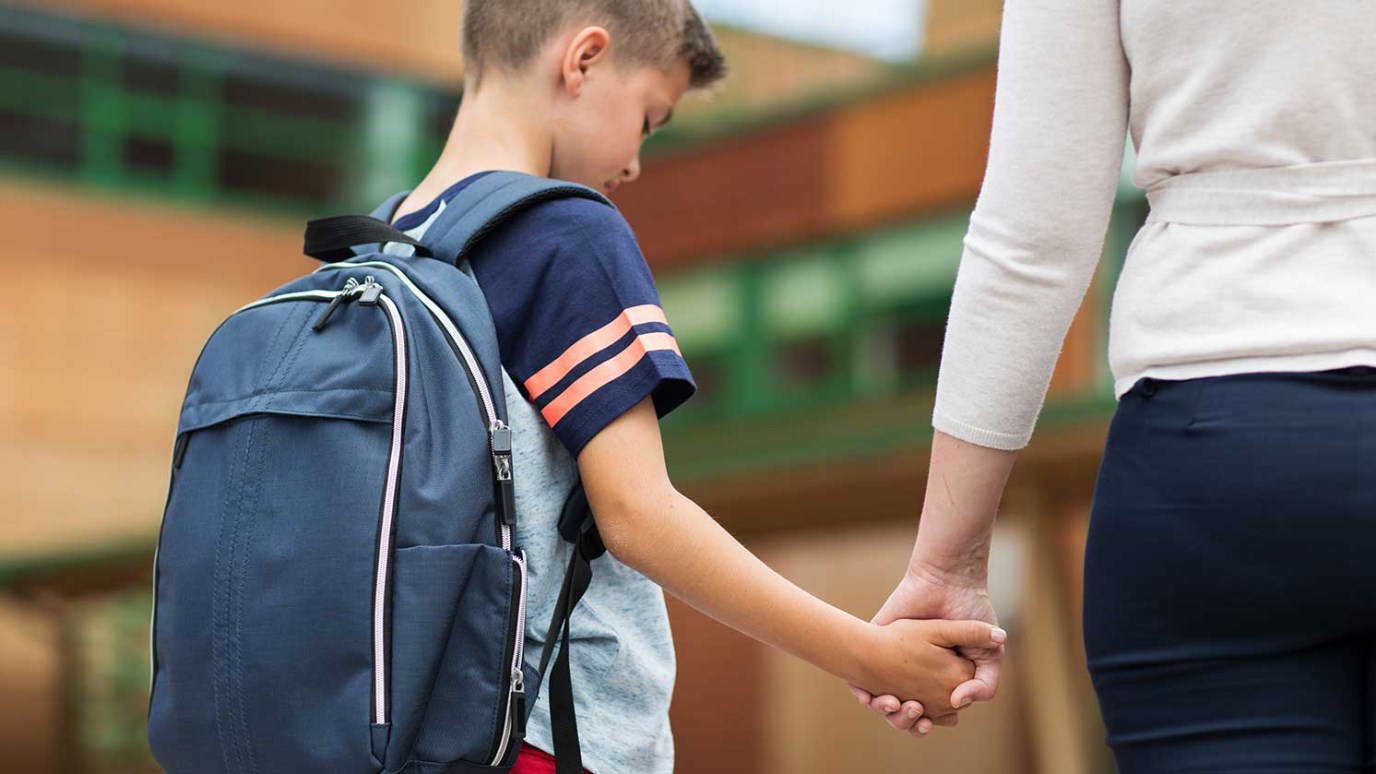 Our boys must grow into strong, confident, overcoming men who are able to change the world. But in order to do that, they need to know that someone is there for them, believes in them, and appreciates them, no matter what.

I just dropped off my 14-year-old son for the start of new year, at a brand-new new school. I had a lump in my throat, knowing how nervous he was about this new season.

Every year brings a new set of challenges for our kids, even at old schools. But today, that is especially true for boys.  We saw in our For Parents Only research with teens and pre-teens, that in today’s culture – even in the most well-intentioned school environments – our boys often internalize one overwhelming, toxic message: You aren’t good enough. You’re dumb. You don’t measure up.

That is a nasty feeling for anyone, of course, but for a guy it is particularly excruciating, since statistically, that is the hidden doubt most guys have about themselves anyway! And to get anywhere in life, a guy needs to feel that he does measure up. If he doesn’t, the young male heart all too often shuts down to school, preferring to find his worth in sports, girls, friends, risky activities, or other outlets. All too often, boys check out.

This is one reason why college enrollment today is 57% young women, and only 42% young men. All the studies show boys and girls have the same cognitive ability – and there are even some areas where the male brain particularly excels, like math! – yet many of our boys are down on themselves.

Parents, our teachers are working so hard, often in difficult conditions, to help our kids learn and succeed in school – but we have the main role in sending our son into school believing that he CAN succeed in the first place! It starts with us emphasizing three truths to our son over and over.

So start saying these truths today, and say them often!

Boys often secretly think of themselves as “dumb” – and nothing could be further from the truth.

As Michael Gurian and many others have documented for the last few decades, modern schools are primarily built around “girl-brain” learning styles. Otherwise known as: “Sit still and listen” learning. Yet boy brains often need movement in order to learn. In fact, at the youngest ages, little boys (who are already made to be wiggly!) will instinctively want to move around in order to stimulate their brains to listen and retain what the teacher is saying. But if the teacher doesn’t realize it and sternly asks little Joey to sit still, it is suddenly much harder for him to understand what the teacher is saying.

So he doesn’t comprehend it properly, doesn’t do the assignment properly, and gets a poor grade. He wanted to succeed, wanted to do well – but he couldn’t.

Repeat this dynamic thirty or forty (or three hundred) times in the first year or two of school – and it’s not surprising that you have a boy who assumes: “I’m dumb.”

You as a parent must call out this lie and blast it away. “You’re not dumb.  You’re a smart kid.” “We need to find and work with the way your brain learns – and we will!” Yes, our schools are set up for girl learning, but every boy can adapt to it in their own way, with (for example) reviewing the textbook or notes during homework time with breaks to go outside and shoot hoops. Or by listening to Catcher in the Rye on audio instead of just reading it.

Or by grasping the ways that they are smart and emphasizing those. As my friend Kathy Koch wrote in her book Eight Great Smarts, every child has unique “smarts” that are built into them – and it is life-changing for that child to suddenly see their specific intellectual gifts. Once they suddenly believe that they are smart, they believe they can do this thing called school – and they start trying again!

Every child needs to hear this, but it is especially essential for a boy who is doubting himself. Before I dropped my (nervous) son off this morning, I reminded him what he knew, but he needed to hear again: You are a hard worker. You don’t give up. You have already learned a few of these things at your previous school. You’ve met some of the kids in your class over the summer. Conclusion: it is entirely reasonable to think you are going to do GREAT. And I know you can.

Maybe your child struggles in language arts but does great in science or math. Maybe he isn’t as organized as he needs to be, but he’s a hard worker. Or maybe he doesn’t care as much as he should about grades, but does enjoy learning a certain subject. Whatever his area of strength, emphasize it. Remind him of it. So he believes: There IS something I am good at!

Imagine that you messed up, badly, in some way. You made a mistake. You failed at something, and are suffering the consequences. To make it worse, in the process you disappointed someone you care about.  And now you feel awful.

Now imagine that instead of pulling away from you, that particular someone comes alongside you instead.  Perhaps that person gives you a big hug, and says, “It’s okay, we’ll figure it out, we’ll get through this.”   Even as you walk through the consequences, you see them walking beside you. Imagine the relief. The security of that. You would feel I messed up, but they are here for me, and will help me through it.

That is exactly how your son feels when you show your love to him when he gets the bad grade – even if it is because he did too much football and not enough studying. You don’t remove the consequences in any way (it is important that he experience those!) but you prove to him: I love you and am here for you even when you mess up. Yes you have to sit out this football game because you didn’t make the grade cutoff, but we will work with you the next two weeks to be sure your grades improve. I will stay up late with you, quizzing you, as needed. Or for your younger child: you forgot to turn in that big project, and you need to go apologize to the teacher and ask for grace on the grade… but I will walk with you into the classroom and stand beside you as you talk to her.

Because here’s the reality: our kids will mess up. Both because everyone messes up at times, and because there are simply things that are stacked against our boys. Don’t get me wrong: we can never, ever use difficult circumstances as an excuse. Our boys must grow into strong, confident, overcoming men who are able to change the world. But in order to do that, they need to know that someone is there for them, believes in them, and appreciates them, no matter what.