How to Cope with Grief as a Family 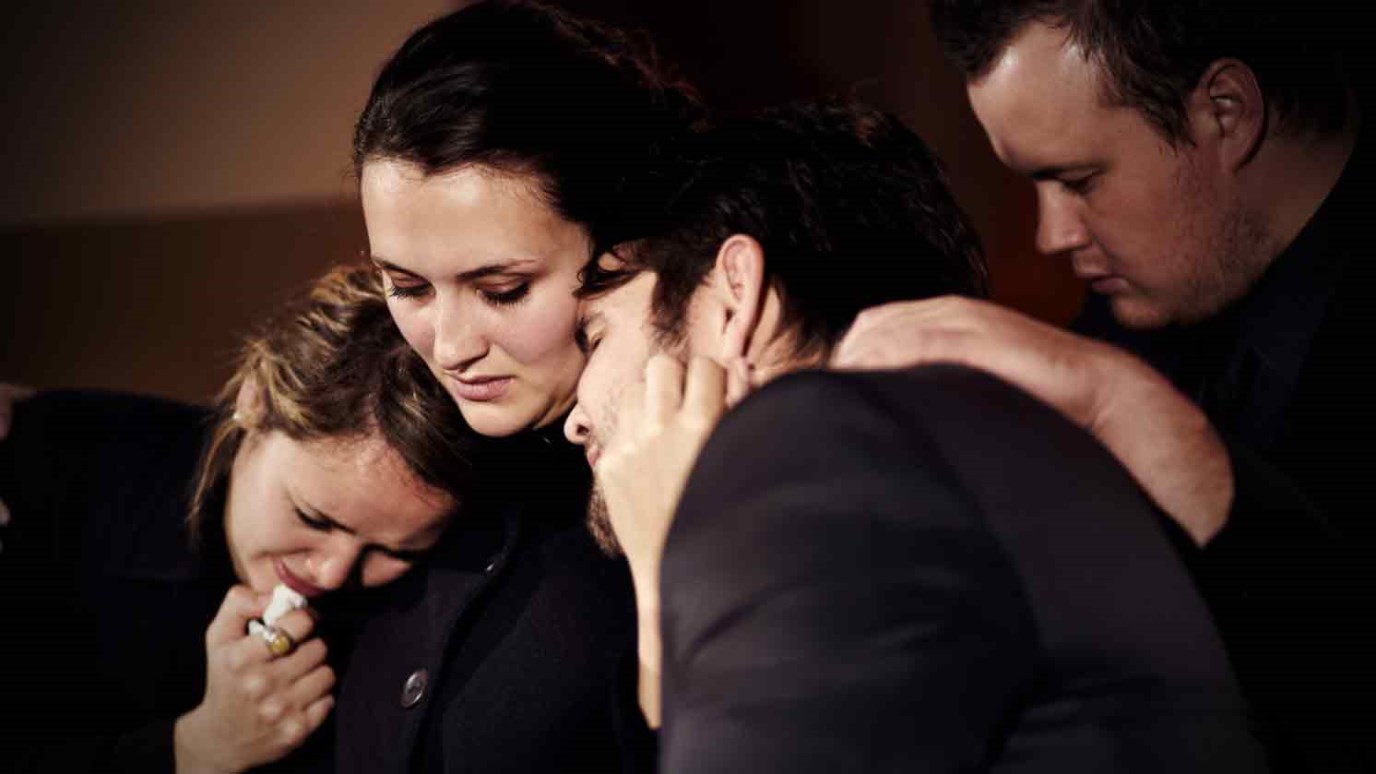 As your kids experience pain and loss – of any kind – find ways to keep the lines of communication open. Let them celebrate and mourn as they make their way to peace.

Both of my parents died when I was a teenager.

Death, since then, has always been a sad familiarity to me.

But a few years ago, our children experienced an unexpected loss, as well.

Our dearest family friend unexpectedly passed away when she fell down a flight of stairs and experienced a brain hemorrhage. I was so stunned when the middle-of-the-night call came.  Cindy had become like a mother to me.

But I was horrified and completely undone at how to communicate this loss to my children.

Although I was familiar with their pain, as a parent, I had to now figure out how to cope with grief as a family.

In our house, honesty and authenticity have always been the DNA – so I decided to simply explain, through my own tears, how the accident had occurred and that Cindy had not survived it.

We allowed each of our kids to experience grief in their own way.

One sat in stunned silence.

One immediately broke down.

One began to explain to himself how this might all be a greater plan.

Soon after, everyone wept.

Then silence. Then crying. Then questions.

We simply created the space for our children to experience everything they were feeling as grief began to settle onto their souls.

A few months later, when our son declined to eat at a favorite restaurant because ‘that’s where we always ate with Miss Cindy’, we knew we had created something special in our home. We had created breadth for our kids to talk about and exercise their grief in a healthy, on-going way.

About a year after Cindy’s passing, one of our sons wanted to celebrate Cindy with an act of remembrance.  He took some photographs of a space deeply symbolic and important to Cindy and intended to create a ‘memorial’ of sorts. He never hung it up. The photos were developed, but never used.  Part of his grieving process was settled in visiting a place of solace for Cindy – not in the actual execution of the project.

Grief is a stealthy parasite.

It finds the most lucrative way to attach itself to its host – a way that can strangle our hurting hearts until they become silent.

It’s still there – but it holds little power to influence or silence us.

As your kids experience pain and loss – of any kind – find ways to keep the lines of communication open.

Give room for an abundance of emotions.

Let them celebrate AND mourn as they make their way to peace.

Life Event Checklist
Family Matters
Have you ever asked, "Why, God?"
Emily Manke
Follow Us
Grow Daily with Unlimited Content
Uninterrupted Ad-Free Experience
Watch a Christian or Family Movie Every Month for Free
Early and Exclusive Access to Christian Resources
Feel the Heart of Worship with Weekly Worship Radio
Become a Member
No Thanks