How My Diabetes Diagnosis Taught Me to Run 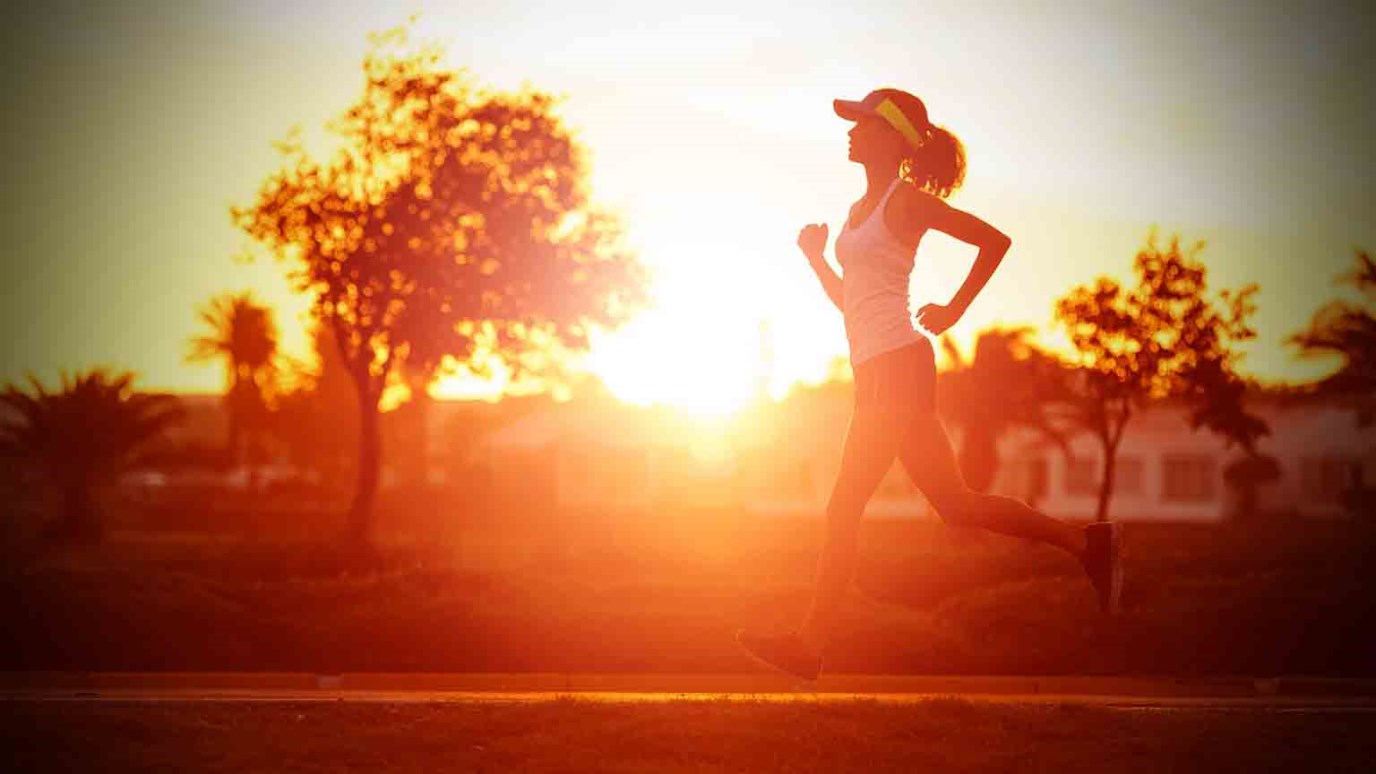 Bob Smietana decided to exercise because he didn't want to die. He discovered that the threat of death was the wrong motivation. Learn more from his story.

During an early evening run in the mid-August Tennessee heat, I hold three images in my mind to keep me going:

First, a wedding dress, simple but elegant, the kind worn by a sensible girl who isn’t quite aware just how lovely she really is. A silver chain hangs next to it, with a small, rectangular pendent in the shade of a British police call box, a sign that the girl is a Dr. Who fan at heart.

Not far off is a second dress, with more frills and the hint of train trailing behind it, and a vase of pink roses on a nearby stand.

Between them is a neatly pressed black suit with a blue bow tie and a second white tie. There’s an outline of a stick figure on the second tie, with its head aflame next to the words “I tried it at home.”

Today’s running goal: 5 miles, or about an hour of sweating and breathing and putting one foot in front of another and trying to avoid the ache in my side and the nagging voice that says it’s too hot to run and wouldn’t it be nicer to sit in the shade and sip lemonade.

But those three images of the future beckon me on, promising that if I keep moving, I’ll get to see them for real someday, when my children Sophie, Eli, and Marel marry the loves of their lives — or, in Sophie’s case, the nerd of her dreams.

I was not so hopeful three years ago, after a call from my doctor’s office with some troubling news.

My fasting blood sugar was at 243, or just below the level that requires a trip to the emergency room. My hemoglobin A1C test — which looks at blood sugar over a three-month period — should have been under 7. Mine was over 12, a clear sign of type 2-diabetes. Even worse, my kidneys were showing signs of damage.

Bad things awaited me if my life didn’t change. I was nearly scared to death.

So I started running.

Or to be more precise, I started walking as fast and as far as I could. A few miles a day at first, along with changing my diet to salad, salad, and even more salad.

Then I started to run. A half a mile, then a mile, then a 5k, and eventually a half marathon. All driven by a mix of desperation and terror, hoping that somehow I could undo the damage by all the years of laying on the couch.

I ran as far and as fast I as I could, as if the diabetes was a creature out of nightmare, hard upon my heels.

For two years, that worked. Then, somewhere around mile eight of a half marathon this past spring, everything crashed to a halt.

That run was supposed to be a fun training event, a dry run before I set out to tackle a full marathon later this year. But some unseasonably warm weather and a rookie mistake — I tried a energy gel for the first time during the race — left me dehydrated and nauseous and completely out of gas.

I tried to dig deep and keep running and had nothing left. All I wanted to do was lie down on the sidewalk and give up. A little bit of water, a few minutes in the shade, and I had enough energy to start walking, and eventually running — or perhaps shambling is a better way to put it — towards the finish line.

In that moment, I realized that running away from diabetes was not good enough. Fear could not get me to the finish line. I needed to find something stronger.

So, I hold those wedding dresses and that black suit in my mind’s eye, while these words from the book of Hebrews echo in my mind: “Let us run with perseverance the race set before us.”

The first people to read the book of Hebrews knew what it meant to be weary and uncertain. The book dates from around 60 or 70 A.D., about 30 years after the death and resurrection of Christ.

The first disciples had begun to die off and Jesus had not returned in power as they had hoped. And the first persecutions of Christians by the Roman emperor Nero had likely begun.

The kingdom of God remained an unfulfilled promise, and they were tempted to lose heart.

Don’t be weary, says the writer of Hebrews. Instead, run, run, and keep running.

A number of years ago, my friend Al Tauber drove cross-country with his sister and her young son. She was fleeing from an abusive relationship and had loaded all of her belongings into a moving van and left for a new life with her son on the other side of the country. During the long hours of the night, the words of a song occurred to him...

A recording of that song, called “I Am Leaving You,” is on my iPod, and I often listen to it when I run.

“With my whole heart, I’ll step into the light of this coming dawn,” the song says. “And I’ll keep running to the sun until the night of you is gone.”

I used to think that the song was about someone fleeing the past. There is that. But that’s not the whole story. She’s also running towards the future, for the sake of her child.

That’s what I’m doing tonight. Running towards the day I walk my daughters down the aisle and see my son find the girl of his dreams.

In the past, when people asked why I run, I had a simple answer: “I don’t want to die.”

Now I’ve got a better one. I run because I want to live.

You WILL Be Ok
Jennifer Rothschild