How I Lied to Get a Bible 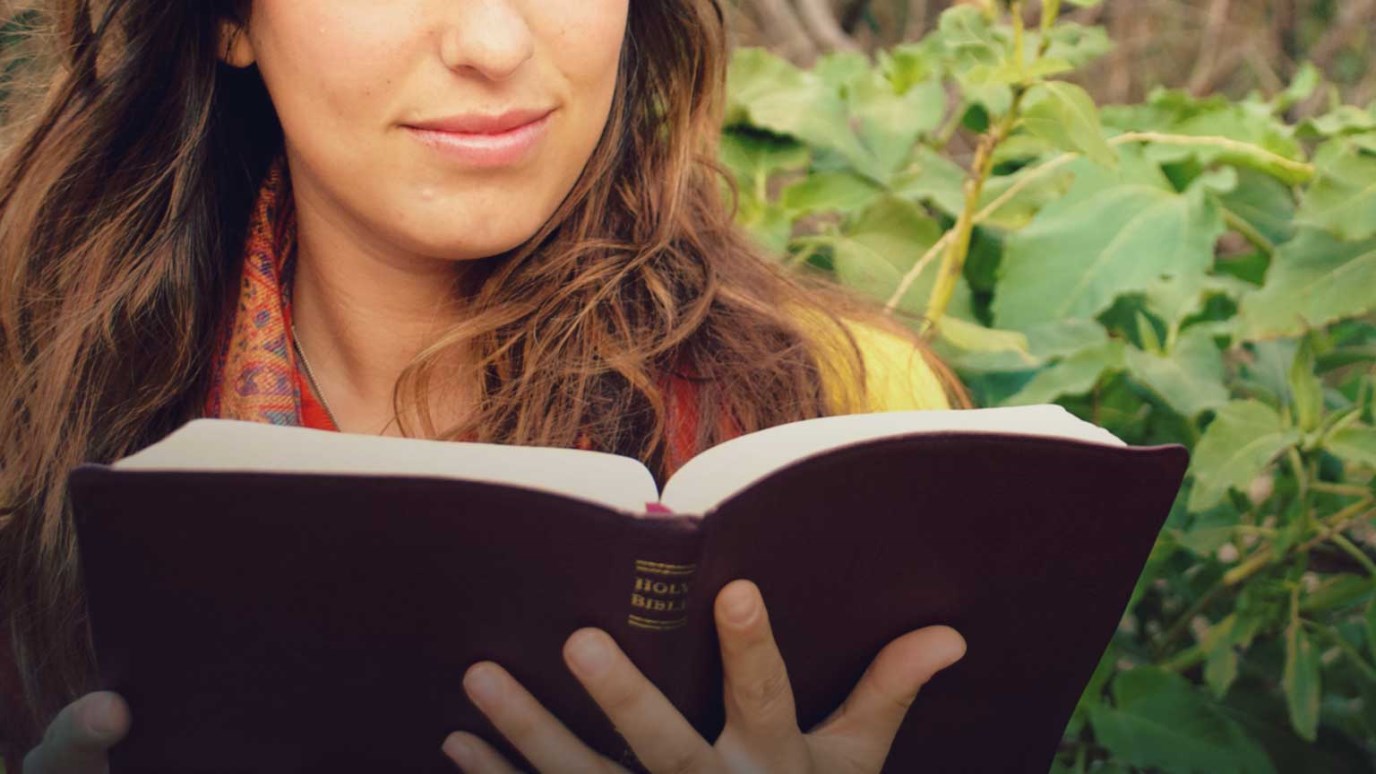 Kelly Levatino shares about her time as a new believer and discovering the truth about the Bible.

I became a Christian through a long process that culminated in November, 1999.  Once I decided that Jesus was really who He claimed to be – the One True God and the only Savior that could make amends for my failures – I thought it would be good if I read His book.

But I didn’t have a Bible.

Actually, I had a Children’s Bible my Catholic grandma had sent me when I was a child.  It was a thick volume with old-fashioned pictures, and we never read it.  It lived on the shelf of my closet my entire childhood.  After I became a Christian, I dug it out, opened it, and considered reading it.  But I felt silly, being 16 years old and reading a children’s Bible.

I didn’t have a job (read: money) or a car, so I wasn’t sure how I could get my hands on a real Bible.  And I was too embarrassed/fearful to ask my parents for assistance.  I just wasn’t sure how they’d react to my interest in the Bible.  We never talked about religious things, and I assumed it would be an uncomfortable conversation if I asked them for a Bible.

But God wanted me to have one.  I saved my allowance and asked my mom to take me to the bookstore so I could do some Christmas shopping.  While she was looking around, I snuck away to find the Bibles.  I stared at a WALL of books, all Bibles, and had NO idea how to determine which would be best for me.  I took a look inside a few of them and, ultimately, selected a cheap, readable Bible.  I took it to the cashier as fast as possible and never made eye contact with her as I handed her exact change.  I hoped my mom, being under the impression I had bought a Christmas gift for someone, wouldn’t ask me what I bought.  And she didn’t.

(My flesh STILL wants to justify that deception by saying, “I did buy a Christmas gift that day.  I bought myself a Bible for Christmas…  see?  I didn’t lie to my mom!”  But I can’t convince myself that’s true.  So my flesh tries a different approach, “Well, even if it was a lie, it was a justified lie – I was lying to cover up buying a BIBLE, for goodness sake!”  But I still don’t believe myself.  I’ve read too much Bible to sit here and pretend like the ends justify the means.  God NEVER supports doing the right things the wrong way.  And so the struggle with self continues…)

When I got home, I went to my room and opened the bag.  I pulled out the Bible, opened it, and stared at the pages.  What were these strange notations?  Why was each sentence numbered?  I read the tag, “Psalm 32:2″.  What was that colon about?  I didn’t understand.  I felt like I was looking at a foreign language.  I flipped back to the “Introduction” and read every single word, hoping I’d find instructions on how to read this book.

Thankfully, it explained that each book was divided into chapters (the big numbers, as it were), and the chapters were divided into verses (the small numbers, it turned out).  Feeling more informed about how to use the book, I decided to start reading it from the beginning.

Genesis began to explain to me how the earth and everything in it was formed.  It didn’t sound like anything I’d ever heard before.  I had never even heard of Intelligent Design or Creationism.  My science-loving dad had never spoken of this, not even as a mere possibility.  Whenever he taught me things about the universe and space and humanity, he explained things from an evolutionary stand point.  And I had always taken his word as truth because he was my dad.  His authority was all I ever needed as a child to believe what he was saying.  Similarly, the public schools I had attended my whole life had failed to mention there was more than one theory out there about the origin of the world.  But my teachers were my teachers, so I had trusted that they were teaching fact and truth.

As I sat and read this alternate idea as to how the universe was made and how people were created, I was fascinated.  I knew it was true.  In a similar way to how I just knew Jesus was God/Savior one day, I trusted this book without any need to verify its truth.  I read it most days, eager to learn what it had to say, but often not understanding the significance of what I was reading.

And that was ok in the beginning.  I was learning.  And you have to learn before you can question.

Forgiveness and Second Chances
Beyond the Ultimate

Desperate to Be Found
Life Today