How Good is Good Enough? 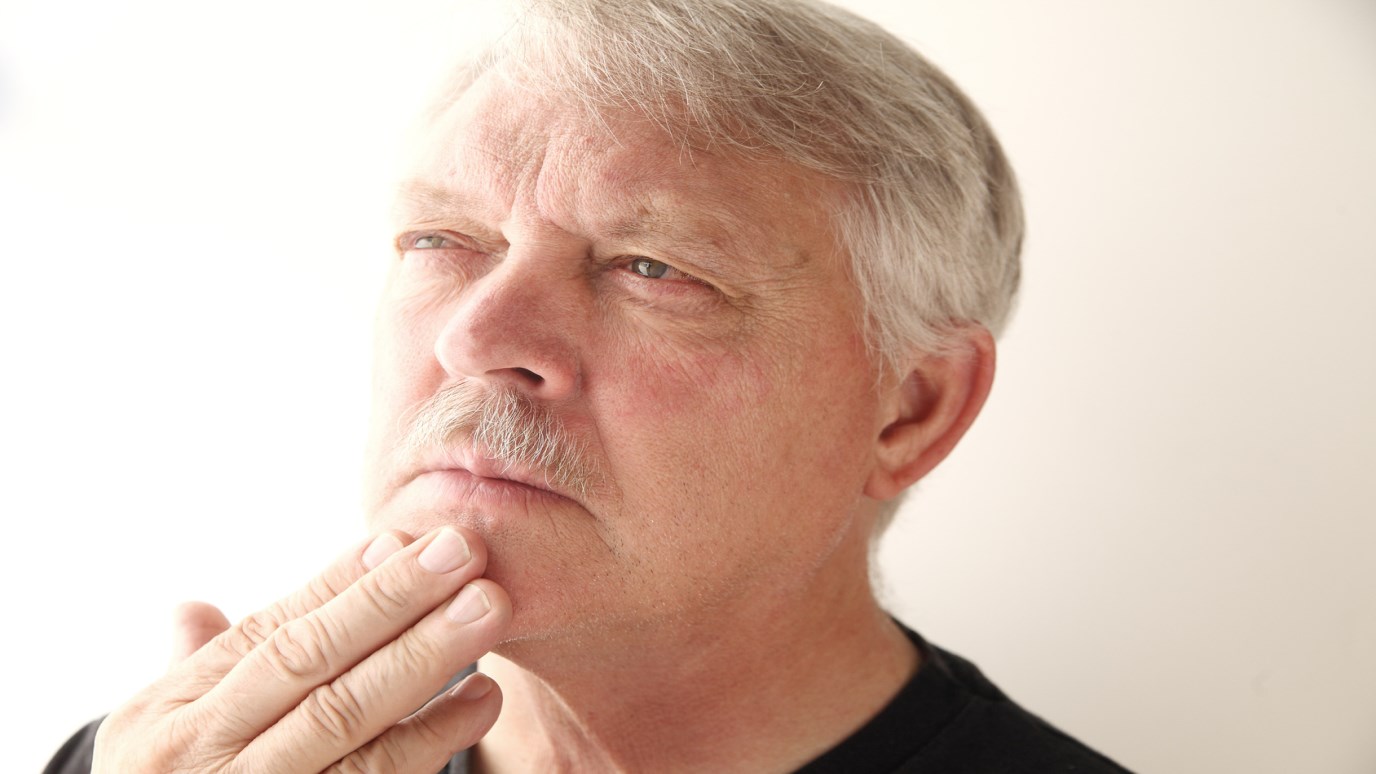 "Good people go to heaven" is one of the most ancient and popular assumptions in the world. Andy Stanley discusses why Jesus turned this notion upside down.

If you’re like most people, you believe that once you die, your soul goes somewhere. The logic flows something like this: There is a good God who lives in a good place reserved for good people.

Obviously, the criterion for making it to this place is to be and do good. Each religion has its own variations on the definition of “good,” but generally, men and women must do certain things and not do certain other things to get to this good place.

The logic behind this assumption seems fair, doesn’t it? After all, if you do well in school, you move to the next grade. If you do well on the job, you receive raises and promotions. Being rewarded for your efforts is part of our human experience and expectation. So it seems only fair that if you do well in this life, you should go to heaven.

What other view could there possibly be? Perhaps bad people go to heaven? Unthinkable! In spite of all their differences, the major religions of this world share one common denominator: How you live your life on this side of the grave determines your destination in the afterlife. So many experts can’t be wrong, can they?

Jesus taught the very opposite of what most people in the world believe. His standards were even higher than those found in Old Testament law, yet He taught that even the best professional do-gooders weren’t good enough to enter God’s kingdom. Furthermore, He claimed that God desires to give men and women exactly what they don’t deserve, including the “bad” people. Not only was this a major departure from the religious teachings of His day; it was a departure from anything that had ever been taught anywhere at any time by anyone. The whole idea was so unsettling and infuriating that the leaders of the religious establishment had Him arrested and crucified.

One particular incident brings eye-popping clarity to what Jesus actually believed. Luke records an exchange that took place between Jesus and the men being crucified on either side of him. One of the criminals who hung there hurled insults at Him: “Aren’t you the Messiah? Save yourself and us!” But the other criminal rebuked him. “Don’t you fear God,” he said, “since you are under the same sentence? We are punished justly, for we are getting what our deeds deserve. But this man has done nothing wrong” (Luke 23:39-41).

Notice that the second criminal readily admitted that his life was so horrible that he was actually getting what he deserved. Then he did the unthinkable: He asked Jesus to have mercy on him in spite of his worthless life. He said, “Jesus, remember me when you come into your kingdom” (23:42).

Keep in mind that this man wasn’t in any position to bargain. There was no “from now on”—the opportunity for doing good had come and gone. He’d come to the end, and there was no chance to make up for lost time. None of that mattered to Jesus.

Trying to get leverage by pushing up on the nail that pierced His foot, He managed to utter these words: “Truly I tell you, today you will be with me in paradise” (23:43).

Do you realize what it means that one of Jesus’ last acts before dying was to promise a criminal a spot in paradise? Clearly, He did not believe that good people go to heaven. Did He know nothing of justice? Jesus was operating off some other premise unknown to this world. It’s no wonder many refused to take His teachings seriously. He promised people precisely what they didn’t deserve.

Who is Jesus, anyway?

Jesus and His teachings can’t be blended with all the religions that claim good people go to heaven. He said things like, “I am the way and the truth and the life. No one comes to the Father except through me” (John 14:6). He didn’t claim to be a way—He claimed to be the way.

The Bible teaches that God chose not to give us what we deserve—we call that mercy. In addition, He decided to give us exactly what we don’t deserve—and that’s grace.

Of course, just because we know He claimed to be God the Son doesn’t automatically make His claims true. But this is undeniably true: He either was or wasn’t who He claimed to be. He was telling the truth or lying. His followers called it as they saw it, or they made up all those stories. But people are hesitant to embrace either side of those options, and nearly every major world religion views Jesus as special—just not quite as special as He claimed to be. Which is interesting, because when a person claims to be more important than he really is, that generally doesn’t garner support and respect.

So what about you? Who do you think Jesus is? This is an important question, one for which there are only four possible answers.

Jesus claimed to be the one-of-a-kind Son of God and equated himself with the Father. If you don’t accept His claims about Himself, then one logical possibility is that He was actually a liar who knowingly misled others. A second possibility is that He was delusional, and because He was so convinced, He was convincing. Neither of these options allows you to consider Him just a good man. A third possibility is that Jesus never claimed to be the Son of God, and those words were added to the story after He died. This is the safest and most convenient option, because you can be respectful of Jesus as a good man with good things to say about a good God, without having to accept or submit to His teachings.

But there are problems with all these options. If Jesus was lying or just insane, why would so many continue to follow Him after His death? Not only did His disciples continue to believe in Him and spread His teachings; they were all eventually arrested and/or put to death themselves because they claimed that He had come back to life. The resurrection of Jesus was the centerpiece of their message, and they claimed to be eyewitnesses. Either they witnessed the resurrected Jesus or they didn’t. Countless other men and women have died for a false belief system they believed was true, but none will give up their life for what they know to be a lie.

And while it is convenient to believe much was added to the gospels that Jesus didn’t actually say or do, this is a terribly complex view to hold and defend. To begin with, you have to come up with a motive. After Jesus died, it would have been much easier (and less risky) to simply spread His teachings like the disciples of every other religious figure who’s come and gone. There was no compelling reason to lie about His resurrection and expand on what He taught. In fact, His unique claims make His teaching offensive and difficult to accept. Why would anyone add anything that would subtract from the believability of the message? It just doesn’t make any sense.

This brings us to the final option: that Jesus is who He said He is, and that He came for the reason He said He came—to take away the sins of the world.

The reason good people don’t go to heaven is that there aren’t any good people. There are only sinners. No matter how much good we do, we all have the propensity to do things our way at another’s expense. And as much trouble as our selfishness gets us into, we continue to bow to it. After several millennia of human experience, we still haven’t found a way to rid ourselves of this “taskmaster”—what we need is to be saved, or delivered, from the self-centered tendency that rages within us. And we need to be forgiven for all the hurt we’ve caused as a result of our sin. The problem is, God’s law convicts me of my sin but does nothing to help me overcome it. The law declares me guilty, but it provides no promise of forgiveness. No matter how hard we work to keep it, the law offers provisions for neither.

Jesus, on the other hand, came to this earth to be both deliverer and forgiver. No one else in history has ever claimed to be either of those. And His appeal is not fairness, but grace.

The Bible teaches that God chose not to give us what we deserve—we call that mercy. In addition, He decided to give us exactly what we don’t deserve—and that’s grace. Romans 5:8 says, “But God demonstrates his own love for us in this: While we were still sinners, Christ died for us.” In other words, while we abandoned what was fair, God went beyond fair and paid for our sins Himself.

This means that every sinner is welcome. Everyone who gets to heaven gets in the same way. And everyone can meet the requirement. All three of these statements are supported by the most often quoted verse in the New Testament: “For God so loved the world that he gave his one and only Son, that whoever believes in him shall not perish but have eternal life” (John 3:16). Believing in Jesus is the only requirement. Believing means placing one’s trust in the fact that He is who He claimed to be and that you no longer trust in what you have done to get to heaven. It’s what He accomplished that really matters.

The good news is that good people don’t go to heaven. Forgiven people do.

The Battle of Desire
JR Vassar