How Do You Raise a Child in Slavery? 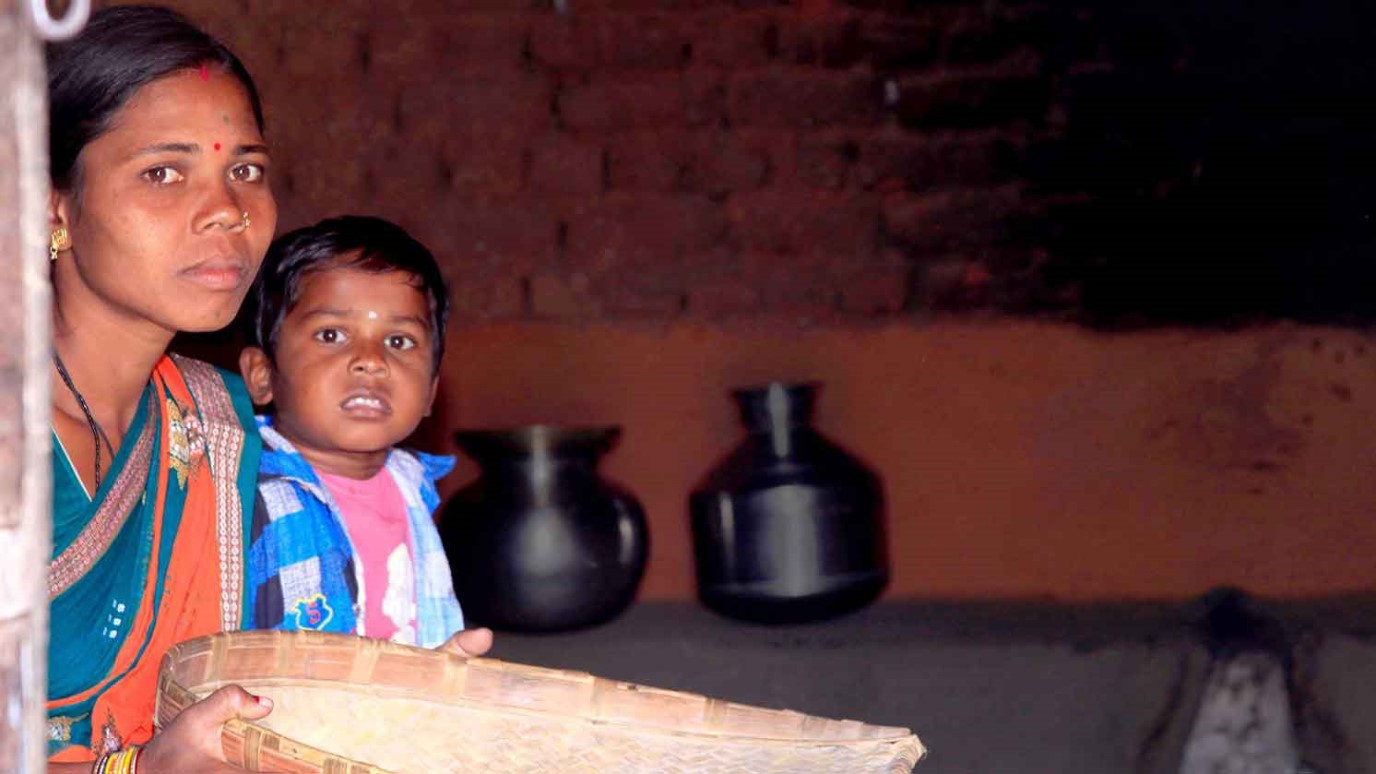 Enslaved on a dangerous farm, Damru and Hemanthi lived in fear of beatings and abuse—all while raising an infant son.

When Damru and Hemanthi first became pregnant, they were thrilled. But three months after their daughter was born, she ran a high fever. With no medical facility nearby, they had to wait until the morning to be transported to a doctor 20 kilometers away.

An hour after they arrived, their little girl died.

Crushed but determined to start a family, Hemanthi became pregnant again. This time, their baby boy only lived a matter of minutes. The word “grief” hardly begins to explain the pain Hemanthi and Damru felt.

So many in our world know this sorrow all too well. Wanting a fresh start, Damru borrowed money from relatives to begin construction on a new home.

When Hemanthi became pregnant a third time, they were overjoyed but cautious.

Soon after the construction on their home was completed, they welcomed a sweet, happy little boy named Durga into the world. Full of love and gratitude for this precious gift, they breathed a sigh of relief.

Despite their joy, they still needed enough income to pay back the lenders, so the small family found work in a city and their teenage nephew, Bhujbal, joined them.

They thought luck was on their side when they were offered well-paying jobs at a poultry farm in a state nearly 1,000 miles away. However, they soon realized the good job was a lie.

They were allowed to keep their clothes and cell phones but were immediately put to work scrubbing bird droppings from the floors and walls, all while their baby son lay nearby. The farm owner vaguely promised to build their living quarters later.

“But it never happened,” Hemanthi says. “We were forced to live inside the coop.”

When Damru and Hemanthi were done feeding, watering and disinfecting all 6,000 chickens on the farm every day, they were constantly worried about their son. With toxic chemicals surrounding them, little Durga regularly suffered from diarrhea, colds, coughs and skin allergies.

When it came time for bed, the family slept in a run-down barn with thousands of chickens. They arranged plastic sacks to keep from sleeping on the wet, rotten ground.

Scorpions and snakes would move near the family while they slept. Hemanthi remembers, “I used to put my son in between sacks of chicken feed to protect him from getting bitten by them. Every night we used to go to sleep not knowing if we will wake up the next morning.”

After losing two children, they could not stand the idea of losing another in this awful place.

When Hemanthi learned her mother-in-law was seriously ill, she pleaded with the owner of the farm to see her. By some miracle, Bhujbal and Durga were allowed to accompany her, but Damru was forced to stay behind and work.

At a train station, two IJM informants trained to spot signs of trafficking saw Hemanthi and noticed how distraught she appeared. When they began asking her about her situation, she was reluctant to talk with them, since she was afraid of being tricked again.

However, Bhujbal spoke up, and investigators and government officials were immediately called.

The race to rescue Damru was on.

Hemanthi managed to reach him on a mobile phone and told him about the plan to rescue him and reunite their family, but in his mind he only imagined two or three men would arrive for the rescue.

He says, “…I was awestruck at what I saw. Three vehicles full of people reached the farm. There were so many of them! I cannot forget that moment. Here Hemanthi had come to save me.”

If you were to meet Damru and Hemanthi today, you would walk down a narrow, dusty road in the Indian state of Odisha. Their village is small, and their home is plain and clean. Hemanthi carries little Durga on her waist and drops him off at preschool before heading to work at a local farm.

Today, you would meet two brave, resilient people. Free from slavery. Free to raise their child in peace. Free to live a joyful life.