How Do I Deflate My Teenage Son's Oversized Ego? 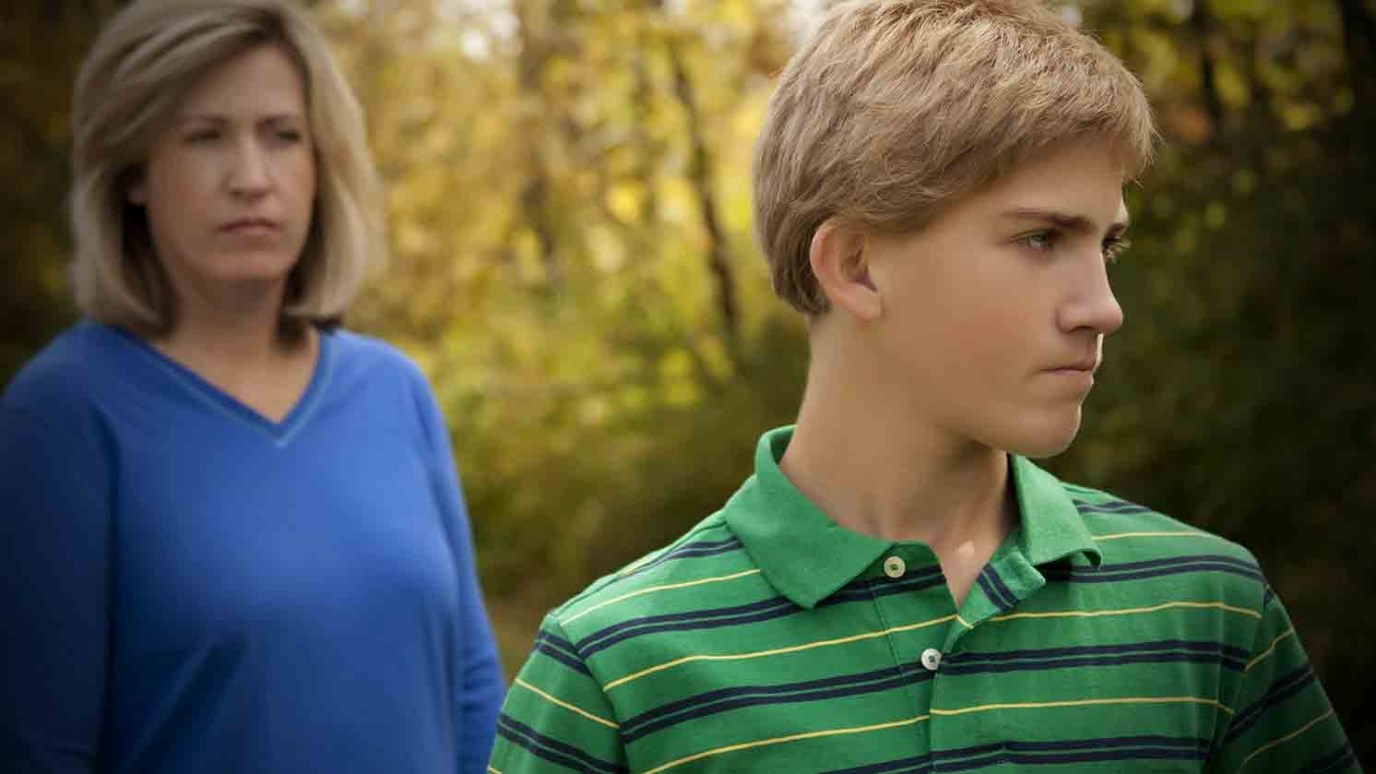 Your teenage son isn't as confident as he may appear. What's going on beneath the bravado?

I’m a single mom to two teenage boys, and because their dad was an arrogant man I’m highly sensitive to teenage cockiness.  I really want to teach the boys humility.  My 17 year old is fine, but my 15 year old is convinced he’s God’s gift to his school, every girl he meets, and the entire sport of soccer.  It is driving me crazy.  And the worst of it is: he actually is a great student, a charismatic boy, and an unusually gifted goalie.   He works hard, but I feel like I can’t say “good job” because it will just go to his head.  And he’s got such an inflated view of himself already.  I feel like I need to let some of the air out of his ego by reminding him that he’s part of a team who are all doing well, or that his buddy got just as good grades as he did, or that the girl he liked was turned off by his bravado.  But it hasn’t helped so far.  What can I do to bring him down to earth? – Crazed by cockiness

This might shock you, but your son may not be quite as cocky on the inside as he looks on the outside.  When I did my survey of teenage boys (ages 15-20), the large majority admitted that they weren’t as confident as they looked.  It was clear that in many cases, their bravado was just a front to cover a deep well of “do I measure up?” insecurity.

You think of your son as having a puffed-up head  -- almost as if his head is a balloon that has too much hot air in it.  So you figure that pricking his ego will let some of the air out of the balloon, and bring it down to size.  Right?   But if boys really do have self-doubt hidden under the surface, and if their cockiness is really just a mask to hide behind, then those things that puncture their ego are just going to make that insecurity worse and they will feel even more need to compensate for it.  More cockiness, more bravado, a bigger, stronger, mask.

Now, don’t get me wrong: in the heat of a close game, a well-trained soccer player isn’t figuratively biting his nails and filled with self-doubt.  The training kicks in, the adrenaline and testosterone surge, and if he’s a great player he probably is cock-sure in that moment that he’s going to save every goal.  But that’s different from being cock-sure about it in quiet moments of life before the game.  And it is different from being cock-sure about life in general.

So if the solution isn’t to let the air out of the balloon, what is it?

Well, you said you wanted to see humility in him.  I would argue that the secret to humility isn’t reigning in ego: it is raising up gratitude.  Gratitude for a set of skills, abilities, desires and life circumstances that, at the most basic level, he didn’t have anything to do with. They are simply a gift.  For each of us, humility comes from the knowledge that all we have — even the skills that we’ve labored and sharpened and honed — has been given to us by our Creator.

If you help raise your son’s awareness of that, a completely different attitude will grow.  He will begin to see:  I didn’t make myself fast on the soccer field.  I was born with that.  God gave it to me.  I worked hard to make myself better … but even that ability to work hard and be goal-oriented is a gift. And I was born in modern America, in a school and family environment where I can even play soccer at all.

So talk about that.  Praise that.  “God has given you some really special gifts.  I’m very proud of how hard you work and how directed you are to use them.”  With that as the context, I believe you should absolutely affirm the positive qualities in your son that are praiseworthy, without reservation.  For example, “You did a great job in that game.  You worked hard, practiced a long time on that move, and it came off great.”

Your son probably is longing for your sincere affirmation.  Hopefully, once he sees that it is not only you who view him as special – but that God does too – then you will see a true humility beginning to grow.

Be Grateful for Your Children
Great Commandment

Your Children and the Internet
Focus on the Family