How Could All the Animals Fit in the Ark? 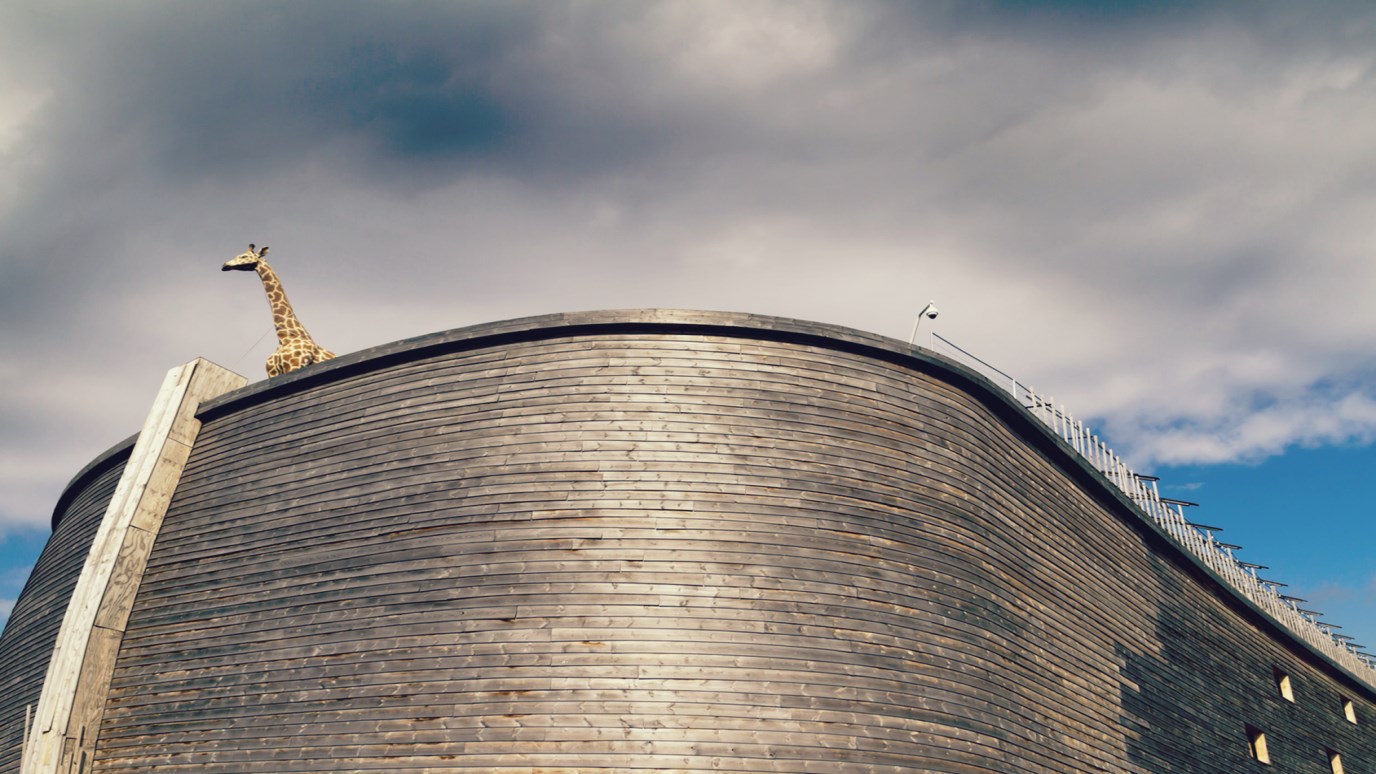 One of the objections to the biblical account of the flood concerns Noah getting all the animals into the ark.

One of the objections to the biblical account of the flood concerns Noah getting all the animals into the ark. An examination of the dimensions of the ark, as given by the Bible, sheds considerable light on this account.

John Whitcomb and Henry Morris, in their book, The Genesis Flood, did an exceptionally thorough job of analyzing the pertinent data relating to the physical dimensions and carrying capacity of the ark. They note that the ark would have been 437.5 feet in length, 72.92 feet in width, and 43.75 feet in height (figuring from 17.5 inches per cubit).

The ark had three decks (Genesis 6:16), so the total deck area was approximately 95,700 square feet, and the total volume 1,396,000 cubic feet. The gross tonnage of the ark would be approximately 13,960 tons, which is comparable to some large, modern-day vessels.

The carrying capacity of the ark would, therefore, be equal to 522 standard railroad stock cars, each of which could carry 240 sheep. The ark could have accommodated at least 125,000 sheep. Additionally, Genesis 6:14 tells us that besides having three decks, nests or rooms were constructed to house the animals.

Whitcomb and Morris additionally determined, by examining “the best estimates of modern taxonomy,” that there were less than 17,600 of the currently known species of mammals, birds, reptiles, and amphibians that would have needed the shelter of the ark.

Since there were probably a small number of species (or kinds) originally (given the facts of animal husbandry, accounting for a great deal of the diversity in the animal kingdom today, and given the fact that most dry land animals are smaller than sheep, and that it can be assumed that young and therefore smaller animals were taken) it is not at all inconceivable for the ark to have held sufficient number of animals, with room for food stores.

The concept of having animals on the ark that had within themselves the gene pools that would allow for the development of many different kinds of animals we have today must not be overlooked. The animals on the ark could well have been literal “genetic banks” that through the years of proliferation developed the varieties of animals we see today, as Henry M. Morris states in his book The Genesis Flood:

… a hundred years of… study in the science of zoology has brought to light some interesting facts concerning the amazing potentialities for diversification which the Creator has placed within the Genesis kinds. These ‘kinds’ have never evolved or merged into each other by crossing over the divinely-established lines of demarcation; but they have been diversified into so many varieties and sub-varieties (like the races and families of humanity) that even the greatest taxonomists have been staggered at the task of enumerating and classifying them.

Frank Lewis Marsh… illustrates his conception of how some of the typical baramins (from bara—“created,” and min—“kind”) might have become diversified before and after the Flood. He points out that over 500 varieties of the sweet pea have been developed from a single type since the year 1700; and that over 200 distinct varieties of dogs, as different from each other as the dachshund and the collie, have developed from a very few wild dogs. In further discussing the matter, Dr. Marsh writes:

"In the field of zoology a very good illustration of descent with variation is furnished by the domestic pigeon. The diversity in form and temperament to be found among strains of pigeons would stagger our belief in their common origin if we did not know that they have all been developed from the wild rock pigeon of European coasts, Columbia livia. It is extremely interesting to see the variations from the ancestral form which are exhibited in such strains as the pouter, the leghorn runt, the fantail, the tumbler, the owl, the turbit, the swallow, the carrier, the nun, the jacobin, and the homer. Different “species” names and possibly even different “generic” names would certainly be assigned to some of these if it were not known that they are merely strains of a common stock.’“