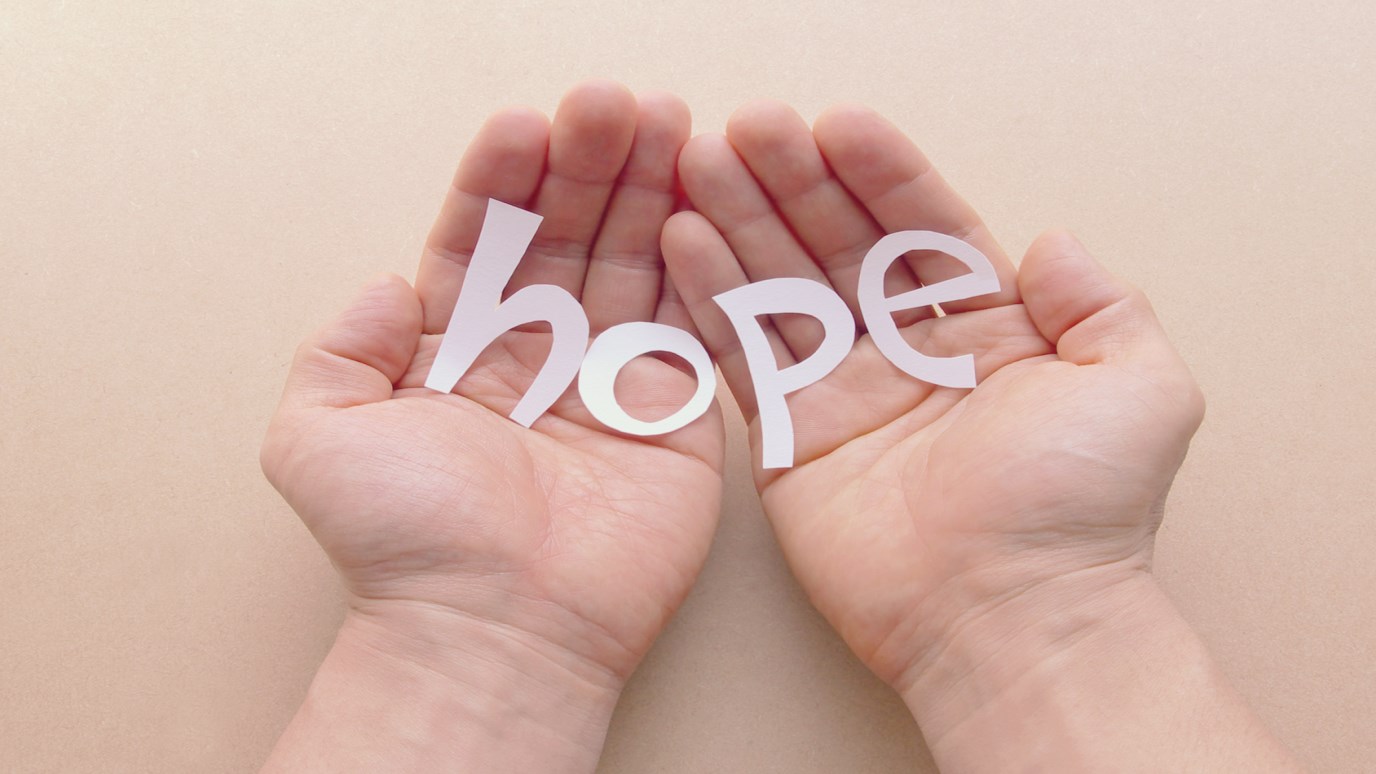 Mike Glenn explains how Jesus is the hope of the world. As Christ-followers, we’re called to live in hope. Hope changes people.

Recently, I read an interesting story of human behavior. Scientists studied a number of people whose lifestyles were causing health problems. They were looking for ways to help people change their negative behaviors.

So, what did work? Hope.

Talk to a father about walking his daughter down the aisle at her wedding and he’ll do whatever he has to do to be there. Tell a mother about watching her children grow up and she’ll pay whatever price she has to in order to be there for them.

Hope changes people. That’s why the gospel of Jesus Christ is such good news—such good and powerful news.

We believe Christ has a future for us. We believe He’s working His future in us now. We believe the resurrection of Jesus is the greatest experience of hope ever known by the world. Not even death can keep Jesus from His reconciling work.

I guess Paul knew what he was talking about when he wrote, “And not only that, but we also rejoice in our afflictions, because we know affliction produces endurance, and endurance produces proven character and proven character produces hope. This hope will not disappoint us, because God’s love has been poured out in our hearts through the Holy Spirit who was given to us” (Romans 5:3-5).

This is the hope that drives us.

This is the hope your neighbors want to hear about.

Jesus is the hope of the world.

He Will Uphold Us
Dr. Bill Bright
Follow Us
Grow Daily with Unlimited Content
Uninterrupted Ad-Free Experience
Watch a Christian or Family Movie Every Month for Free
Early and Exclusive Access to Christian Resources
Feel the Heart of Worship with Weekly Worship Radio
Become a Member
No Thanks