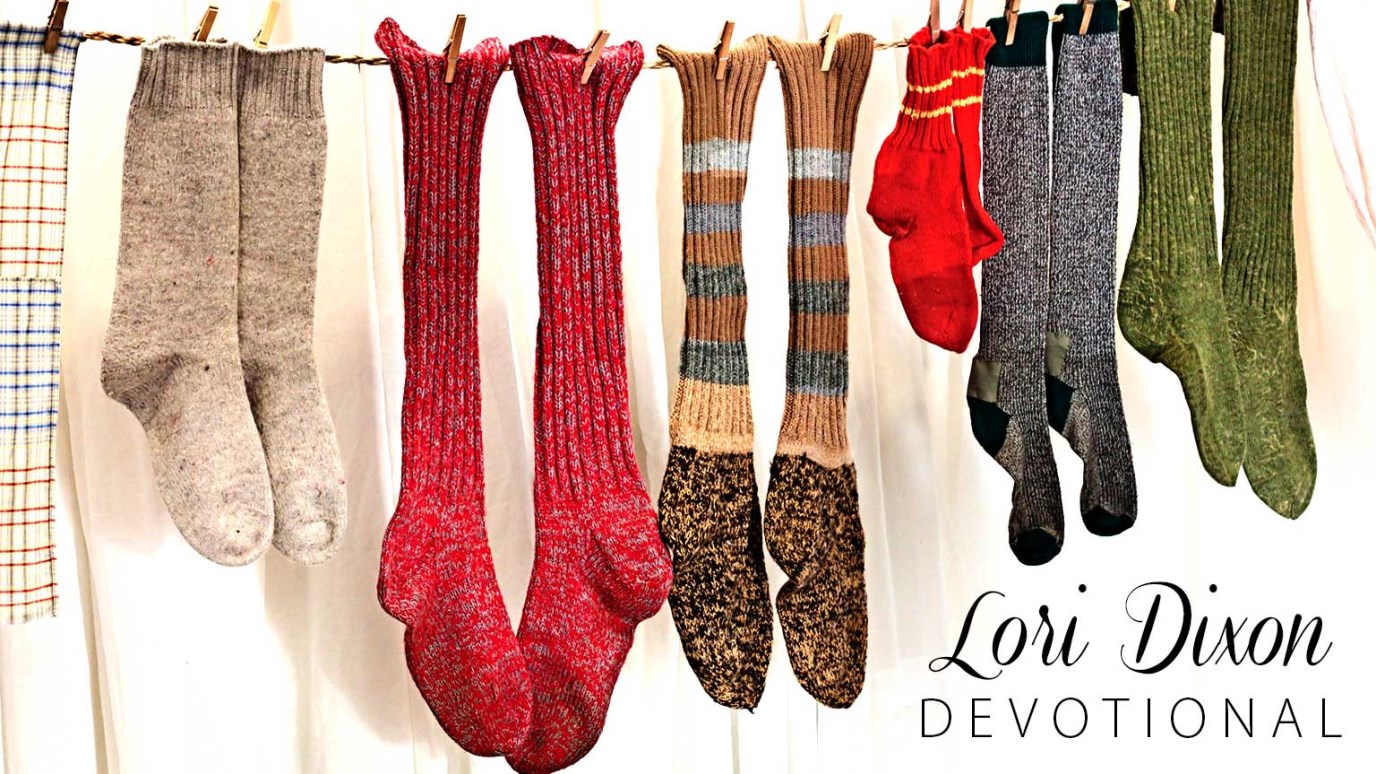 Lori Dixon tells a story about her life to remind readers that the Lord looks at the heart, not anything else.

A friend of mine, Faith, gave me a picture of three teen girls from north of the Arctic Circle that she had been ministering to. They were posing in front of the altar at their church and were shoeless, (I guess the snowy boots are left at the door). The first thing that struck me was that two of the girls didn’t have matching socks.

Now, don’t judge me – I am just telling the truth here. And I noticed because my two girls do the same thing! And worse than just unmatched, some of my girls’ socks have holes in the bottom or toes as well. I just don’t get this new generation who don’t give any mind to their socks . . . and I thought this phenomenon was just limited to our small city, but no – it’s reached beyond and into the Arctic!

As a stay-at-home mom, my daughters were assigned age-appropriate tasks from an early age. One of the first jobs they were given was to dig through the laundry basket and match up everyone’s socks. That being said, it’s clear that they know how to match socks; they just don’t care to do so.

Nor do these young women from the territory of Nunavut. I guess you could say when it comes to sock matching, they’ll have none-of-that in Nunavut. (Sorry, I just couldn’t resist).

At first, the old OCD mother in me would cringe and stew over my teenage daughters leaving the house ‘unmatched’, but then one day I realized that maybe, just maybe, I’d raised Marys instead of Marthas. Maybe their hearts were turned towards things ‘better’ rather than ‘perfect’. And, as Martha Stewart would say, ‘It’s a good thing’. After all, the Lord looks at the heart – not the feet.

Father, I thank You that You have provided us with more than enough and that my children have clothes on their backs and socks on their feet. Help us as parents to keep our eyes and prayers focused on their hearts and not what they’re wearing. Holy Spirit, I pray that You would continue to change my view as You are also changing my heart. In Jesus’ name, Amen!

Open My Eyes That I May See
John Piper