Holding on to Life 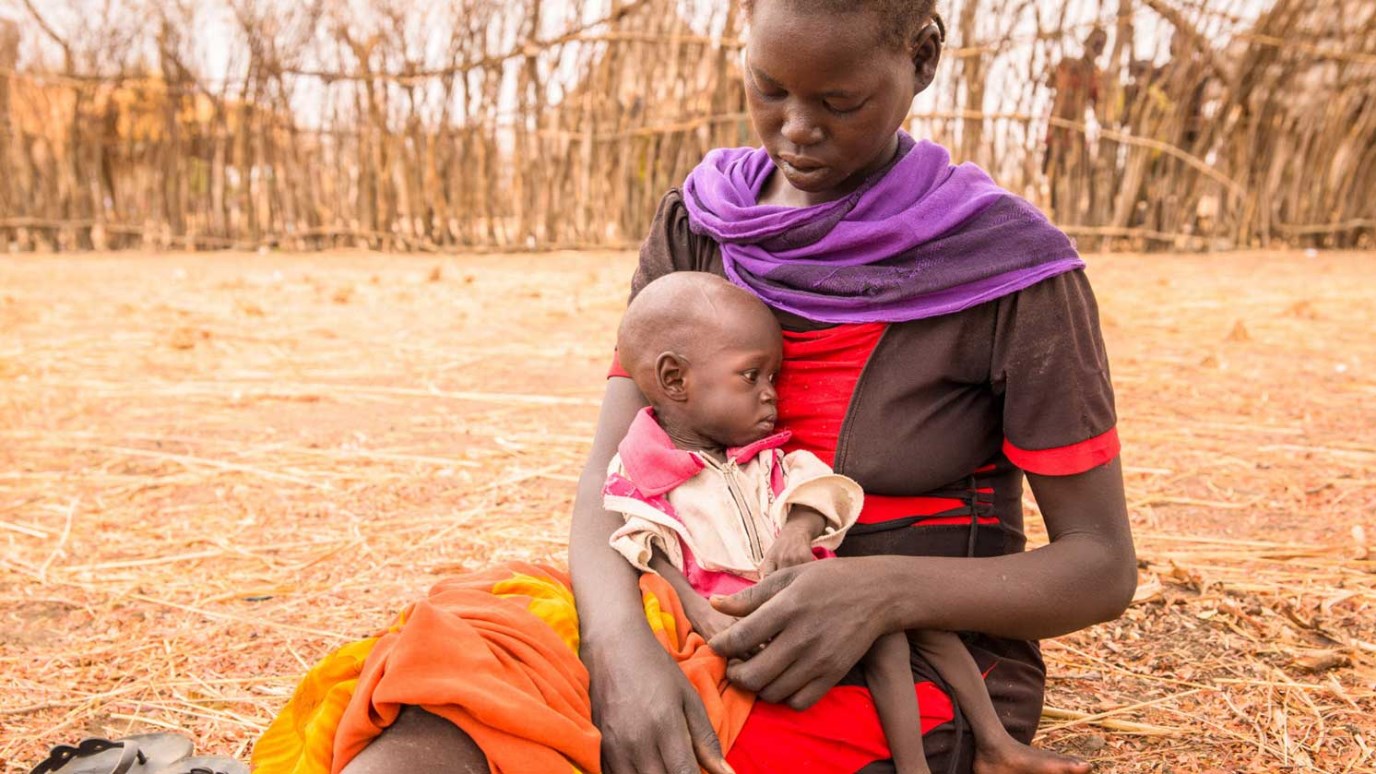 Weary after a three-hour walk, Adele Bol and her daughter, Akir, wait for a food distribution in drought-stricken South Sudan.

Ten-month-old Akir is severely malnourished, so are Adele’s two other children that she left at home.

“I haven’t eaten in days, and that’s why I don’t have any breast milk to feed my daughter,” says Adele.

She has received food from World Vision and has also been advised to go to a health center.

Close to 40 percent of the population struggles to get enough to eat, and children are among the most vulnerable. More than 360,000 children under five are estimated to be suffering from severe acute malnutrition, and the situation continues to worsen.