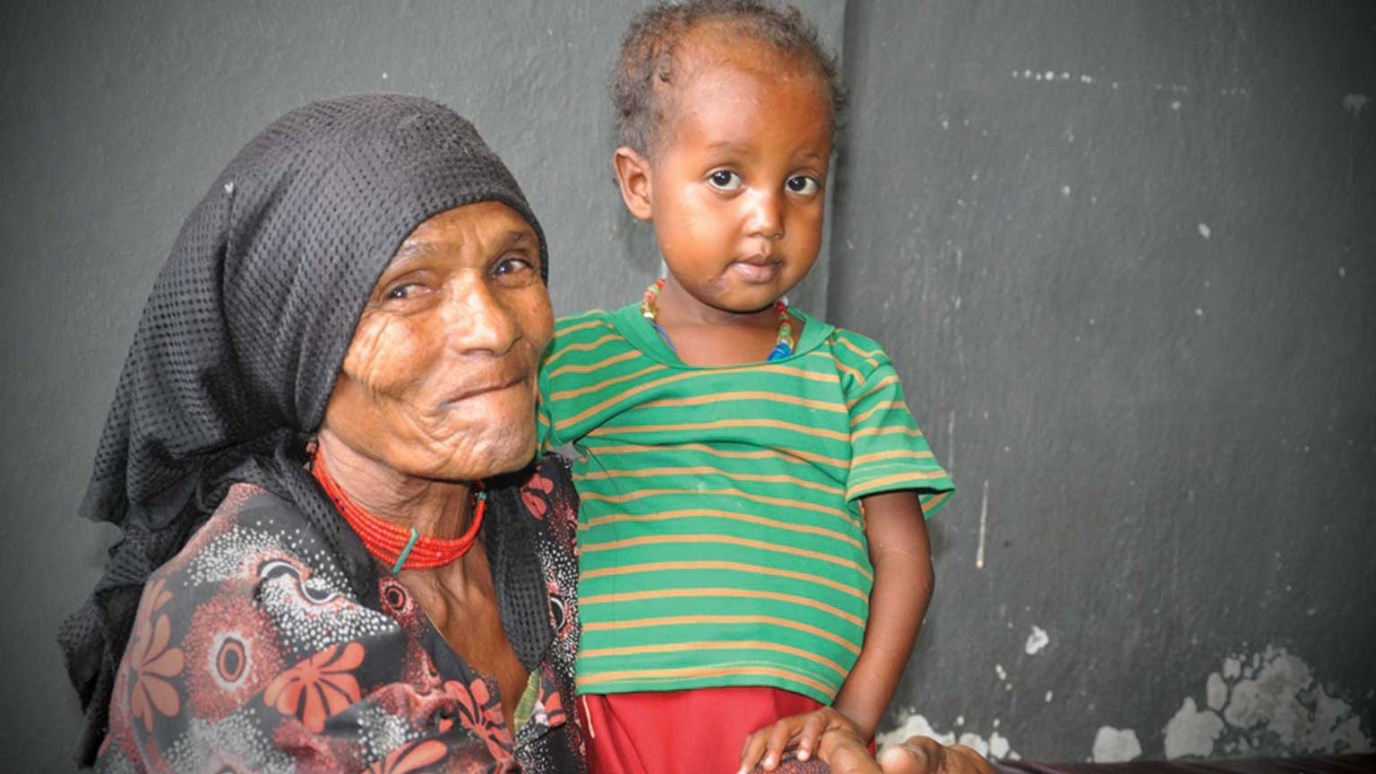 By the time Rehimi was admitted to the health center for treatment she was weak, and her face, hands, and feet were swollen.

“Thanks to God, now she survived after medication and close follow up of the health workers,” says grandmother Aysha.

Jeju district in Ethiopia’s Oromia region, with a population over 143,000, is among the areas worst affected by drought. According to the district bureau of agriculture, more than 46,000 people, including 25,000 children, need food aid.

Ethiopia is facing its worst drought in 30 years, following the failure of spring/belg rains that planting and livestock production across the country. The government of Ethiopia says 8.2 million people are in need of emergency food aid.

World Vision staff are launching efforts to provide as many as 600,000 people across Ethiopia with food, nutrition, and livelihood assistance, as well as access to clean water.