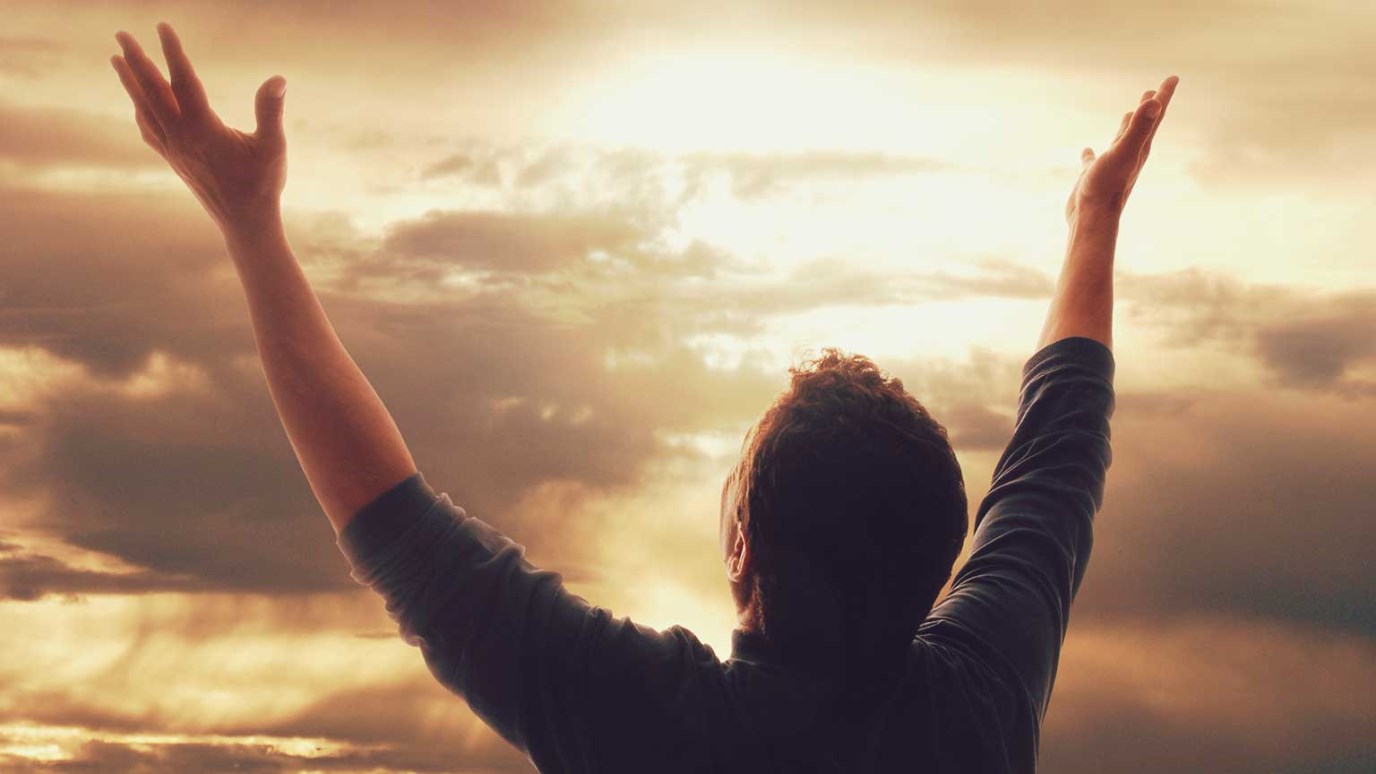 If you will say, "Lord God, here is my zero," God will just come and stand in front of your zero and all of a sudden you will discover that your zero is ten.

After this Jesus went away to the other side of the Sea of Galilee, which is the Sea of Tiberias. And a large crowd was following him, because they saw the signs that he was doing on the sick. Jesus went up on the mountain, and there he sat down with his disciples. Now the Passover, the feast of the Jews, was at hand. Lifting up his eyes, then, and seeing that a large crowd was coming toward him, Jesus said to Philip, “Where are we to buy bread, so that these people may eat?” He said this to test him, for he himself knew what he would do. Philip answered him, “Two hundred denarii worth of bread would not be enough for each of them to get a little.”

One of his disciples, Andrew, Simon Peter's brother, said to him,  “There is a boy here who has five barley loaves and two fish, but what are they for so many?” Jesus said, “Have the people sit down.” Now there was much grass in the place. So the men sat down, about five thousand in number. Jesus then took the loaves, and when he had given thanks, he distributed them to those who were seated. So also the fish, as much as they wanted. And when they had eaten their fill, he told his disciples, “Gather up the leftover fragments, that nothing may be lost.” So they gathered them up and filled twelve baskets with fragments from the five barley loaves left by those who had eaten. When the people saw the sign that he had done, they said, “This is indeed the Prophet who is to come into the world!”

If you will say, "Lord God, here is my zero," God will just come and stand in front of your zero and all of a sudden you will discover that your zero (0) is ten (10). If you can get an accurate enough picture of yourself to say, "Lord, I am two zeroes," He will come and stand in front of you, and all of a sudden your two zeroes (00) will equal one hundred (100). In rare instances in the history of the church, men and women have been able to say, "Lord God, here is my triple zero. (000)." That's how "one can chase a thousand and two put ten thousand to flight." (See Dent. 32:30.)

God is always willing to come and stand in front of your zeroes. But you know, if you put your zero on the other side of Christ, then immediately the decimal point is there and it's only a fraction and He won't do a thing. Come to the Lord and present your nothingness and He'll stand by you and will turn your cipher into power. When the disciples asked the question, "What are these loaves and fishes (my zeroes) among so many?" Jesus simply answered, "Let's get on with the job. Make the men sit down."

John's account says, "Now there was much grass in the place; so the men sat down, in number about five thousand. Jesus then took the loaves, and when he had given thanks, he distributed them to those who were seated; so also the fish, as much as they wanted" (John 6:10-11). In Mark's narrative of this same event, he wrote that Jesus "broke the loaves, and gave them to the disciples to set before the people" (Mark 6:41).

It is very interesting to know what happened at those moments when the food was being distributed. Jesus put some broken pieces of the loaves and the fish in each one of the twelve baskets. The creation took place in the basket-right in the hands of those who were working for Him. The disciples passed through the crowd and everybody began to take, and take, and take-the food was created as fast as anyone could take one handful. And if anybody had faith enough to come back and take three pieces off, why, it was filled right up again. When everyone had all he could eat, the Bible says, there were twelve baskets of fragments remaining.

When I was a small boy, I thought those twelve baskets were full of leftover scraps. As a child I was taught that I had to be very careful and eat everything on my plate because "the scraps were picked up after the five thousand were fed." However, I do not now believe that to be true. I wouldn't be at all surprised if there were quite a lot of scraps lying around on the grass and that the birds came and got them the next day.

The disciples' baskets were just as full when everybody was served as when they started. The Lord was saying to them, "I have put into your hands that which you can distribute. The more people take from your baskets, the more your baskets will remain full." The twelve baskets were not full of scraps, but of undistributed bread. What is Jesus teaching? He is teaching, "I am Jehovah God."