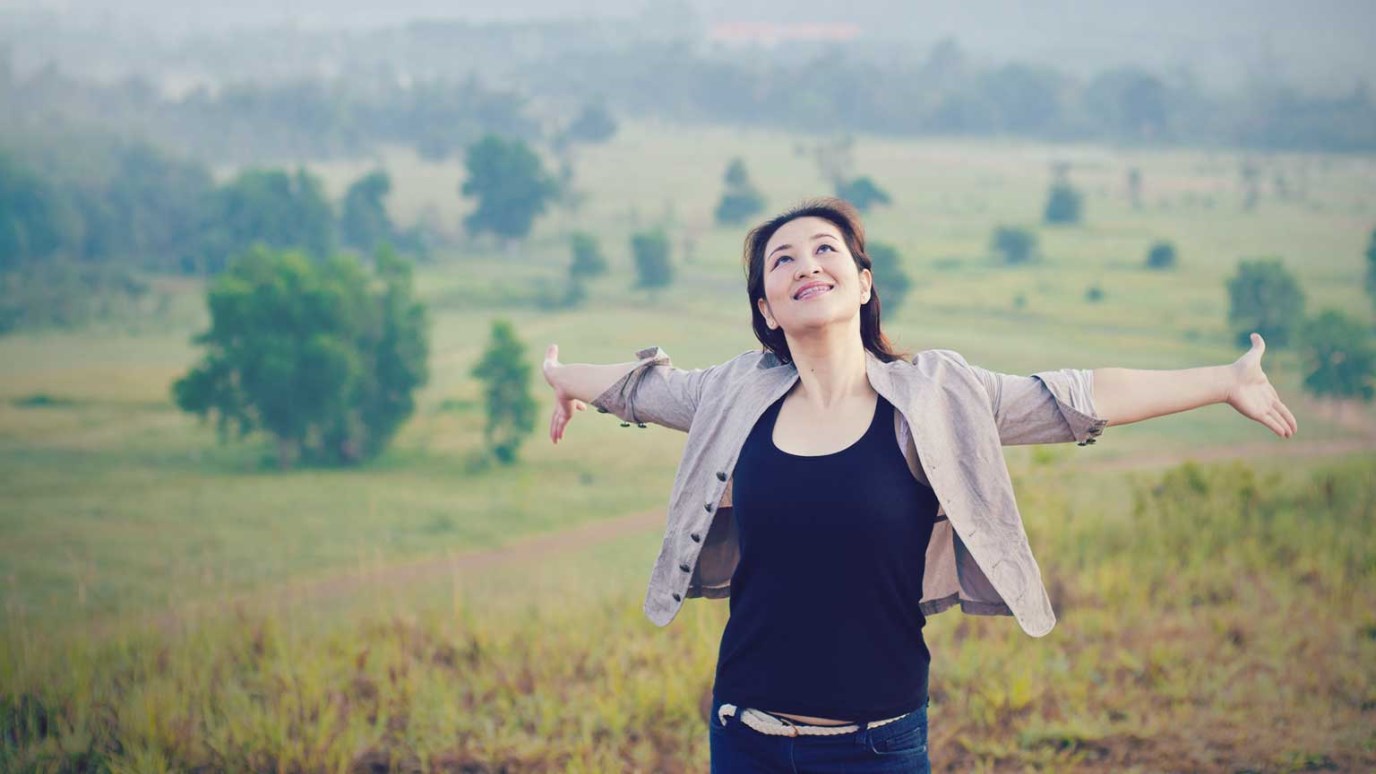 No matter what storm your life is going through right now, God is there – just waiting to replace your fear with His peace.

The year was 1969, and her name was Camille. In those days, hurricanes were only named after women, and so in the summer of ’69, the world was introduced to “Camille.” She was to hit the Gulf of Mexico with such force that the entire gulf coast of the southern United States battened down its hatches, preparing for the worst.  Especially the city of New Orleans. The warnings were issued. The storefronts were boarded. The sirens were blaring and the residents were terrified. I know. I was there. I was five years old.

Dad was in Vietnam and would be gone for an entire year. Mom and I lived alone in a one-bedroom, low-rent apartment in a suburb of New Orleans, just yards away from the banks of the Mississippi River. I can remember the night of the hurricane vividly, but only in bits and pieces. I remember having no electricity and hearing the wind rattle the windows, wondering if they were going to break. I can remember watching the trees bend over sideways, looking like rubber, as the storm gained in strength. And the rain… the sound of it on the windows was almost loud enough to drown out the roar of the wind. Almost. This storm was the “Katrina” of its day… a Cat 5 hurricane.

But the part of that night I remember most, the part that my little girl heart clung to in the midst of the storm, wasn't what was going on outside my room. It was what my Mom was doing inside. We were scared. No, we were petrified. There was no place to run. We were going to weather this storm. And as we did, in the darkness of our bedroom, Mom began to pray. On this terrifying and stormy night, holding onto a frightened five-year-old-child, my Mom reached through the darkness to God. And in that moment, her loving Heavenly Father reached back… and held onto us both. God was in the middle of our storm.  And He brought peace.

Our reading for today involves another storm, and Mark chapter 4 finds the disciples right in the middle of it. Mark tells us that they were on the sea when great winds rose up and tossed their sturdy boat around like a toy. And where was Jesus? After finishing a long day of ministry, Jesus was sound asleep in the back. Now, as you can imagine, this ruffled the already wind-blown feathers of the disciples, and so, in a panic, they woke Him up. Verse 39 tells us what happened next.

When He woke up, He rebuked the wind and said to the water, "Quiet down!" Suddenly the wind stopped, and there was a great calm. Mark 4:39

The disciples didn’t have to worry. Jesus was with them in their storm; and wherever He is, there is peace. The disciples saw it. Mom and I felt it. Jesus delivers it.

When reflecting on life’s storms, Emerson said, “The wise man in the storm prays to God not for safety from danger, but for deliverance from fear.”

No matter what storm your life is going through right now, God is there – just waiting. He'll wrap His loving Arms around you, and replace your fear with His peace.

And just like the disciples… just like my Mom and me… all you have to do is ask.