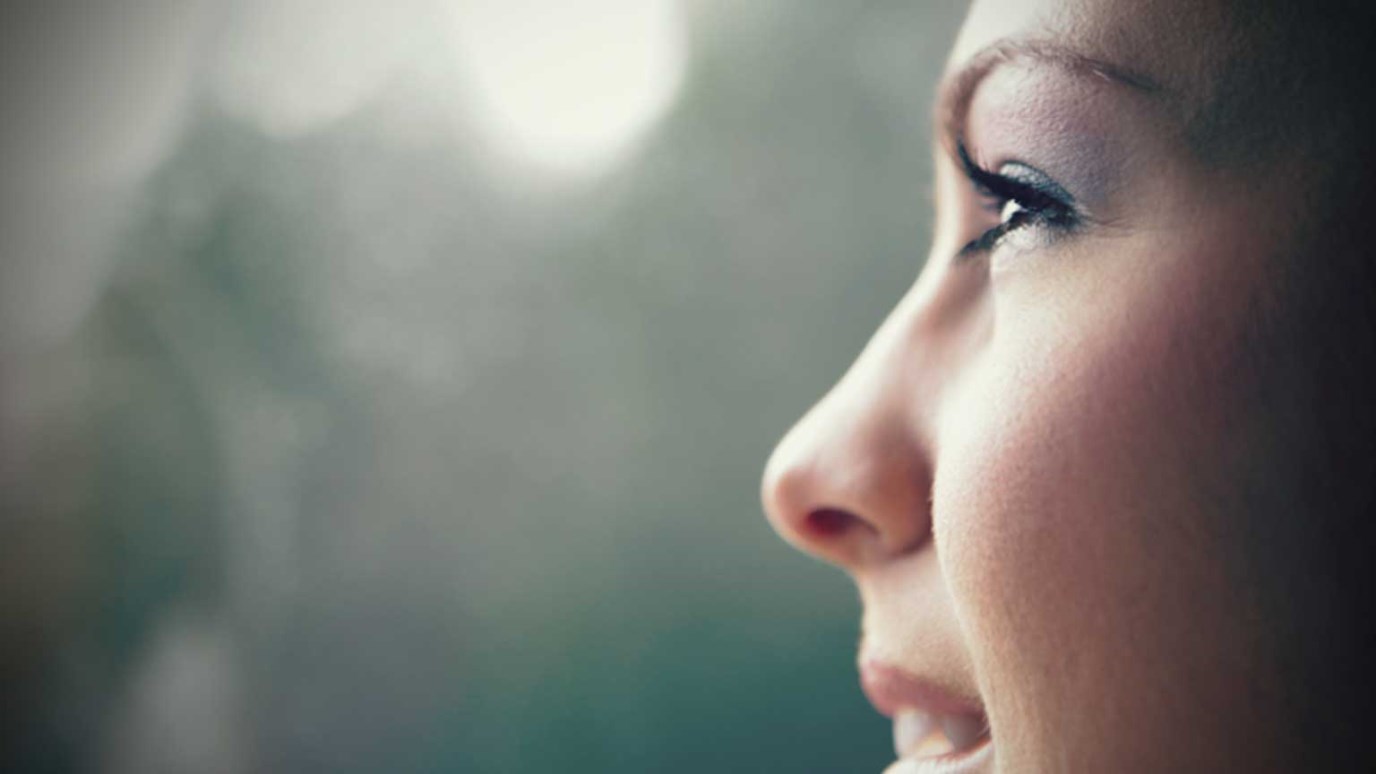 We are undeserving of God's love, yet despite our sins, He loves us.

A few years ago the number one song on the country music charts, for several weeks running, was a ballad called "The Girl."  The artist was John Michael Montgomery and the lyrics told a sad story.  The song was about a little girl who hid behind the couch while her drug addict mother and alcoholic father continually fought.  Her only exposure to God was to hear His name angrily spoken in profanity.  She soon found herself all alone as her parents eventually died in a murder/suicide.

The state placed the little girl in a foster home where there were "kisses and hugs every day." For the first time in her life she attended Sunday school, where she saw a picture of Jesus hanging on the Cross.  Noticing her curiosity, the teacher asked the little girl the identity of the Man in the picture.  And what the little girl said in this country music ballad beautifully sums up the message in our Scripture reading.  A little shyly at first, she said barely above a whisper, "I don't know His name, but I know He got off [the cross] because He was there in my old house. He held me close as I hid behind our couch the night my parents died."

As we’re reading through this portion of Luke chapter 13, we find that the majority of our text is made up of the direct words of Jesus Himself.  And while our reading is filled with words of wisdom from this divine Teacher, the Scripture we'll focus on highlights His tender heart of compassion.  For even the fickle city with a sordid past – that now held in its future His crucifixion – held a dear place in the heart of Jesus.  Just listen to His heart…

"O Jerusalem, Jerusalem, the city that kills the prophets and stones God's messengers! How often I have wanted to gather your children together as a hen protects her chicks beneath her wings, but you wouldn’t let Me."  Luke 13:34

The compassionate heart of Jesus extended beyond the past crimes of the mighty city.  And it’s important to note that He was not deceived into thinking that Jerusalem was some Middle Eastern Shangri La.  In recounting its history Jesus proved that.  No, His love for this city was not based on anything they did to deserve it.  But He loved it just the same.

In the same way, His love for you and me isn't conditional on whether we deserve it.  We’re even told in the book of Romans that while we were in our sins, Jesus died for us.  His love is unconditional.  We just need to accept it.  Jesus longs to reach in and bring peace where there is chaos, comfort where there is pain.  Someone who experienced this comforting relationship with God was David.  Reading from the book of Psalms, chapter 57, let's hear his heartfelt cries to God.

Have mercy on me, O God, have mercy! I look to You for protection.  I will hide beneath the shadow of Your wings until this violent storm is past ... my God will send forth His unfailing love and faithfulness.  Psalm 57:1, 3b

The faithful compassion of God.  That's what this passage is all about.  And whether He holds us beneath the shadow of His wings, or like the little girl from the song, in the shadow of the couch, it’s all the same.  The answer to our storm is that He holds us.

The question in our life is... do we let Him?