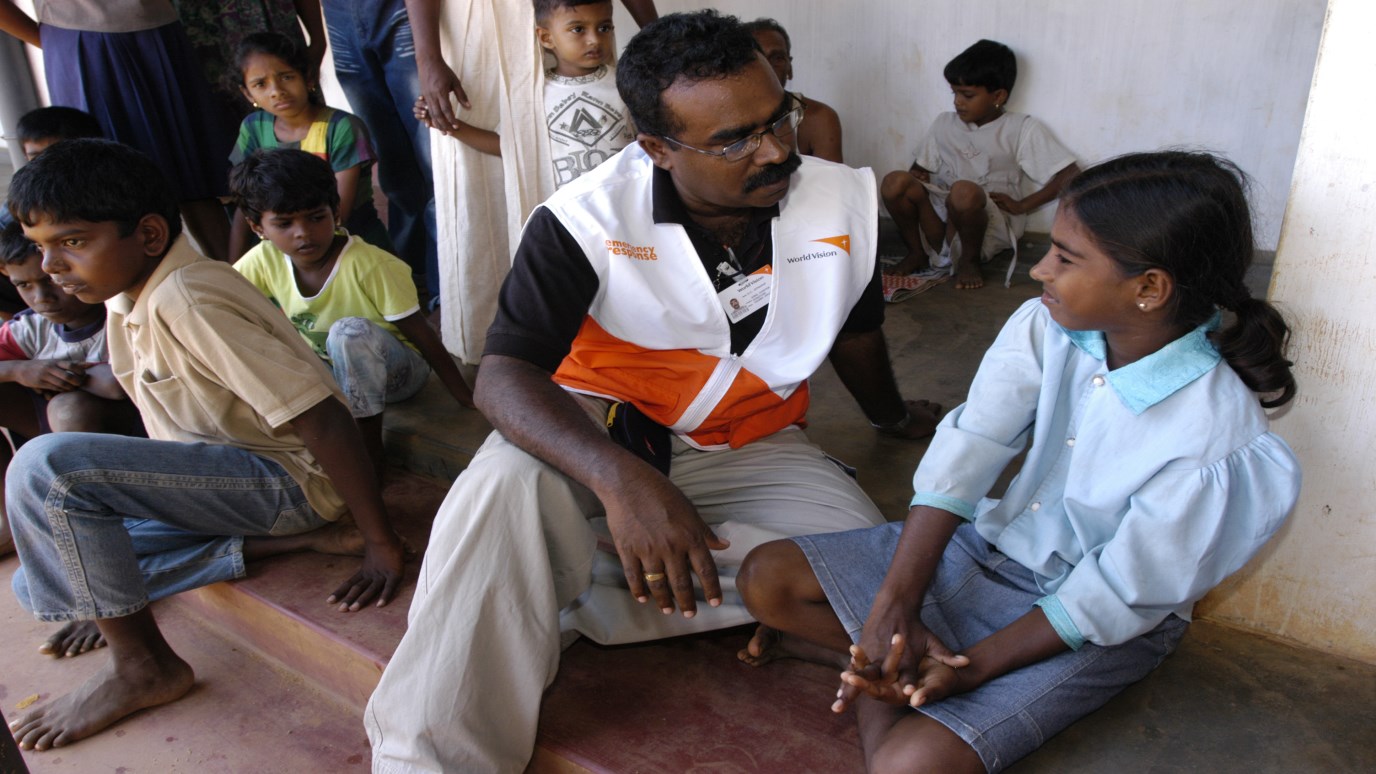 Every one of us can be a hero of the faith when we are willing to be used.

Image: After a tsunami struck Sri Lanka in late 2004, Clarence worked twenty-hour shifts and did whatever he could to help others.

I do not have time to tell about Gideon, Barak, Samson and Jephthah, about David and Samuel and the prophets, who through faith conquered kingdoms, administered justice, and gained what was promised; who shut the mouths of lions, quenched the fury of the flames, and escaped the edge of the sword; whose weakness was turned to strength; and who became powerful in battle and routed foreign armies (Hebrews 11:32–34).

The tsunami hit without warning. In less than thirty minutes, tens of thousands of people died, and hundreds of miles of coastal villages were washed away. Just fifty yards from the sea in Batticaloa, Sri Lanka, the roof had been torn off a three-story building indicating a wave at least forty feet high. I could see into a room on the third floor of this abandoned shell of a building. It was obviously the room of a teenage girl who had covered her walls with magazine covers and posters of pop stars. I don’t know if she survived.

World Vision’s Regional Operations Director Clarence Sutharsan was at home with his family that Sunday morning, far enough from the ocean to be safe. His phone rang, and he heard the frightened voice of the wife of one of his managers saying that the water had overwhelmed their home and they needed to be evacuated. With no thought for his own safety, Clarence jumped into his vehicle and rushed to help them. He drove through three feet of standing water and moved them to safety. Then Clarence mobilized five other vehicles and hurried to the coastline to rescue the injured. Sadly, few were injured; most were dead. On the first day alone, Clarence moved some seventy-five bodies. In the days that followed, he worked twenty-hour days burying the dead. He told me that what he witnessed that day will forever haunt him: the bodies of men, women, and children battered and twisted, strewn across the beach, trapped inside of homes, and draped in trees. Clarence is one of my heroes. This humble man of God was thrust by circumstance into something horrible, and he responded by doing whatever he could to help his fellow man.

Hebrews 11 has been called the “Faith Hall of Fame” because it recounts the heroism of people throughout Scripture who paid a great price for their faith. Clarence is just such a hero of the faith—not only because he rose to the challenge on that day, but also because he laid down his life in the service of Christ years earlier. Clarence was there that day because he had long ago committed his life to serving God, whatever the cost. The writer of Hebrews said of these heroes that “the world was not worthy of them” (11:38). Thankfully, many such heroes serve Christ today, and not just in faraway places like Sri Lanka, but in places right where God has placed you. Today’s heroes of the faith can be found working with youth in the inner city, comforting the dying in hospice care, supporting a struggling single mother, spending their time with a disabled child, or visiting each day with an elderly shut-in. Each one of us can be a hero for Christ if we intentionally seek to imitate Christ’s compassion and love for people. But we have to be willing to pay the price. You see, heroism always comes with a cost.

Excerpted from He Walks Among Us, a devotional book by Rich and Reneé Stearns, with photos by Jon Warren.