Helping My Homeland: Why I Sponsor a Child in India 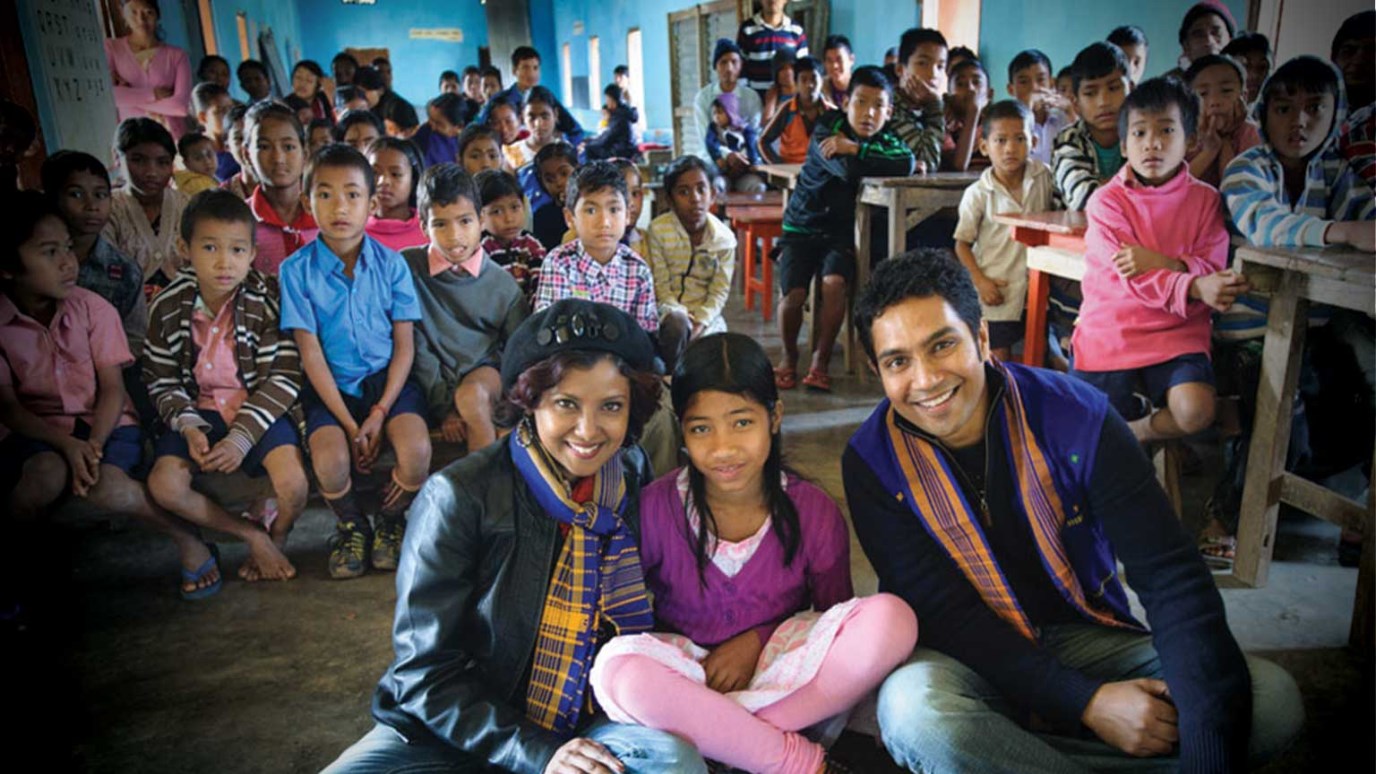 Aparna Sen, a World Vision sponsor, shares how her experience as a child growing up in Calcutta has shaped her desire to help girls in India get an education.

Aparna Sen, a World Vision sponsor, shares how her experience as a child growing up in Calcutta shaped her desire to help girls in India get an education and avoid discrimination and early marriage.

Recently, Aparna and her husband, Ritwick Dhar, had the opportunity to travel to India to meet 12-year-old Rebika, whom Aparna sponsored after becoming acquainted with World Vision and our work in her native country.

I grew up in Calcutta, a crowded metropolis in eastern India that prides itself on its literary and cultural values. I was lucky to attend a school that taught the value of teaching, compassion, and contributing toward one's society.

One day each week, we would go to rural elementary schools in the outskirts of our city and teach young kids for a few hours. Our principal said we were "creating ripples in the pond" -- her way of telling us that change starts with the individual.

Some of those schools lacked chairs, tables, electricity, and even rooms to teach in, yet each of those schools had many students. Most of them were boys -- and even at that age, that struck me as odd. I promised myself that when I grew up, I would try to play a role in educating girls.

Destiny brought me to the United States in pursuit of higher education in 1994. Like most of my peers, I was caught in the whirlwind of finishing my doctorate, getting a job, getting married, and starting a family.

But my childhood dream had always kept nagging at me. So finally, in 2008, I started researching different organizations and their work in educating children in India. That is how I found World Vision -- and was impressed with their work.

I wanted to sponsor a girl since I knew that girls in India, especially from poor communities, are victims of discrimination in almost every walk of life. They rarely get an opportunity for education, and many of them are married off at an early age.

As I was browsing through the World Vision website, I came across Rebika's profile. I was instantly drawn toward her shy smile and the fact that she had listed math and science as her favorite subjects in school. (I am a scientist myself!) I started sponsoring her in 2008 and have felt rewarded every time I received her progress report.

But I also wanted to meet her in person -- talk to her, see her village, and meet her family.

On the car ride to Rebika's village, I was certainly looking forward to seeing her, but didn’t know what else to expect. Upon reaching there, I was overwhelmed to see a huge reception for me! The entire village had turned up to welcome me into their community with dances, songs, poetry, and food.

I wanted to tell them that I just sponsor a single child, not the whole village -- but they made me feel as if I did! Then, I learned about how World Vision works not just with children like Rebika, but also their families and the entire community to provide a support network. I was convinced then that I had made the perfect choice in supporting World Vision to carry on their exceptional work in India.

Meeting Rebika, going to her house, and meeting her family brought back my childhood memories of going to villages and teaching kids. It felt as though I was home. There were many people around us, but Rebika and I managed to sit side by side. After some initial shyness, she opened up to me. She said she wanted to become a nurse when she grows up. Her favorite subject in school is still science. (I was extremely happy to hear that!) She plans to go to Guwahati (the largest city nearby) for college after finishing school.

Before this visit, I had no idea that sponsoring a child can have such a positive impact on the progress of an entire community. After coming back to Wisconsin, my husband, who accompanied me on this trip, sponsored another child through World Vision -- and we hope to visit her on our next trip to India. We are happy and very grateful to be able to keep the ripples going!