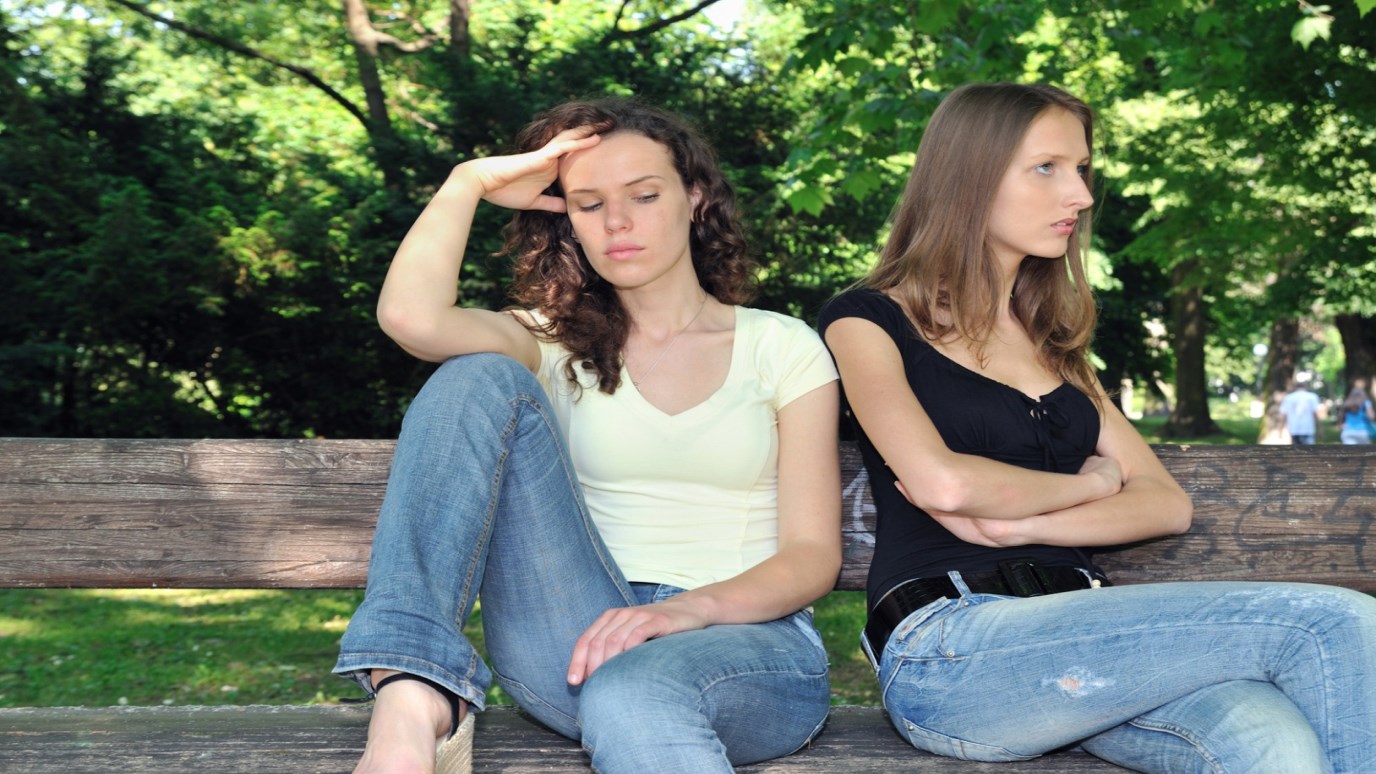 It's important to have friends who will encourage you to grow stronger in the Lord.

It is devastating to disagree sharply with friends, especially with sisters in Christ. I tell a story in The Friendships of Women about a terrible disagreement the women in my prayer group (of all things!) had, and how they left, one by one in tears. All that was left was my dearest friend Shell and I, and then I decided to tell her why I thought she was too strict with her children! (I was not slow to speak, quick to listen, or slow to become angry.) She left in tears and I almost threw away my manuscript of The Friendships of Women.

But God reigned, bringing me to true repentance, honest tears, and confession. The Lord knit us back together. But I can still remember the enormous PAIN before the repentance and healing.

When you feel strongly about an issue, whether it is what we read, or watch, or wear, or celebrate—it can be hard when others do not feel the same way. Philip Yancey’s What’s So Amazing About Grace has helped me enormously to give grace in peripheral issues. How badly we need to give others grace and to receive it from them.

Below is part of a letter from a woman, whom we will call “Hannah”, who lives in the backwoods of Alaska with an emotionally distant husband. Hannah finds that her friends disapprove of the choices she makes, or she disapproves of their choices. Her opening story of her fight with her friend of 22 years does remind me of my fight with the women in my prayer group, though I don’t think any of us called the other insane, but we implied it, I’m sure! Within her letter “Hannah” wrote:

I have lost several friends in the past two years. Not to death. I lost them because we do not live the Christian life the same way. One friend of 22 years thought it was OK to let her kids watch Sex in the City. I am totally confused why believers watch that. We also have a non Harry Potter home…My friend busted open on me…called me all kinds of names and said I was insane…For months I grieved over this. I am a freak because I drew a line.

Another friend thinks I am too mousey…I should buy clothes at Nordstroms and buy top-of-the-line fabric.

At this point in my life I am the loneliest I have ever been. My husband is ultra conservative and I am not. He had me wearing head coverings and dresses…but I refuse to dress that way. I live remote…in the backwoods…I do not believe in divorcing…but I feel like jumping ship. He is not cruel. He just thinks he is right…only God will ever move him…and in the mean time…I wish I had a friend…I keep asking God to send me women I can trust and women I can trust my child with…the door has remained closed.

I wish I had a friend.

There is so much we could talk about in this letter. My heart goes out to Hannah who is isolated by some things out of her control. I see depression in her letter and hopelessness. Reading between the lines, I think she feels God has abandoned her as well.

But I do think we might be able to help her with the friendship question. What do we do when we disagree with sisters in Christ?

There are times when we need to discern if our friends are believers or not, for we cannot hold unbelievers to the same standards as we do believers. From what I can discern, Hannah’s friends proclaim to be believers, and it is certainly true that there are people who love the Lord who read Harry Potter, shop at Nordstrom’s, and even watch Sex in the City. She says her husband is ultra convservative—and many would see Hannah as that way. She has some strong convictions that her sisters in Christ do not share. Unkind words and name calling have happened. She feels she has lost her friend of 22 years.

1. First, Hannah is hurting. What things can you empathize with in her pain?

2. Secondly, when we disagree with friends, often what will be remembered ten years later, Francis Schaffer said, is not even the issue, but the tone. When we do disagree with a friend about something that we think is important enough to raise—or when she raises an issue with us, what are some ways we can speak that will show the love and sensitivity of Christ? How might have Hannah’s friends spoken more kindly? And how might Hannah speak to them?

3. Dawson Trotman said that whenever he received criticism, he would take it in his prayer closet and sift out what was true and what was not. Take, for example, the criticism that Hannah received about her wardrobe. How might she respond to that before the Lord?

4. When I had a falling out with my friends, my husband said, “Dee, I have heard you say that when there is a problem in a horizontal relationship, there is usually a problem in the vertical relationship with God.” When I let God search my heart, I could see things I had done wrong. When I confessed my sin to my friend, healing began. I have found that even if I think I’m just 20% of the problem (and God is probably shaking his head at my denial) if I sincerely confess that, ask forgiveness, and don’t point out her 80%, the healing snowball starts rolling. I’m particularly concerned about the loss of this friend Hannah had for 22 years.

7. Hannah may need to find some new friends. Each of us needs friends who help us grow stronger in the Lord and who are loving.