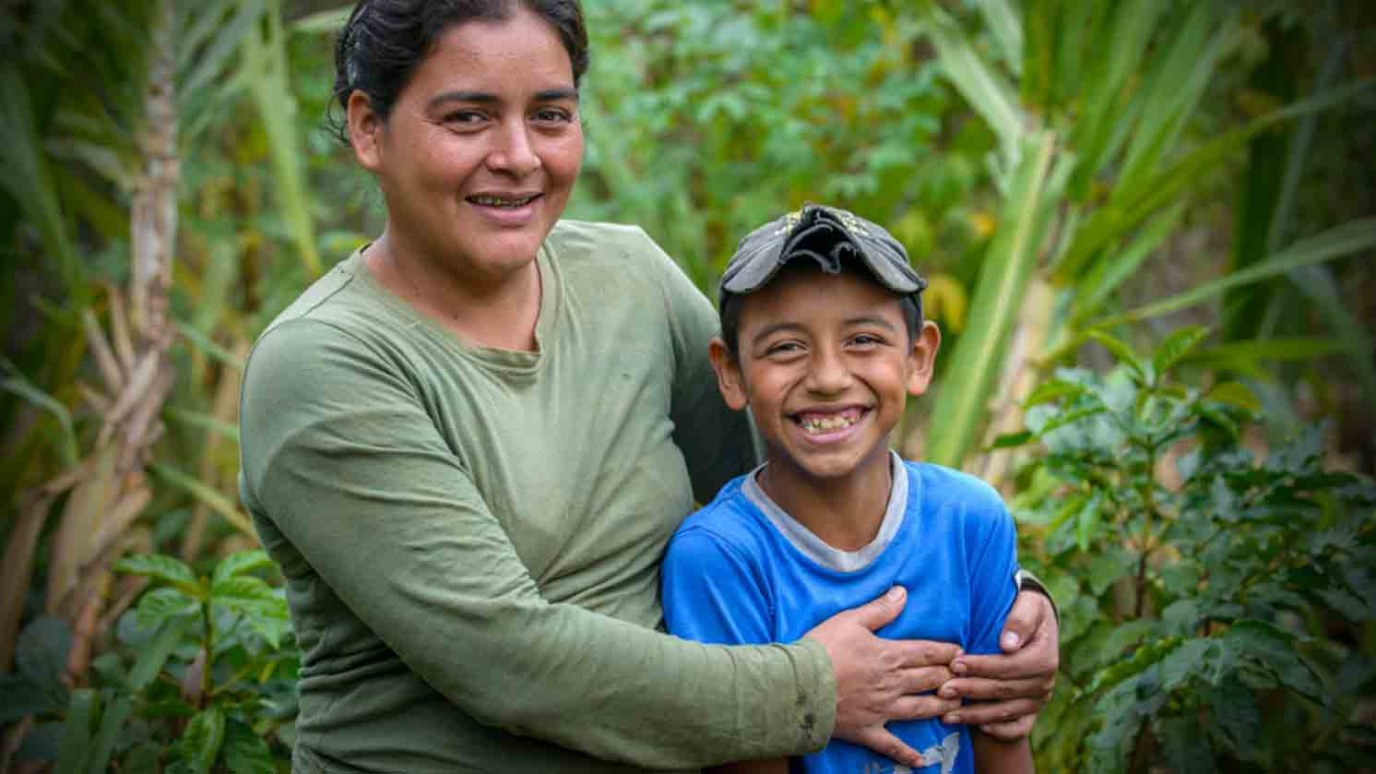 Mom Iris and her 8-year-old son, Henry, stand in their garden in Honduras where she grows the ingredients for the “super tortillas” he loves.

“We started making the super tortilla when Henry was a baby,” says Iris. It has changed Henry’s life, she says.

The Super Tortilla is a new way for mothers to think about cooking. Instead of making regular tortillas from corn alone, they add vegetables such as coyote squash stem, yucca, chipilin, oregano, basil, and onions into the batter. The result—a tasty tortilla packed with nutrition.

Henry is healthy and strong today because of the super tortilla. When Henry was born he was small. In fact, many of the children in his community were malnourished. World Vision picked eager mothers to learn new cooking techniques to increase the nutritional value of the children’s food.

“The children were malnourished,” says Birgilia Amaya Benitez, 47, who taught mothers and fathers through what’s called the “Common Pot” to increase the nutritional value of food through ingredients that are easy to grow.

Mothers and fathers began to grow a variety of vegetables to add to their food. Into tortillas they added coyote squash stem, yucca, chipilin, oregano, basil, and onions. They added malanga, chaia, and chipili to soup. They added loroco to bread. They even created drinks packed with vegetables for the children.

“There was a big change after we used the recipes,” says Birgilia. “After just twelve days we saw a change. It is in our diet now. We eat these commonly. Now we don’t have malnourished children in the community.”

According to the World Food Program, one out of four children in Honduras suffers from chronic malnutrition. The number doubles in rural areas with a stunting rate of 34 percent. That’s more than 2.5 million hungry children in a population of 7.5 million people.