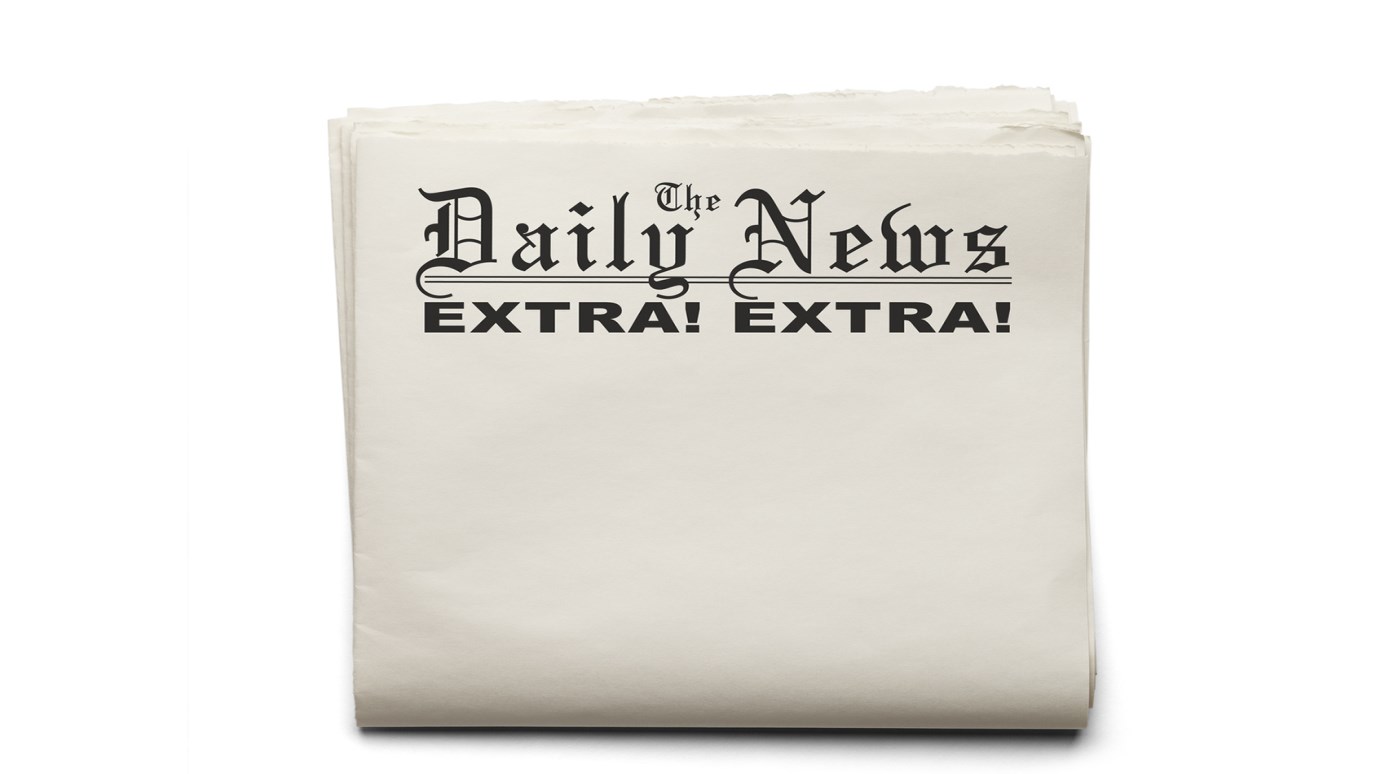 There is no “scoop” bigger than the story of God’s involvement in the lives of His people, and the growth of His church, one believer at a time.

We live in a news-saturated culture, with easy access to a wider menu of media options than any generation in history. There’s Headline News, CNN, Dateline, and Nightline. Add to these a whole host of news “journals” and commentaries, both written and broadcast. If that’s not immediate enough, there’s the Internet...with myriad up-to-the minute sources for the latest breaking stories. But who determines what is news? Who decides what makes the headlines?

The first century church was, to my mind, a source of winning news stories. Peter preaches. Two thousand saved. Christians pray. Peter released from prison. Paul shipwrecked. Safe at Malta. But more than likely, these were not the “big stories” circulating among the general public. If you were living in the first century A. D., you might have heard of Stephen’s execution, but not Saul’s conversion. You might be familiar with Herod’s death, but not an Ethiopian’s second birth.

There is no “scoop” bigger than the story of God’s involvement in the lives of His people, and the growth of His church, one believer at a time. Move the calendar ahead a hundred, two hundred, three hundred years from now, and the things we see in today’s headlines will be forgotten. But in the Lamb’s book of life, no turning, no answered prayer, no sacrifice, no new beginning will be forgotten. And they won’t be footnotes. They’ll be headline news, every single one of them.

Matthew 18:19 If two of you agree on earth about anything that they ask, it shall be done for them by My father who is in Heaven.

Big Decisions Are Made in Small Choices
Mike Glenn

The Spirit of God
David Mainse

Understanding the Goal
Dr. Charles Stanley
Follow Us
Grow Daily with Unlimited Content
Uninterrupted Ad-Free Experience
Watch a Christian or Family Movie Every Month for Free
Early and Exclusive Access to Christian Resources
Feel the Heart of Worship with Weekly Worship Radio
Become a Member
No Thanks