Heading Back to School After the Oklahoma Tornadoes 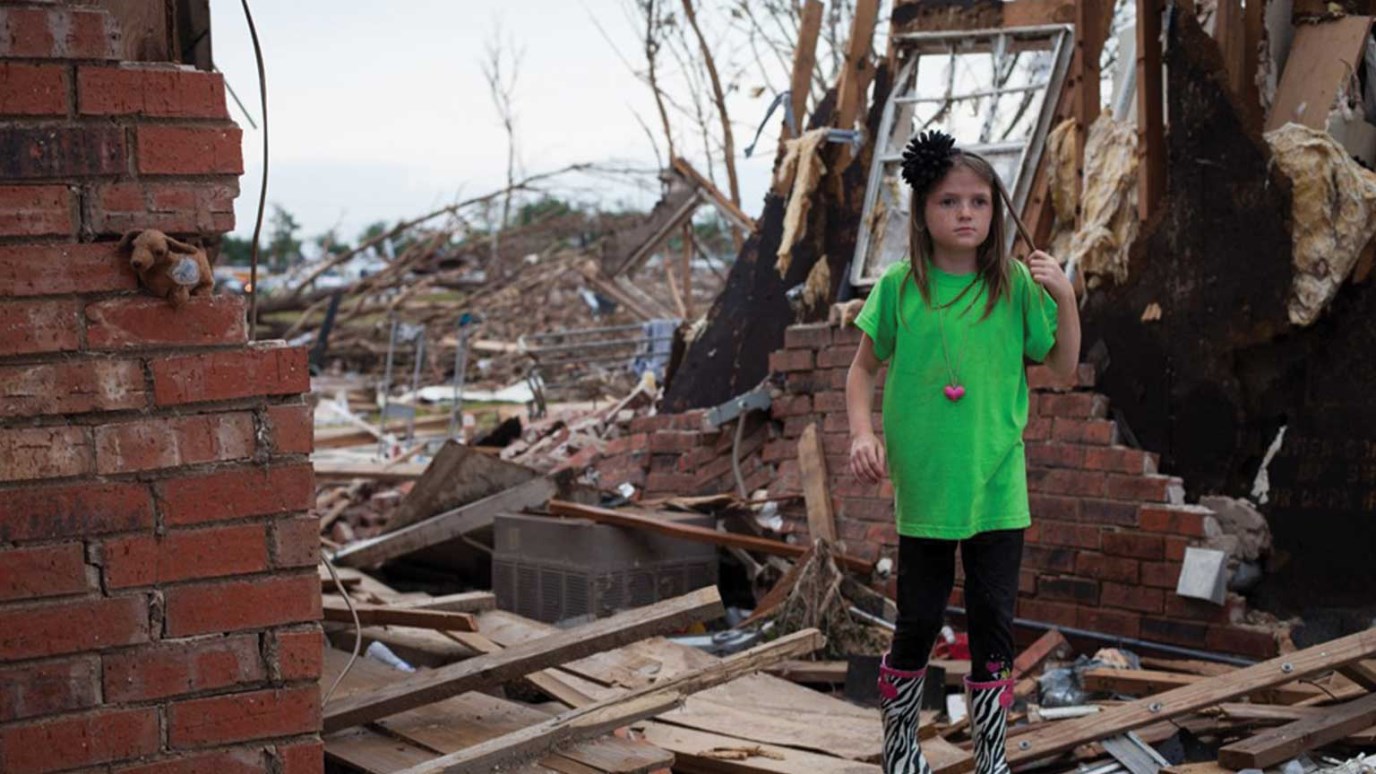 The excitement of a new school year might have brought more than the usual butterflies in the stomach for children and teachers affected by the tornadoes that tore through Oklahoma in May.

Plaza Towers and Briarwood elementary schools in Moore, Okla., were ripped apart by a tornado that struck near the end of the school day on May 20. Seven third-graders died at Plaza Towers after being crushed by debris.

“Our staff are moving in to bring as much help, comfort, and encouragement as possible,” Phyllis Freeman, World Vision’s director for domestic disaster response, said during a damage assessment.

As back-to-school time approaches in the coming month, World Vision is stepping up its community outreach by providing play therapy, backpacks stuffed with school supplies for students, and resource materials for teachers, says Phyllis.

“Children are often so sensitive to tragic experiences. We have to do everything we can to help them cope,” she says.

Time to play and heal

In June, World Vision partnered with the disaster mental health team at the University of North Texas at Dallas for four days of play and healing for children ages 5 to 12.

“We can underestimate the depth of children’s feelings and maybe overlook their fears,” says World Vision’s Carla LaFayette, who attended play therapy sessions. “Through play, through toys, they were able to express what was going on in inside.”

Playing with a sand tray was a favorite activity. Children could pick up any toy or object and use it to tell a story in the sand.

Carla watched a boy pick up two play people, put one of them down in the sand and place the second one on top of the first. Then he said, “Stay down, stay down. It will be okay. You’re going to be okay.”

When the therapist asked him what that meant, he said, “When the tornado came, that’s what my mom did. She got on top of us and kept saying we’d be okay.”

In its work overseas, World Vision often operates Child-Friendly Spaces to provide learning and play opportunities for children affected by conflict or disasters. Phyllis says the days for play and healing in Oklahoma will serve as a model for a similar disaster recovery program right here in the United States.

Getting ready for school days

Working with local school districts, World Vision is preparing to distribute 1,000 backpacks to students affected by the tornadoes. At the same time, teachers will be able to select supplies to restock their classrooms from a mobile resource center.

“We expect to partner with seven schools, five in Moore and one each in southeast Oklahoma City and Shawnee,” says Phyllis.

“The reality is kids can’t learn without pencils, and crayons, and paper,” says Romanita Hairston, World Vision’s vice president of U.S. programs. “It’s one less thing for families who are rebuilding their entire life to think about.”

World Vision distributed backpacks in Joplin, Mo., and Tuscaloosa, Ala., after tornadoes devastated both cities in 2011.

For Joplin, Mo., mom Collisha Rauch, the simple backpack moved her to tears. She picked up three for her children, including 6-year-old Alli who came with her.

Collisha says, “It may seem like a little thing to some people, but whenever you’re 6 and everything else in your life has been turned upside down, it’s just a real blessing to have something to look forward to, something normal.”