He Will Direct Your Paths - A Family Devotional 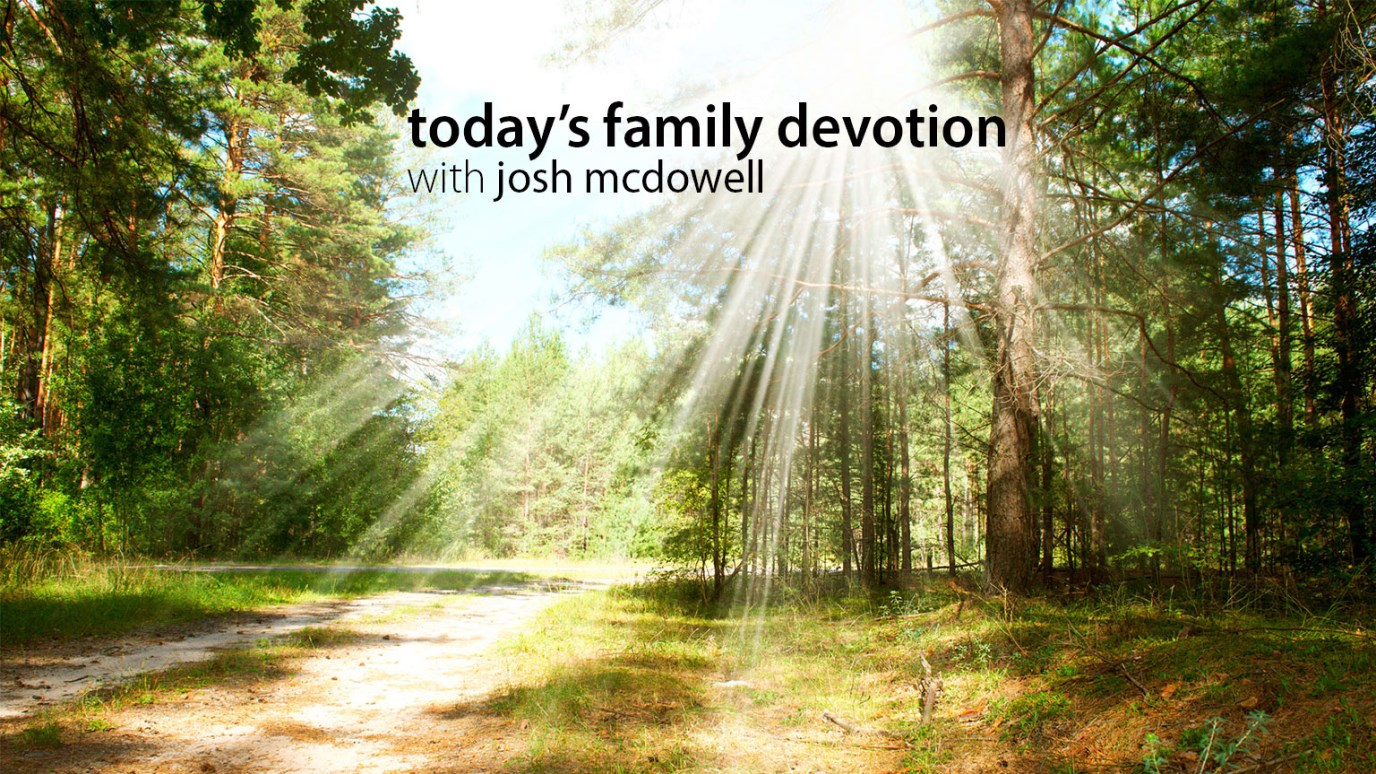 Josh McDowell uses an easy-to-understand illustration to help us see why obeying God's commands puts your life on the right path.

Obeying God's commands puts your life on the right path.

Trust in the Lord with all your heart; do not depend on your own understanding. Seek his will in all you do, and he will direct your paths (Proverbs 3:5-6).

The trail seemed to end at the creek. Lauren, Jason, and their dad had set out from their car three hours earlier on a backpacking trip, but the trail had been washed out in places, and darkness had fallen before they located their campsite beside a wide creek at the foot of the canyon. Dad searched the dark banks of the raging creek for the campsite but was unable to find it.

“OK,” he said, facing the two children, “so we can’t find our campsite. But we do know the way back to our car.”

Dad, Lauren, and Jason shouldered their packs and began the laborious three-hour trip back up the mountain. The trail was now shrouded in darkness.

“Jason,” Dad said as they started back up the canyon, “grab your sister’s backpack and hold on to it. Lauren, you can hold on to my backpack.” He pointed his flashlight at the trail. “And Lauren, watch where I step, and just walk where I do.” He turned and began walking slowly up the trail. Because they followed each other so closely, Dad would frequently shine his light on a slippery rock or an exposed root.

“Be careful here,” he would say, pointing his flashlight at the danger.

Lauren would then turn her flashlight on the spot and turn herself to make sure her brother could see it. “Dad says be careful here,” she would say.

Three hours later, the backpacking trio arrived in the parking lot again. They were weary, wet, and dirty, but they were unharmed. Lauren and Jason dropped their backpacks to the pavement beside their car and hugged their father.

“That was scary,” Jason said.

“Yeah,” Lauren added, “but we made it, didn’t we, Daddy?” “That’s right, Lauren,” Dad said. “We made it, safe and sound. You want to know the main reason we made it back safely?” They nodded.

“Because you followed me every step of the way and did everything I told you,” Dad continued. “If you had tried running off on your own, or had stopped following me, we’d still be wandering around in the dark-or worse.”

TO DISCUSS: Have you ever tried “running off on your own” instead of following God’s commands? If so, what happened? Is life always easy when God directs your paths? Why or why not?

TO PRAY: “Heavenly Father, we want you to choose the path that we will follow.”

Addicted to the Opinions of Others
Transformation Church
Have you ever asked, "Why, God?"
Emily Manke
Follow Us
Grow Daily with Unlimited Content
Uninterrupted Ad-Free Experience
Watch a Christian or Family Movie Every Month for Free
Early and Exclusive Access to Christian Resources
Feel the Heart of Worship with Weekly Worship Radio
Become a Member
No Thanks