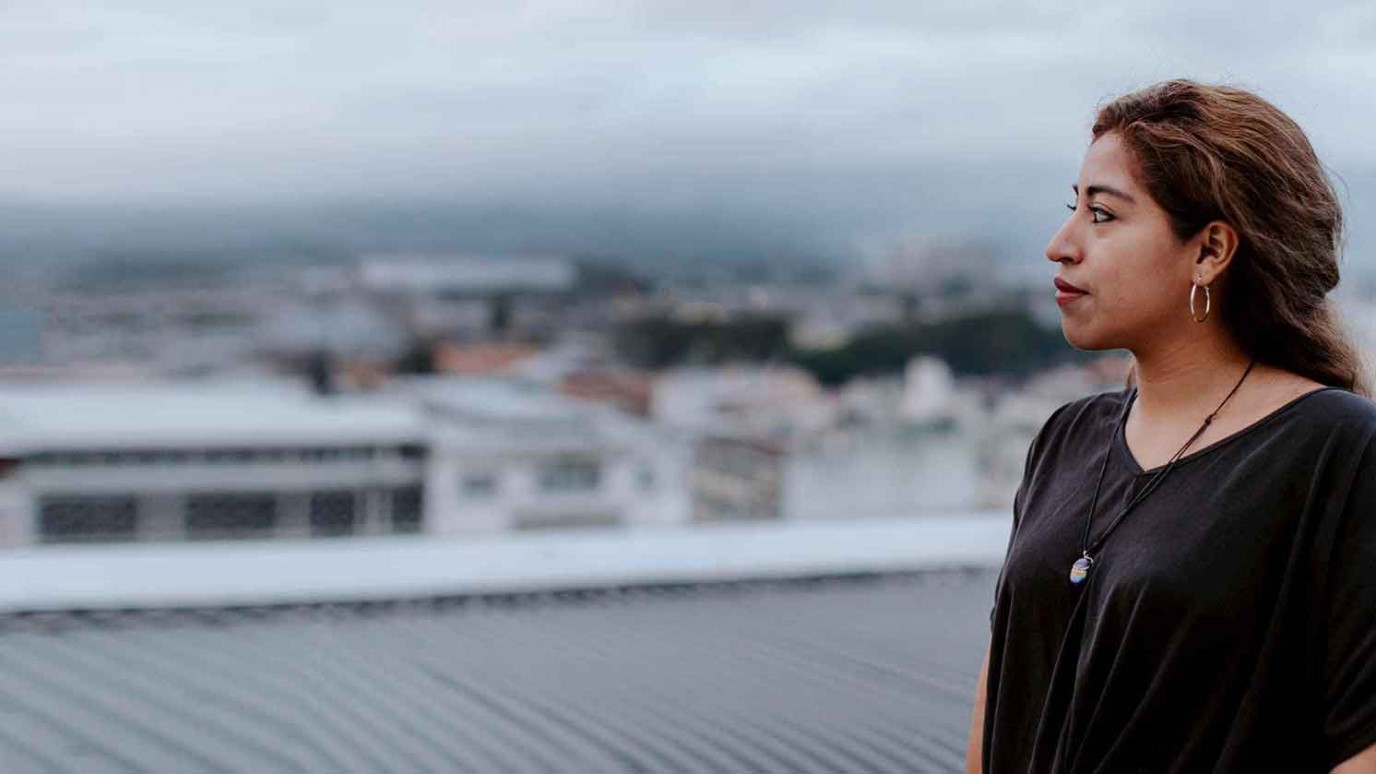 During the night, Jakelin’s father would sneak into her bedroom and abuse her. Then he threatened to kill her family if she every spoke up.

Jakelin grew up with her mother and three brothers in their cinderblock home that clung to the gorge of Guatemala City. Her mother worked hard as a janitor to provide for Jakelin and give her a happy childhood.

Then, her father came back into the picture and her childhood was over.

“He trapped us ...” Jakelin remembers.

At night, he would come home drunk and beat her mother. During the day, while her mother was at work, his attention shifted to Jakelin and her brothers. He’d take them down to the ravine and force them to cut wood to sell—exhausting and dangerous work for children.

Yet what he did in the dark was far worse for Jakelin. During the night, Jakelin’s father would sneak into her bedroom and abuse her. Then he threatened to kill her family if she every spoke up. Sadly, many of the children living around her experienced a similar terror.

In Guatemala, where many victims of this crime are abused by the ones closest to them, fear keeps these children from speaking up about their abuse or reporting it as a crime. So Jakelin suffered his repeated assaults in silence.

When her mother learned about his terror, she took Jakelin and her brothers out of the house and fled to the church. After their escape, Jakelin’s mother reported the crime to the local authorities. Yet without the resources to hire a lawyer, there was little hope it would ever reach a verdict.

But you entered the courtroom—and changed everything.

Everyone deserves justice, no matter who you are or where you live. Nobody deserves to be a victim of violence.

Jakelin went back to school and graduated high school. Nine years later, she now has a son and knows exactly what she wants to do with her life. Become a lawyer who will do what you’ve done for her: prove that justice for the poor is unstoppable.

“Because of the help we received, we aren’t stuck in the past.” Jakelin shares. “We are able to move forward… I feel good to be who I am. I don’t have to hide behind anyone. I can confront things, see, help… and I know that there is always someone willing to help another.”

Children like Jakelin need help to get the justice they deserve.

Covering the World in Prayer: Caribbean
World Vision
Follow Us
Grow Daily with Unlimited Content
Uninterrupted Ad-Free Experience
Watch a Christian or Family Movie Every Month for Free
Early and Exclusive Access to Christian Resources
Feel the Heart of Worship with Weekly Worship Radio
Become a Member
No Thanks