He Died That Day, Part Two 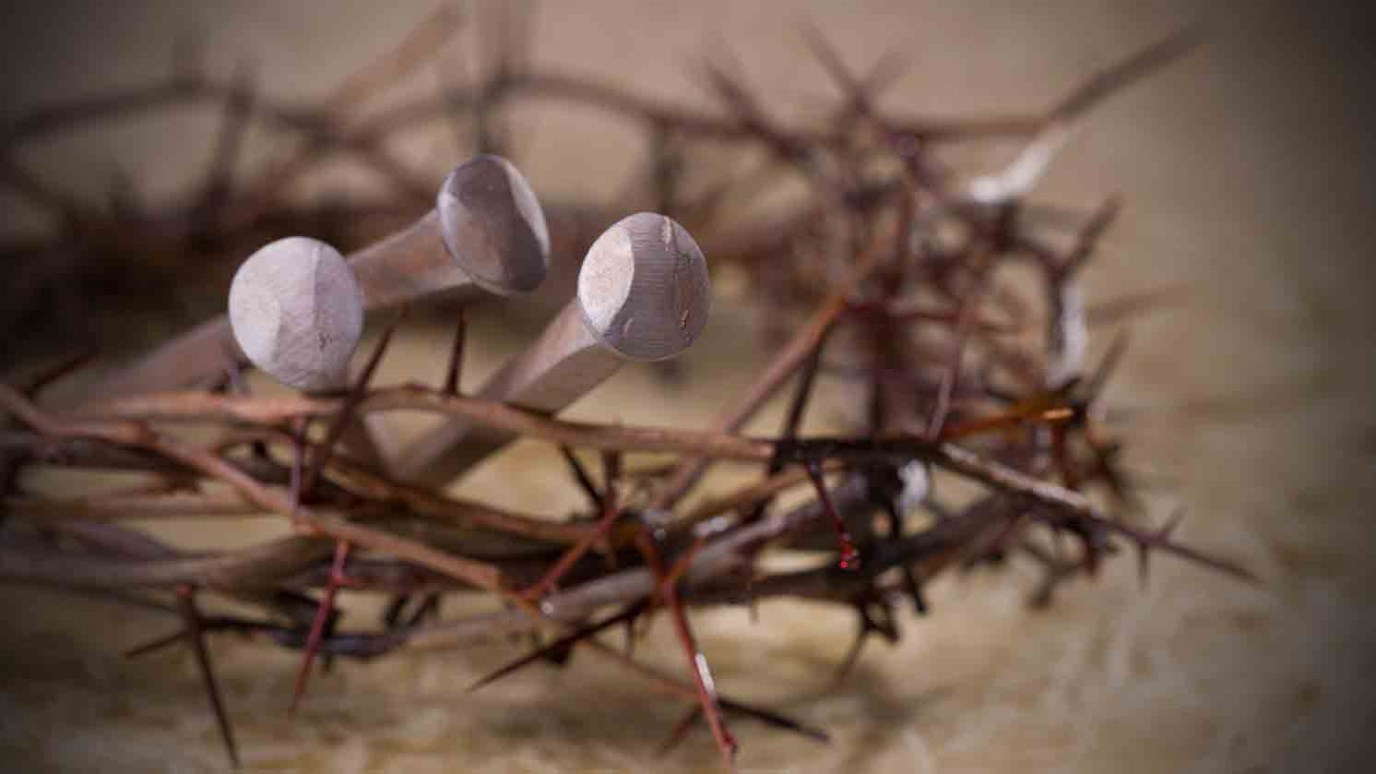 Why is there no contradiction in the scriptural passages describing Christ's crucifixion?

So they took Jesus, and he went out, bearing his own cross, to the place called The Place of a Skull, which in Aramaic is called Golgotha. There they crucified him, and with him two others, one on either side, and Jesus between them. Pilate also wrote an inscription and put it on the cross. It read, “Jesus of Nazareth, the King of the Jews.” Many of the Jews read this inscription, for the place where Jesus was crucified was near the city, and it was written in Aramaic, in Latin, and in Greek. So the chief priests of the Jews said to Pilate, “Do not write, ‘The King of the Jews,’ but rather, ‘This man said, I am King of the Jews.’” Pilate answered, “What I have written I have written.”

So they crucified Him with a thief on either side and Jesus in between them. And Pilate wrote a title with the words Jesus of Nazareth, King of the Jews and he put it on the cross. Now atheists, skeptics, and agnostics have taken references to the wording of this title in Matthew, Mark, Luke and John and said, "Oh, they contradict each other. They are worded differently." Well, how silly can people get in their attacks on the Bible? The reason there is a different wording is because this sign was written in three languages. John 19:20 says, "It was written in Hebrew, and Greek, and Latin." It was written in Hebrew, the language of religion; in Greek, the language of culture and science and in Latin, the language of law and government. Matthew, who wrote to the Jews, translated the Jewish title and wrote down what was there in Hebrew. Mark, who wrote to the Romans, probably translated the Latin. Luke who wrote to the Greeks, probably translated the Greek. Thus we have it recorded in these three different ways. You can find contradictions if you are looking for them, but you can find agreements if you are willing to accept the teaching of the Holy Spirit. The minute I show you the possibility of a simple explanation, the arguments against Scripture or against the inspiration of Scripture fall apart.

Now I want you to note this amazing thing. Then the Jews came to Pilate, mad as could be because everyone at the Crucifixion could see written on the sign that Jesus of Nazareth was the King of the Jews. They hated this! Here was a crowd of fantastic God-murderers, who were willing to do anything to strike against Christ. They had said, "We will not have this man to reign over us!" So when the Roman governor put a label on the cross, "Jesus of Nazareth, King of the Jews," they came back and said, "Oh, please write, 'He said He was the King of the Jews."' Well, a Roman knew how to be a Roman. He said, "What I've written, I've written! Get out of here! I'm through with this!"

What Makes Jesus Superior to Other Saviors?
Mark Driscoll