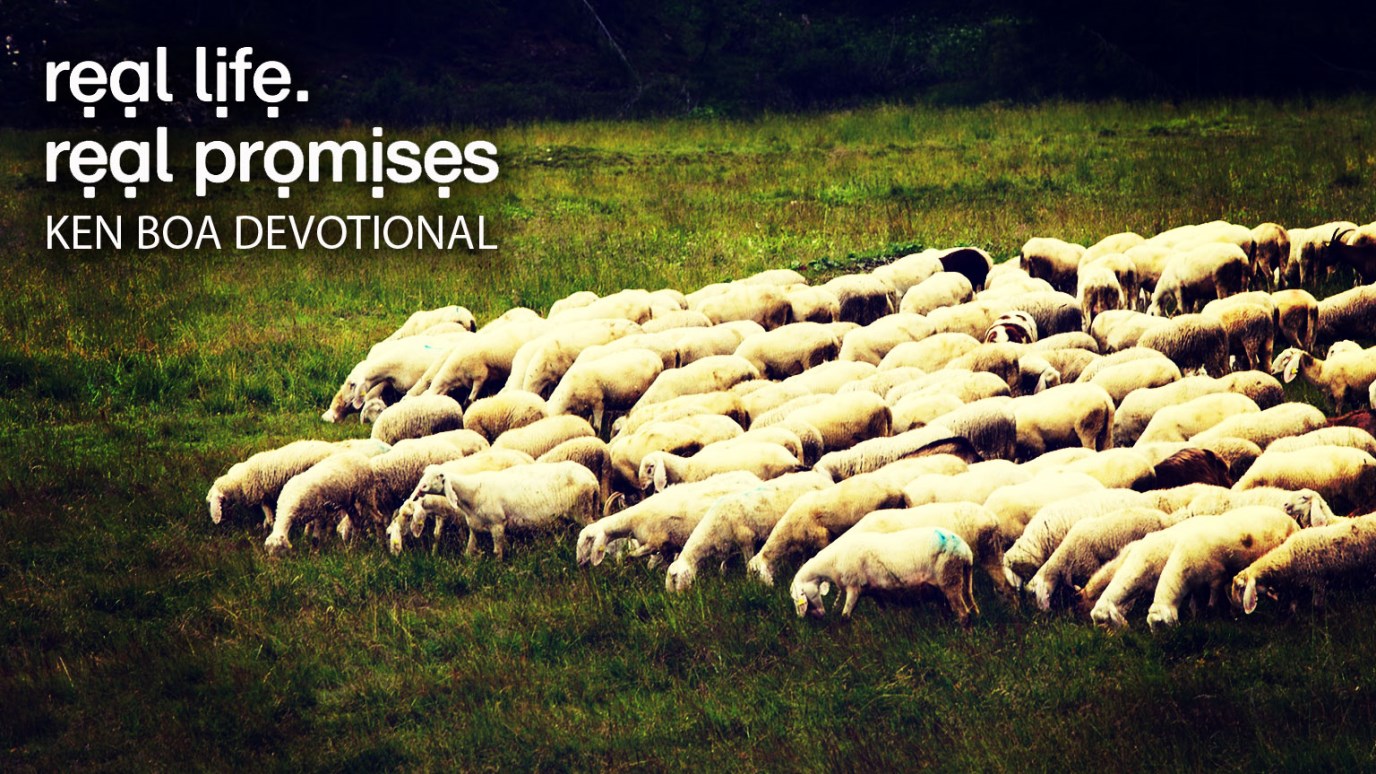 Sheep without a shepherd quickly find themselves in a place of distress. Thankfully, the Shepherd of our souls, Jesus Christ, has called our names, and we have heard his voice.

When a modern visitor to the land of the Bible sees a flock of sheep on a hillside, it quickly brings to mind numerous images from Scripture: “The Lord is my shepherd...,” “I am the good shepherd...,” “Shepherd the flock of God...,” and others. But as soon as those familiar verses come to mind, it becomes readily apparent that the focus of the verses is most often on shepherds, not sheep. Sheep without a shepherd quickly find themselves in a place of distress.

A central passage of Scripture that illustrates what happens to sheep without a shepherd is Ezekiel 34. God, through the prophet Ezekiel, is rebuking the leaders of Israel for not shepherding their flock, the Jewish people. The shepherdless sheep have become spiritually weak, injured, and sick; they have strayed away from their covenant God and become lost among the pagan religions of the land. Separated from the flock, the strays are being devoured by wild (pagan) animals. God holds the shepherds of Israel directly accountable for the condition of “[his] flock” (v. 19), and says that he will send a shepherd from the line of David to gather his flock and bind up their wounds (v. 23). It was Jesus Christ, the Son of David, whose heart was broken over the condition of the flock of Israel when he began his ministry. Combining Matthew’s account (9:36) with Mark’s, here is what stirred Jesus’ compassion: He saw sheep without a shepherd—harassed and helpless.

It’s tempting to read these passages historically only, feeling sorry for “them” and their lamentable condition. But that would be to miss the point. Israel was not harassed and helpless because they were Israel, but because they were human. In fact, if God’s chosen people were in a pitiable state, how much more harassed and helpless must the rest of the human race be?

Thankfully, the Shepherd of our souls, Jesus Christ, has called our names, and we have heard his voice. He goes ahead of us and we follow him, joining the flock that he is gathering in his name (John 10:3-4). Never again will we be harassed and helpless.

God’s Promise to You: “As part of my flock, you will never be without a shepherd again.”