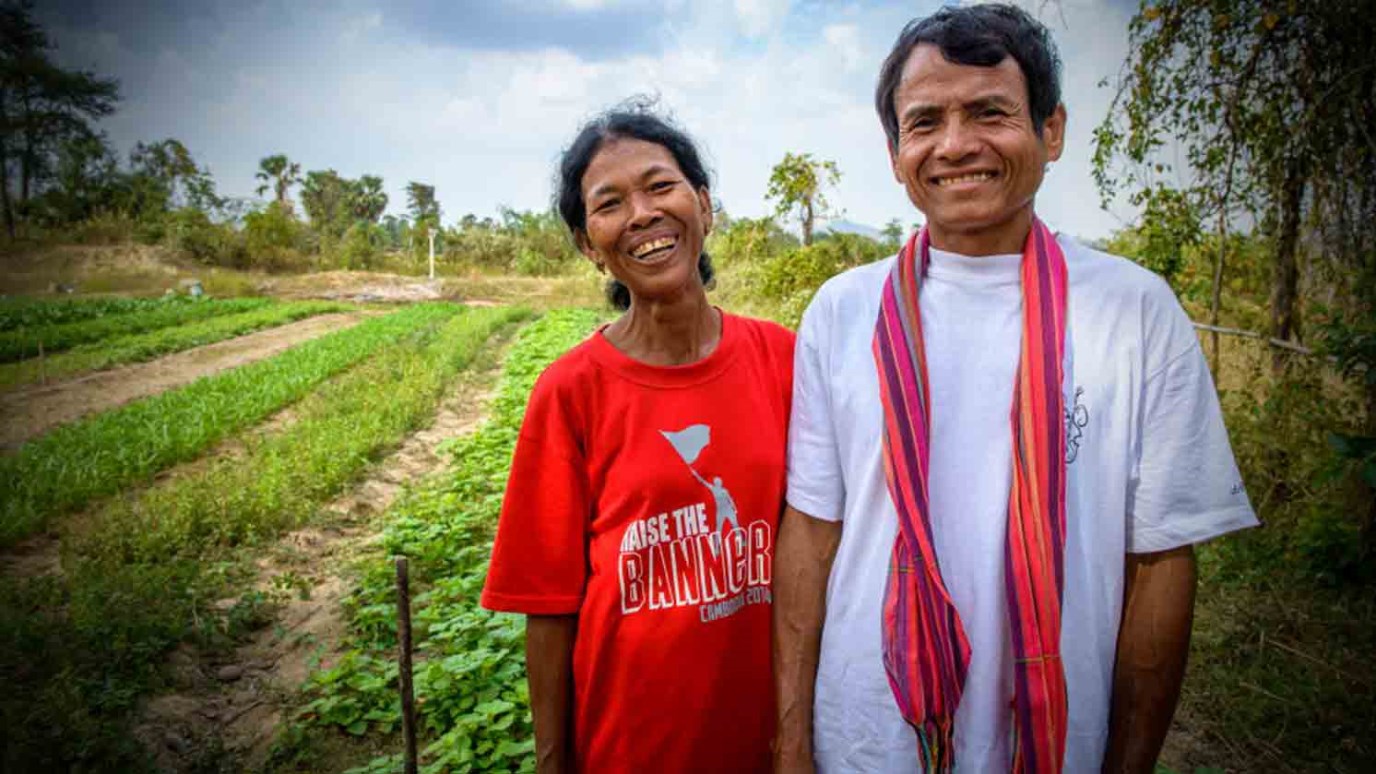 Sok Ouk, 50, and his wife, Ren Chey, 49, are thankful for their faith and other blessings that have helped to improve their family life and relationships.

Sok Ouk, 50, used to spend most of his days drinking. He didn't care that his family might go hungry three or four months out of the year. He and his wife fought every single day. Sometimes the arguments turned physical.

Their children fought, too.

Eighteen-year-old Saoly says she remembers they often had only rice to eat and then not enough. When they couldn't grow enough rice to eat, they would have to borrow it, but then have to pay back double so they could never get ahead.

In 2004, Saoly joined World Vision's youth club where children learn about sanitation and hygiene, child protection, children’s rights, and God’s love for them. At first she’d been reluctant to join, but she saw other youth become more courageous and outspoken and she wanted to bring some of that bravery into her own life.

She describes herself before her youth club experience: "I was not courageous; I was not able to talk to people. Not able to join school as well. I don’t have words to say. I was like the isolated people."

But after joining the youth club she didn't feel isolated anymore. The other members of the club knew that her family was in need, so they saved money and donated rice to the family so that they would not have to go hungry anymore.

Saoly and her siblings attended school irregularly. They needed to help their family earn money. During this time, she often would only go to school a couple of days a week. Finally, in grade 6 she stopped going to school altogether.

Sok gets emotional thinking about his children’s schooling. "Before they couldn't go to school because there was violence. They had heartache," he says. "They were embarrassed at school. They had heartache. It made it hard [for them] to study."

At the same time Saoly started in the youth club, Sok joined a World Vision-run agricultural cooperative where he learned better agricultural practices and was able to participate in a rice bank. The bank allows him to access loans in the case of an emergency.

When a pastor came to the family's village, Saoly started attending church. She had first heard about God at the youth club. She wanted more. She applied what she was hearing at youth club and at church to herself.

"God changed me," she says.

Then she got the courage to speak to her father. She quoted John 3:16 to him. No response. But she kept at it for over a year. Finally, he agreed to go to church with her and his life and his family's lives completely transformed.

He no longer spends his days drinking with friends, the family now has enough food to eat and the children are back in school. "They consider me as #1," he says. "They love me indeed."

Once they were the village’s troubled family, but now they are a model to others.

Girls on the Go
World Vision

In the Gap
Parkview Christian Church

Before and After War
World Vision