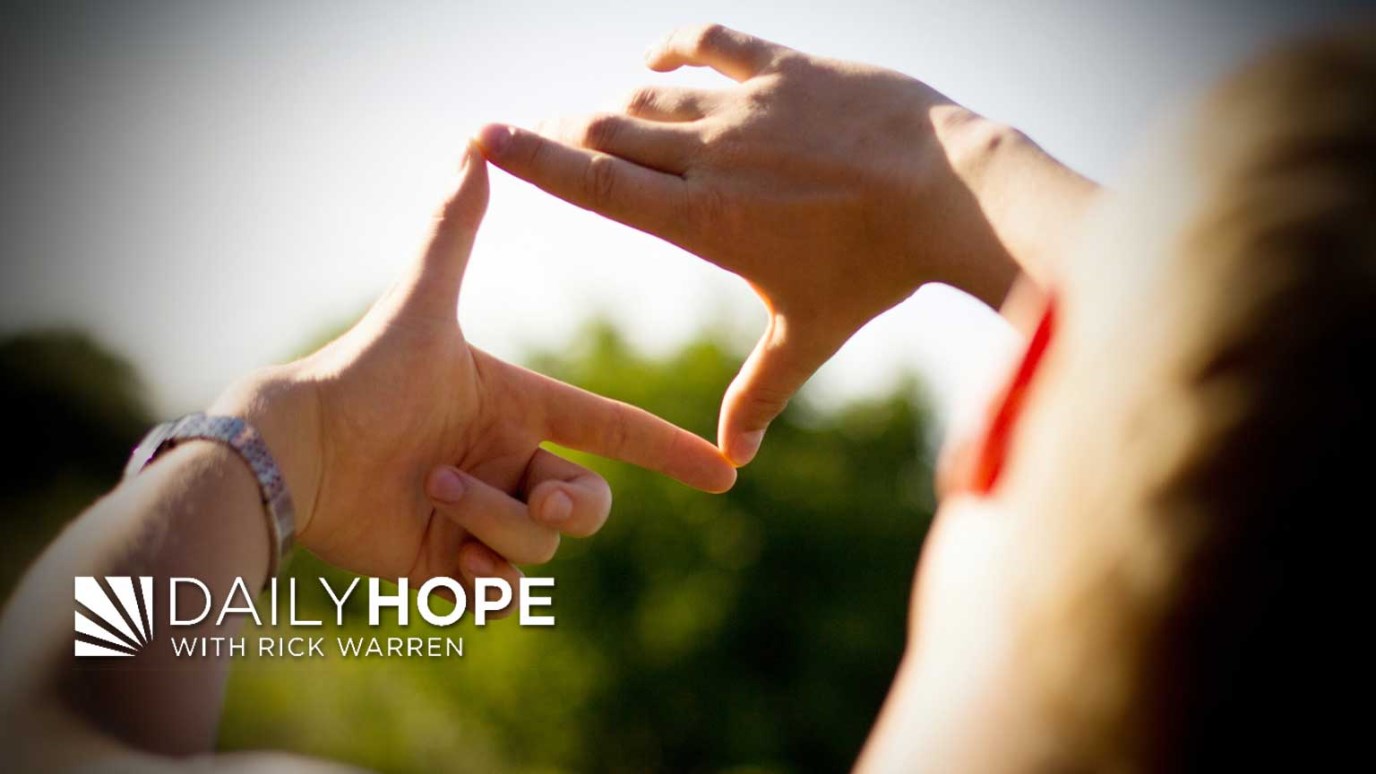 Think of a problem that has you discouraged. How might your discouragement change if you look at it with God’s bigger perspective?

“I want you to know, my dear brothers and sisters, that everything that has happened to me here has helped to spread the Good News” (Philippians 1:12, NLT)

If you want to be a happy person, you need to look at every problem from God’s viewpoint. Happy people have a larger perspective. They see the big picture. When you don’t see things from God’s point of view, you get discouraged, frustrated, and unhappy.

No matter what’s going on in your life — the good, the bad, and the ugly — God is working out a plan. Paul knew this. He says in Philippians 1:12, “I want you to know, my dear brothers and sisters, that everything that has happened to me here has helped to spread the Good News” (NLT).

Ever since Paul became a Christian on the road to Damascus, he had dreamed one great dream: He wanted to preach in Rome, the center of the universe at the time. His dream was to preach the Gospel in the most important city in the world.

But God had another idea. Instead of sending Paul to Rome to preach crusades, God made him a royal prisoner of Caesar, who was at that time Nero. Nero was about as wicked and as bad as you can get.

As a royal prisoner, Paul was chained to a royal guard 24 hours a day for two years, and the guard was changed every four hours. Over two years in prison, he witnessed to 4,380 guards. Who’s the real prisoner here? Who had the captive audience?

This wasn’t Paul’s plan, but it was God’s all along. There were two results of it that we know for sure.

Philippians 4 says that within two years, some of Nero’s own family had become believers because of Paul’s witness in the royal court in Rome.

Secondly, it’s kind of hard to get a guy like Paul to stop moving. In prison, he was forced to be still and, as a result, wrote most of the New Testament. I wonder which had a bigger impact: his preaching in the Colosseum or the books he wrote, such as Romans, First and Second Corinthians, Galatians, Ephesians, Philippians, and Colossians. These seven books have revealed Jesus to millions of people over the years?

Paul knew that God had a bigger plan, and he could be happy because he saw what God was doing through his problem.

Think of a problem that has you discouraged. How might your discouragement change if you look at it with God’s bigger perspective?

How have you seen God work in the midst of a difficult situation in your past?

Why do you think God is allowing you to struggle through a hard time?

How Do I Deal with Fear and Negativity?
Pastor Rick Warren