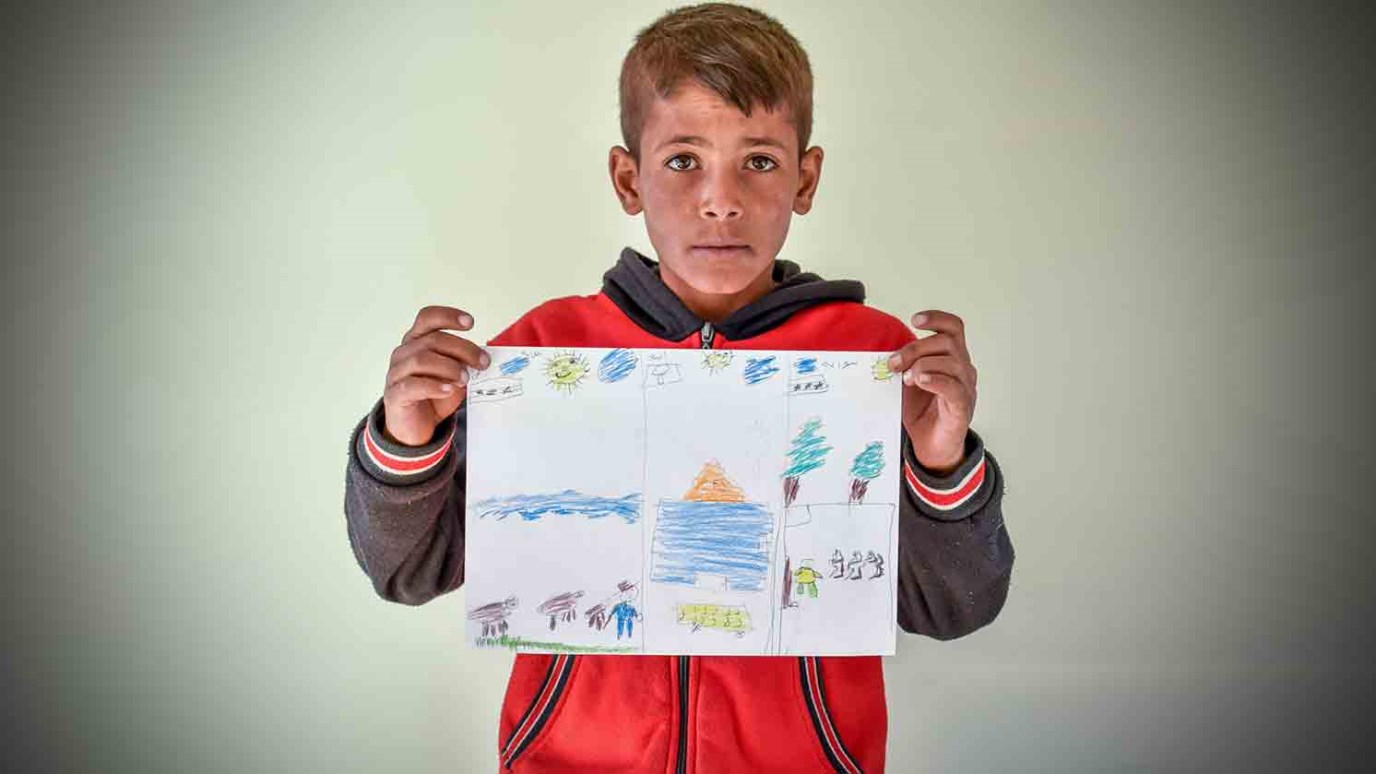 Faras, 11, shows his life before and after conflict in Syria drove his family from their home. The sixth anniversary of the Syrian civil war was March 15.

Faras treasure the memory of herding sheep in Syria with his brother. Now the happiest thing in his life is coming to the Child-Friendly Space so he draws the bus he rides.

“In the future I want to go back to Syria and be a student. I’m not in school here,” he says. Less than half of the school age Syrian children – both refugees and those in Syria – are in school. War and displacement will have a long lasting effect on their future.

A Joyful Birth, but Hard Times Ahead for Syrian Child
World Vision
Islam, The Middle East Revolution & What it Means For Us
Joseph Mattera