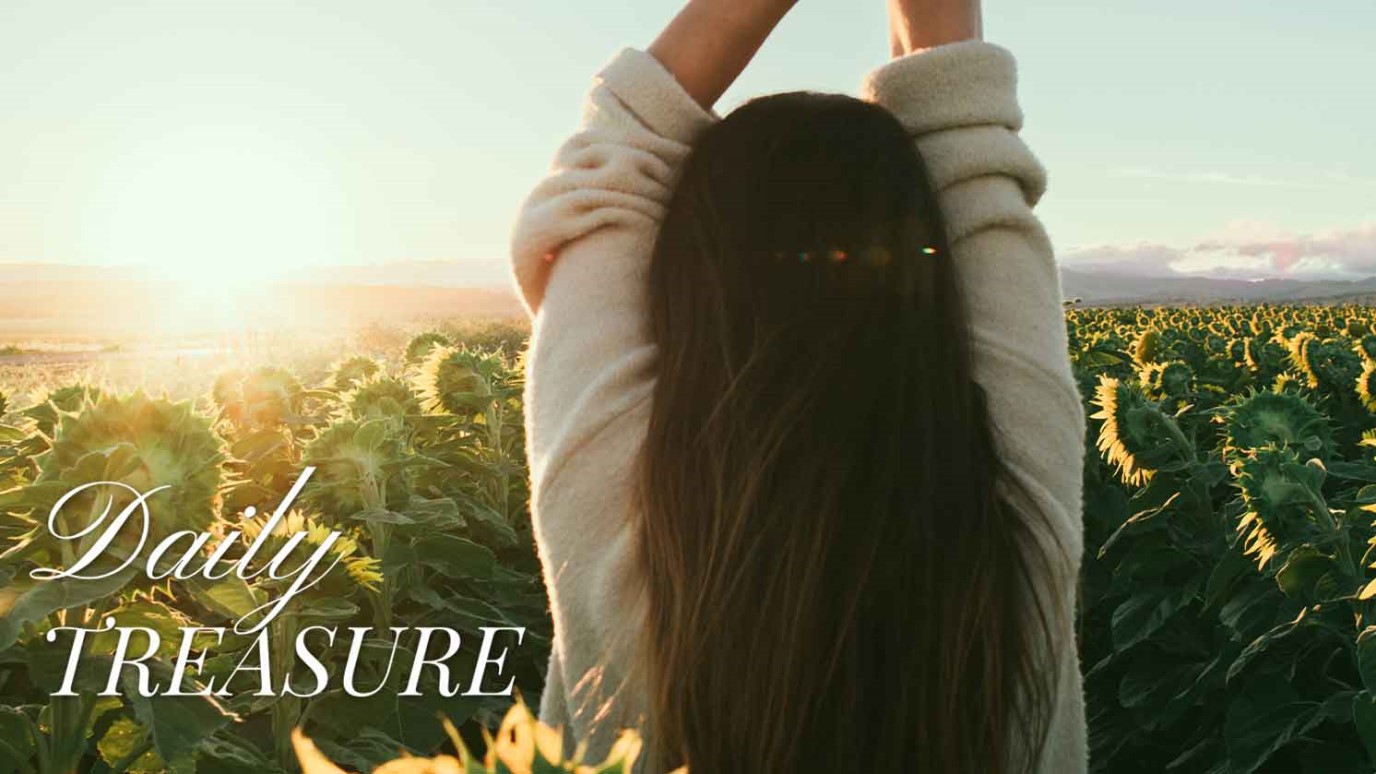 Not once does Hannah ask God for anything. Instead, her every word points to the pricelessness of His character and love.

Hannah’s song requires much more than a devotional in order to unpack the rich doctrines and joy that drives its way out of Hannah’s heart and into these beautiful words. Remember Eli could not hear Hannah’s lament for a son, but in this worship song, Hannah publicly and openly declares God’s gracious love extended toward her. Israeli families passed on this song for generations as a means of joining in Hannah’s praise of God, but also their confidence that God would keep His promise of deliverance and blessings.

As you read these beautiful words, imagine you are peeking into the private journal of this once broken-hearted woman. We have watched as God transforms her from a woman besieged by the taunts and torments of her sister-wife and the grave disappointment of an empty womb. Now we observe the tangible joy that starts in her heart and spills out through her lips. Try to get inside Hannah’s heart as your read and meditate on her words. Note not once does Hannah ask God for anything. Instead, every word points to the pricelessness of His character and love. Hannah draws parallels between His treatment of her and her confidence that the faithfulness He has extended to her belongs to His people as well. Allow her story to fuel your pilgrimage with hope.

And Hannah prayed and said, “My heart exults in the Lord; my horn is exalted in the Lord. My mouth derides my enemies, because I rejoice in your salvation. There is none holy like the Lord: for there is none besides you; there is no rock like our God. Talk no more so very proudly, let not arrogance come from your mouth; for the Lord is a God of knowledge, and by Him actions are weighed. The bows of the mighty are broken, but the feeble bind on strength. Those who were full have hired themselves out for bread, but those who were hungry have ceased to hunger. The barren has borne seven, but she who has many children is forlorn. The Lord kills and brings to life; he brings down to Sheol and raises up. The Lord makes poor and makes rich; He brings low and He exalts. He raises up the poor from the dust; He lifts the needy from the ash heap to make them sit with princes and inherit a seat of honor. For the pillars of the earth are the Lord's, and on them He has set the world. “He will guard the feet of His faithful ones, but the wicked shall be cut off in darkness, for not by might shall a man prevail. The adversaries of the Lord shall be broken to pieces; against them He will thunder in heaven. The Lord will judge the ends of the earth; He will give strength to His king and exalt the horn of His anointed.” (1 Samuel 2:1-10 ESV)

Hannah’s song is not just about her personal pilgrimage but the longing of God’s people for the promised Messiah. Take the time to break apart Hannah’s song and look for the promise of a coming Messiah. Hannah’s story encouraged the Jewish people to believe that just as God had not forgotten Hannah, He would not forget them. When I am tempted to doubt the validity of God’s Word, stories like this encourage me to trust our Father, because He has kept the promise of the Messiah as described by Hannah.

Is Suffering Ranked: Are Some Types of Suffering More Valid than Others?
Chuck F. Betters
Follow Us
Grow Daily with Unlimited Content
Uninterrupted Ad-Free Experience
Watch a Christian or Family Movie Every Month for Free
Early and Exclusive Access to Christian Resources
Feel the Heart of Worship with Weekly Worship Radio
Become a Member
No Thanks