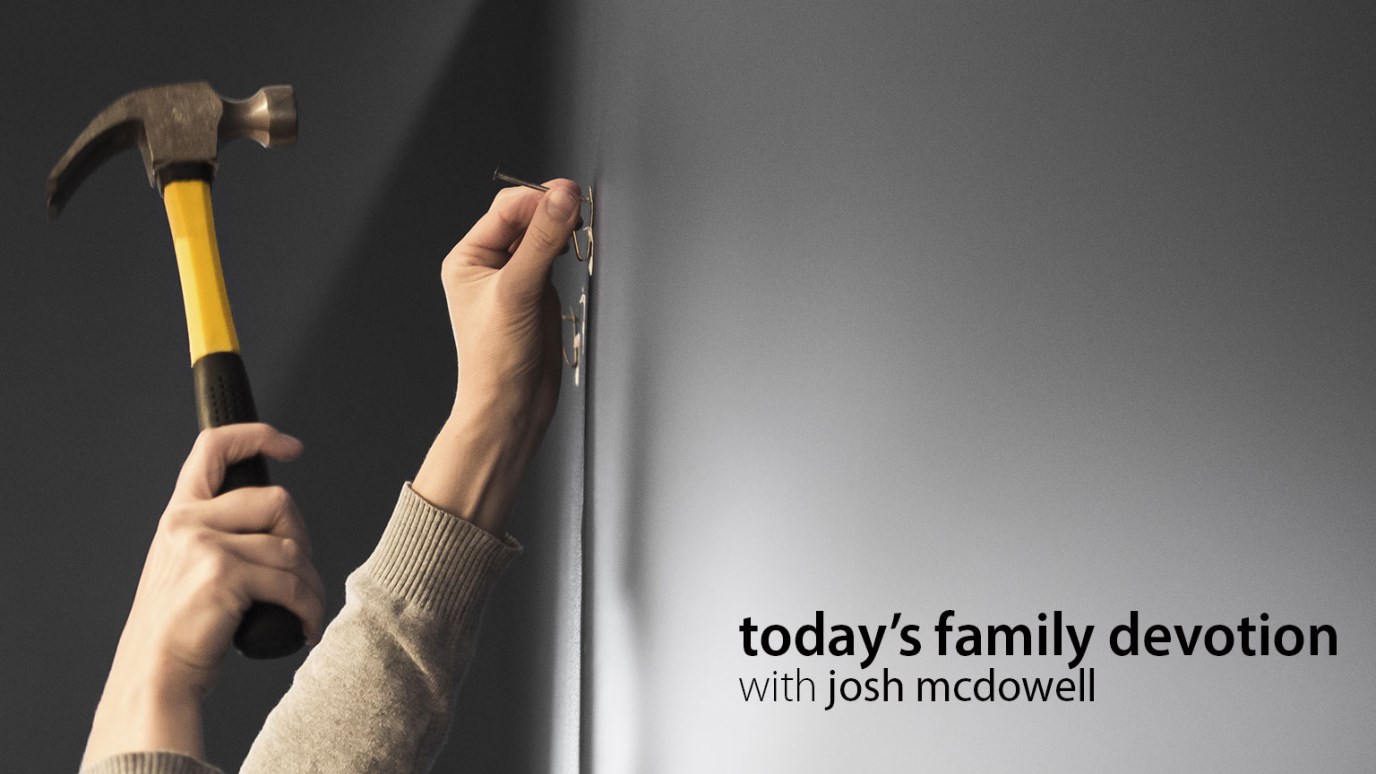 Verse of the Day: “Do not let any unwholesome talk come out of your mouths, but only what is helpful for building others up according to their needs, that it may benefit those who listen” (Ephesians 4:29, NIV).

Simon held the board still while Dad held the nail he was trying to hammer into the board, which was going to become part of the roof for the doghouse they were making. Dad lifted the hammer into the air and brought it down-partly on the nail and partly on his hand. Dad let out a yelp and dropped the hammer. “Are you OK?” Simon asked, concern written on his face.

Dad shook his hand vigorously in the air. “Yes,” he said. He inhaled sharply, the air whistling through his teeth. “It sure does hurt, though,” he said.

A few moments later, Dad lifted the hammer again and went back to work. He handed the hammer to Simon and let him pound in the last nail. As they lifted the roof and prepared to attach it to the doghouse, Simon asked his dad a question.

Dad stopped working and studied his son’s face. He knew what had prompted Simon’s question—his reaction to pain without cursing when he hit his hand with the hammer. He shook his head. “Not since I was a little boy,” he said.

“Well,” Dad answered, “because God tells us that he wants us to be pure—in thought, word, and deed. His Word says, ‘Don’t let any unwholesome talk come out of your mouths.’”

“Well, ‘unwholesome talk’ means bad words, mean things you might say about somebody else, gossip—things like that.”

“Mr. Henderson sometimes says bad words,” Simon said, referring to the father of one of his friends.

“I’m glad to hear you didn’t like it,” Dad said with a smile. “It’s a lot better to say good things instead of bad things, isn’t it?”

“Yeah,” Simon agreed, smiling. “Even when you hit your hand with a hammer, huh, Dad?”

Dad returned Simon’s smile. “Even then, Son,” he said. He lifted the hammer and hit the nail squarely on the head.

TO DO: Place a hammer on the table or kitchen counter today to remind everyone in the family that God commands purity in thought, word, and deed.

TO PRAY: “Lord, may we be pure in our thoughts, words, and deeds.”

A Sense of Security
National Center for Fathering

First Love ... Then Love First
Lifetree
Follow Us
Grow Daily with Unlimited Content
Uninterrupted Ad-Free Experience
Watch a Christian or Family Movie Every Month for Free
Early and Exclusive Access to Christian Resources
Feel the Heart of Worship with Weekly Worship Radio
Become a Member
No Thanks