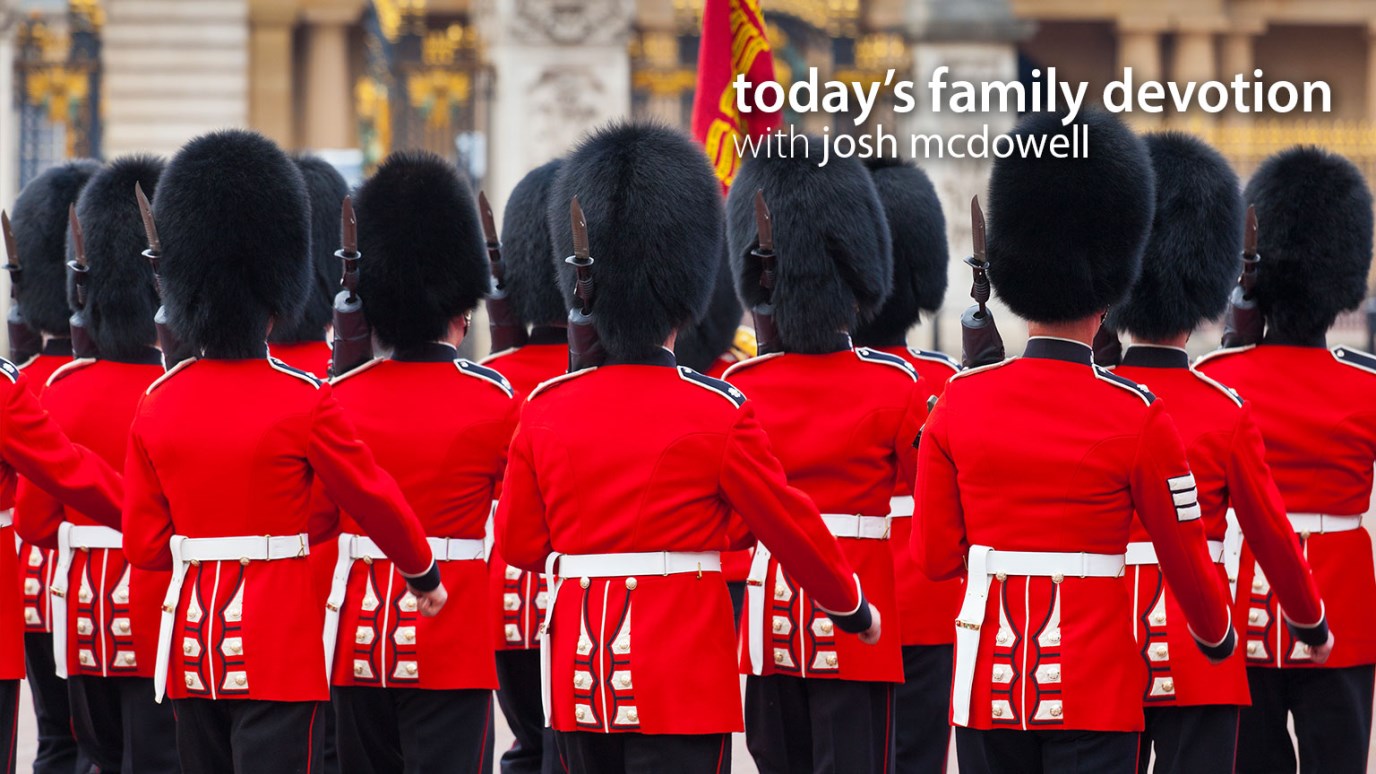 Verse of the Day: “The end of all things is near. Therefore be clear minded and self-controlled so that you can pray” (1 Peter 4:7, NIV).

Dad stood in front of Buckingham Palace with his daughters, Patsy and Amy.

“Thanks for bringing us on this trip with you, Dad,” Patsy said. “This is so cool.”

Dad smiled. His company had asked him to travel to England for a four-day trip. He was glad he had been allowed to take his daughters with him. After all, the trip had been a “smashing success.”

Now they watched in fascination as the palace guards marched stiffly to their posts and stood like stone sentinels at the gates. Every once in a while, a tourist would approach the gates and play the familiar game of trying to prompt one of the guards to smile or flinch.

“How do they stand so still?” Amy asked without taking her eyes off the guards.

Dad shrugged. “They’re trained to stand at attention and to let nothing distract them from their duty.”

They watched in silence for a few moments longer. The soldiers didn’t even seem to blink.

Amy shook her head. “That’s so cool,” she said.

“Well, because,” Amy said, “it’s just cool that they can be so still and not crack up laughing when people make faces at them.”

Dad nodded. “It is pretty admirable, isn’t it? Do you know why it’s admirable?”

Dad laughed. “I think it’s admirable because we admire self-control.”

The girls were silent for a moment as they continued to study the palace guards. “Yeah,” Amy said finally.

“And I think we admire self-control,” Dad continued, “because we know it’s a good thing.”

“And because it’s so hard,” Patsy offered.

“For some of us,” Amy said, teasing her sister.

“But as Christians,” Dad continued, “we also know that God commands self-control. He commands it because he values it.”

“So he must really like those guys,” Patsy said, pointing to the stone-faced guards. Dad chuckled.

TO PRAY: “God, you know us inside and out. You know the areas where we are weakest. Thank you for the fruit of the Spirit, which allows us to be self-controlled.”