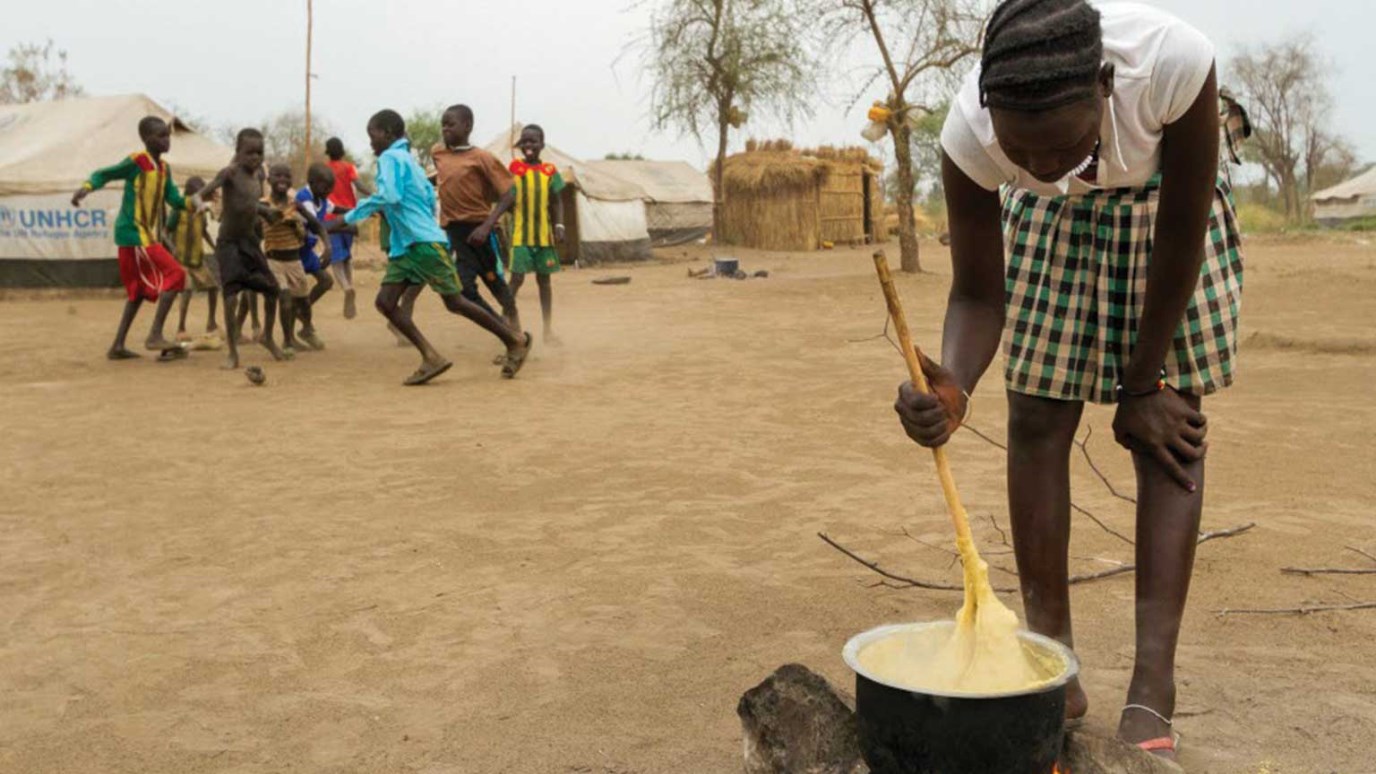 At 17, Nyawech Gach, a South Sudanese refugee in Ethiopia, already has to play mom to six children. It wasn’t her choice. Someone had to step up when her mother left to search for relatives back in South Sudan.

Nyawech is a refugee in Kule Refugee Camp in eastern Ethiopia. She and her six younger siblings live in a tent among 46,000 others who fled their homes in South Sudan during the conflict that began in December 2013.

The children came here with their mother from their home about 80 miles away, as the crow flies. But they have not heard from her since she left more than nine months ago. Nyawech fears she will not come back.

As the oldest, she is taking care of the others with what the camp provides: a tent and other household goods, rations, and sufficient safe water for bathing, washing dishes and drinking. She cooks, cleans dishes, tidies up around their tent, and makes sure the siblings have study time and that their baby sister, Nyagame, 2, gets a bath.

Here, Nyawech can create some sense of order in the midst of chaos.

Renewed fighting in April and May in Upper Nile and Unity states has forced 45,000 more people from their homes. And since the war kept thousands of families from planting their crops last year, South Sudan is facing greater food insecurity than expected. Through July, about 4.6 million people, or 40 percent of the population, will go hungry.

No one knows what the future holds for Nyawech and her family, but World Vision is working toward longer-term solutions to her family’s needs while at the camp.

"I Was Hungry"
World Vision