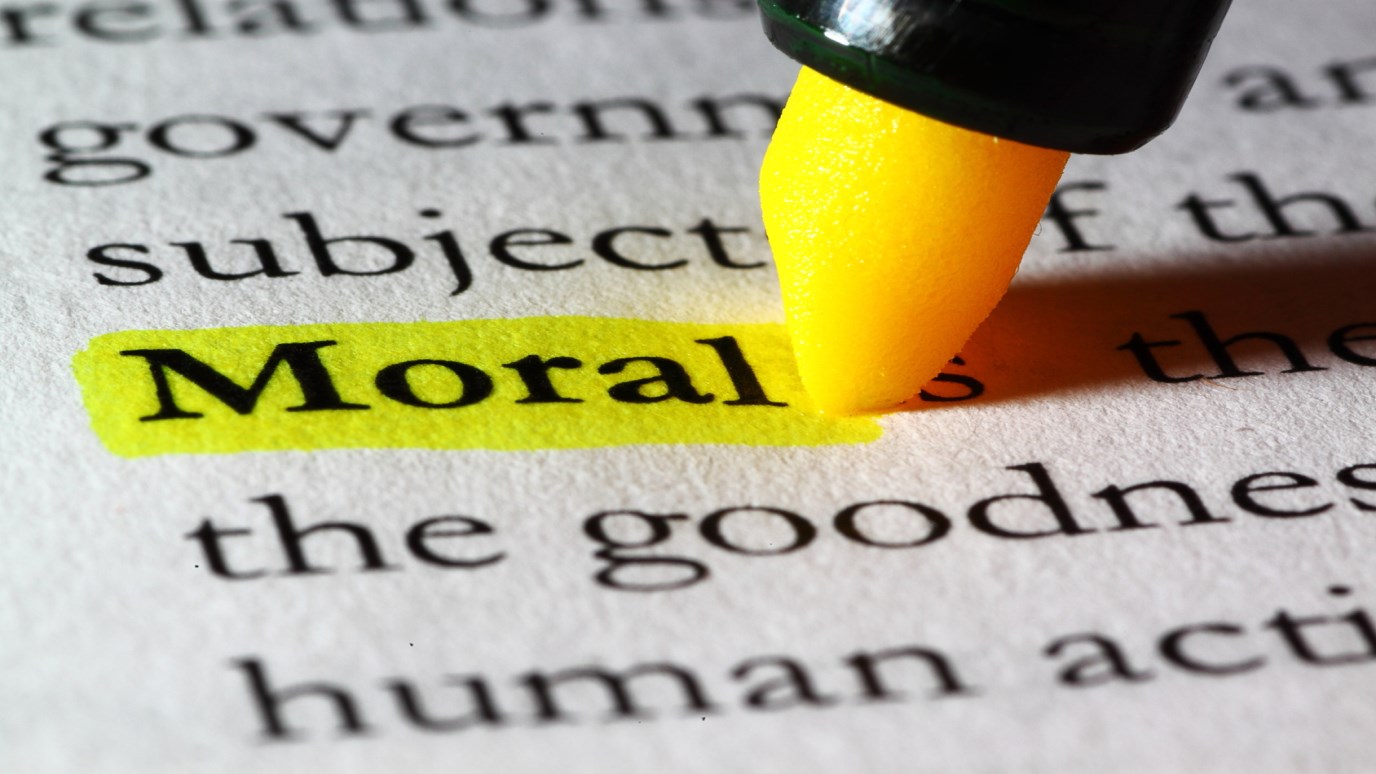 What is moral intelligence, and how can it benefit a team?

Not long ago, the world champion San Francisco Giants wrote up a new contract for relief pitcher Jeremy Affeldt. They were offering him a chunk of money because he’d been a strong and steady team member. When he saw the contract, however, it was obvious something was wrong. The Giants had mistakenly written the contract for a half a million dollars more than they’d agreed upon. Jeremy spoke with his agent, who confirmed the contract was valid. Then, Bobby Evans, the assistant general manager, spoke to him and confirmed the contract was legal and binding. He then asked how Jeremy wanted to handle it.

Jeremy Affeldt didn’t flinch. While it was a tempting bonus, he said, “It’s a mistake. I am not going to take it. How could I put my head on my pillow at night and sleep knowing I’d taken $500,000 that wasn’t mine?”

Jeremy has become a good friend of mine over the last three years, and I can tell you—this is typical of him. In a day when legally binding contracts govern most athletes’ lives, Jeremy is governed by moral boundaries. How refreshing.

Ryne Sandberg was an all-star second baseman for the Chicago Cubs years ago. He got paid very well for his skills. Unfortunately, Ryne was in a hitting slump one year and wasn’t playing near his potential. Fans and reporters criticized him for being a highly paid athlete who didn’t perform. I remember talking with Ryne about how he decided to handle his situation. In addition to improving his swing, he met with the general manager of the Cubs and offered a chunk of his salary back to the team. Yes, you read that right. He told them he didn’t feel right about taking millions of dollars when he wasn’t performing well. He wanted to give some money back. Wow. Needless to say, Ryne won the fans over by this act. Those who had booed him were now praising him… even before he got his good swing back.

You and I both know why. These two men possess that exceptional trait called moral intelligence. Few have it so we relish it like a rare gem when we see it. Moral intelligence is simply a scientific term for character and ethics. It’s the courage to make decisions based on what’s right, not what’s beneficial or convenient. Those who have it are determined to live their lives by values, regardless of what others do who have no moral compass. The good news is, psychologists tell us it is possible to build moral intelligence in people. Just like humans can learn a language by being exposed to it and then speaking it, character can be learned the same way.

How Do We Build Moral Intelligence in Young Athletes?

1. Model this kind of culture at the top.

You must talk about values and character consistently, but you won’t change players through talking alone. Don Meyer and Associates surveyed top companies on what they had done to transform their organizational culture. In one method, executives created a new set of values, posted them on the wall and hoped that everyone would read and heed them. With this method, it takes 15 years to change team culture. The other method is for executives to create a set of values, then attach action steps the leaders can take to exemplify each of those values. This method requires only 3 years to change team culture. It’s the power of action and example.

2. Find ways for your players to practice the team values.

Teams that invite players to embody their values experience greater focus and alignment as well as happier teammates. I’ve written that Kansas City minor league affiliate, the Omaha Stormchasers, saw 90% of their baseball players traveled to Moore, OK to help with the tornado relief effort. It brought the team closer. Joe Castiglione, Vice President of Intercollegiate Athletics at the University of Oklahoma, joined his athletes cleaning up the Moore area in a service effort following the tornado. Everyone wins when this happens. Wes Yeary, at Baylor University leads dozens of athletes on overseas summer mission trips to serve in developing nations.

I blogged about this earlier. Teams do better when you depend less on rules to guide their behavior and more on equations. By this I mean, all behavior produces benefits or consequences. Your team culture should naturally reward and discipline choices. This is what manager Mike Scoscia did with his 2002 California Angels: lots of equations and outcomes. He rewarded and encouraged great execution, and penalized wrong conduct. The culture changed and they won a world series.

4. Make the team culture safe to be authentic.

As a coach or manager, be real. Confess your own mistakes. Laugh at yourself. Make it a habit to help other people. Make it safe for all to come clean and get on the right track. Former minor league manager Derin McMains did this well. He taught character through the Habitudes For Athletes program, and after sessions would have his players put their name in a hat for a drawing and a prize. One night, one second-string player won the drawing and got very excited. He rarely got attention and it was his birthday. After the session was over, Derin went to throw away all the names still in the hat…and discovered every teammate had written that player’s name down to win the drawing. It was like a family.

This is the number one rule for parents, but it applies to teams as well. Psychologists tell us it matters little whether families are strict or loose with their discipline. Neither is superior to the other. The key is simply consistency. Whatever you decide the boundaries are—be steady. An up and down environment is toxic to building a healthy culture. Be steady. Follow through on the values and behaviors you want.