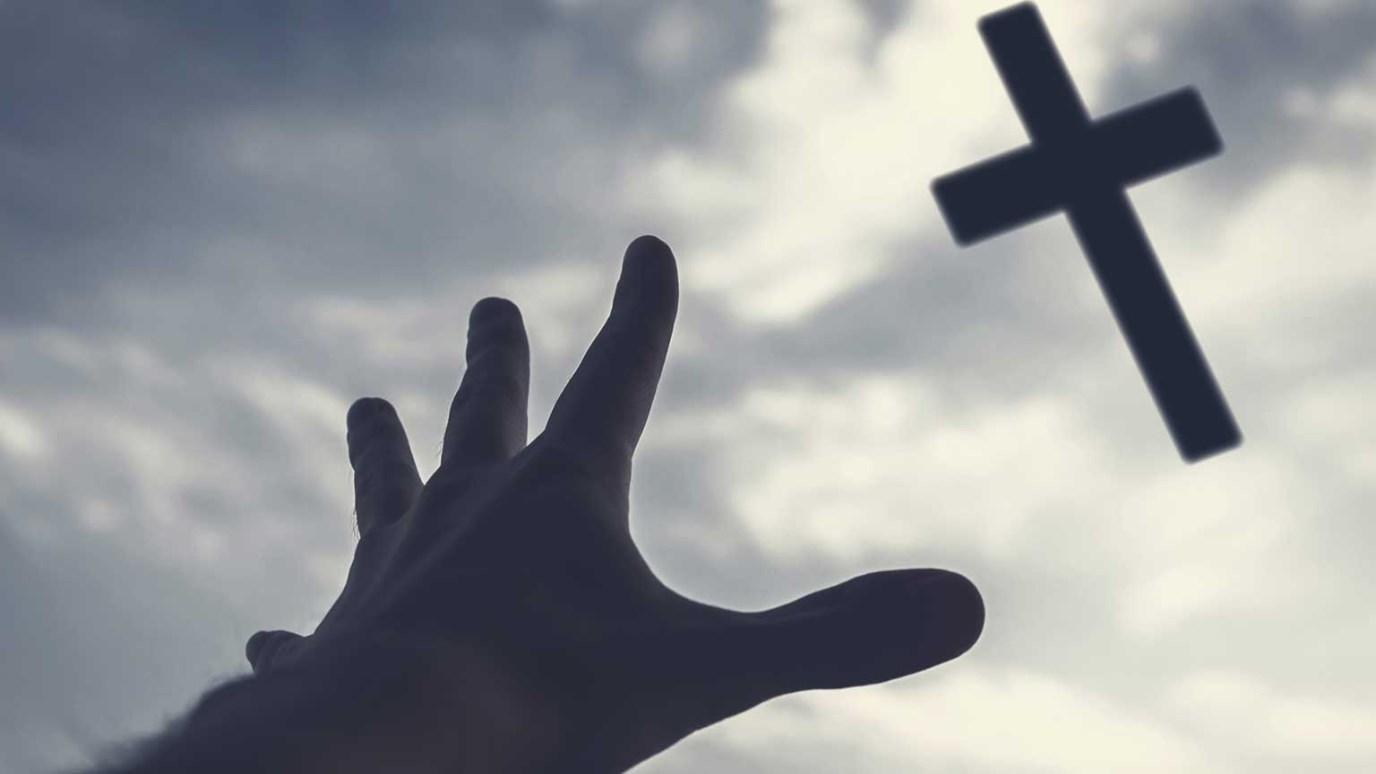 We would never choose God. All is grace. His grace turns us to Him. His Spirit works within our will and desires and stirs a love for God within.

The Word became flesh and made his dwelling among us. We have seen his glory, the glory of the one and only Son, who came from the Father, full of grace and truth. - John 1:14

There are many places where our sinful nature turns ugly. The toy aisle is one of them. Ever seen or been part of an ugly scene where a child is whining and wailing, “I want . . . I want . . . ” Some parents cave in and cash out. Others grasp their child’s hand and pull her out of there.

That’s exactly what happened to Lot when God’s judgment was about to fall on Sodom and Gomorrah. Although Lot urged his sons-in-law, who were pledged to marry his daughters, to hurry and get out of there, the reality is that he was reluctant to leave himself. He was comfortable there. So instead of hurrying, Lot hesitated. The men grasped his hand and the hands of his wife and daughters and pulled them safely out of the city (Genesis 19:16).

They didn't leave because they wanted to, or even because it was the right thing to do. They expressed no gratitude for the advance warning of coming destruction or the rescue team sent in just for them. Only because God grasped their hands and pulled were they delivered.

This is our story, too. While we were still sinners, Christ died for us (Romans 5:8). We weren’t looking for saving or a Savior. There is no one who seeks God. All have turned away (Romans 3:11-12). Because God first loved us He sent a Rescuer to those who had no felt need or desire to be rescued. Jesus grasped our hand with his nail-scarred one and pulled. He pulled us from the pit, and set us on the Rock. He pulled us from the bondage of sin and death and set us free.

We would never choose God. All is grace. His grace turns us to Him. His Spirit works within our will and desires and stirs a love for God within. He opens eyes and ears and softens our hearts. All is grace.

Jesus is a gift of God’s grace. Scripture says He was FULL of grace. This babe FULL of grace came to dwell among a people who are FULL of self. What great grace!

When we see the FULLness of His grace and experience the promise of its sufficiency, we will boast not in self, but in Christ. He will become greater; we will become less (John 3:30).

HE>i: Is the grace of Jesus evident in the way you prepare and celebrate His birth?

Full. The Greek means not one grain more of truth or one drop more of grace could be fit into Him. Everything He is, everything He does, drips truth, exudes grace. -Mark Buchanan
More Sermon Clips Add To Library Add to My Devotionals Favorite Share Like 0