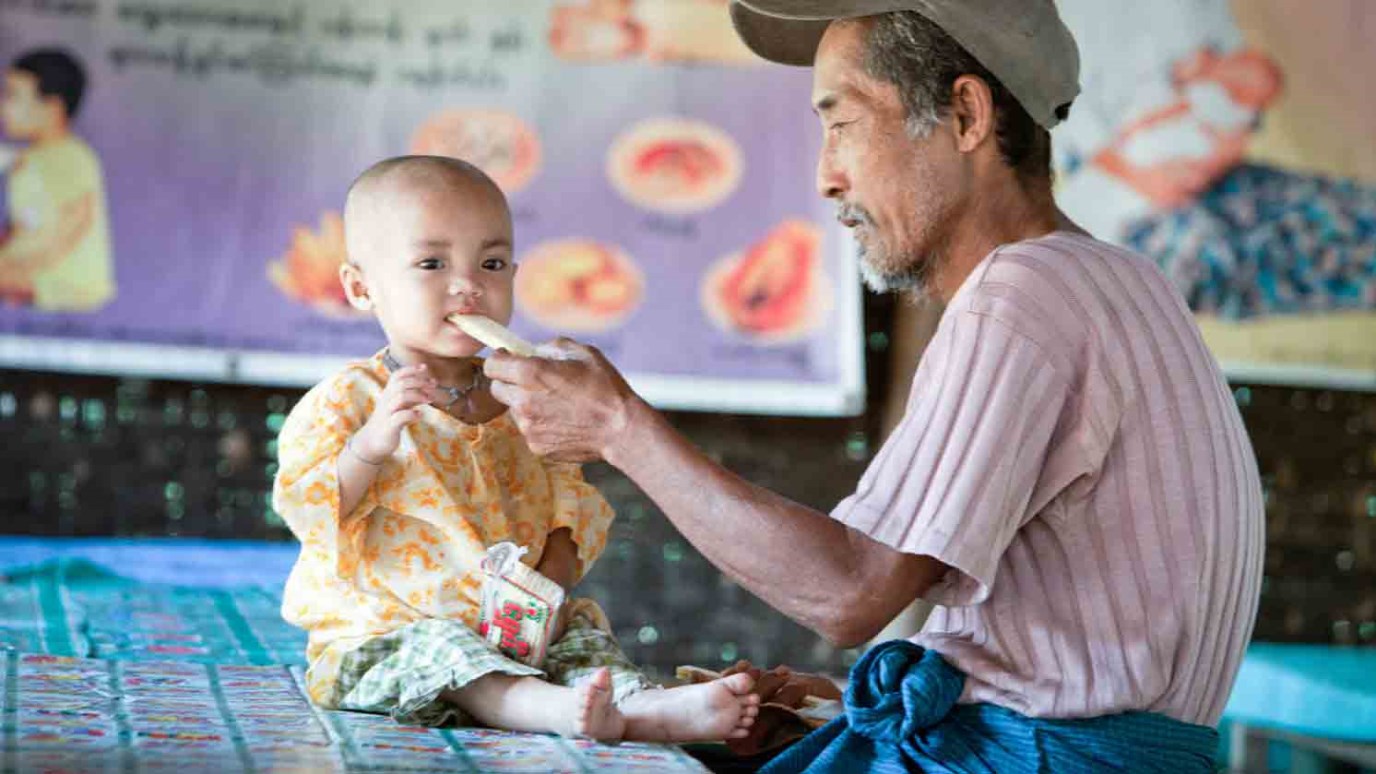 Grandad U Chit Maung feeds Me Me Kyaw a nutritious snack at a World Vision early childhood care center in Myanmar.

Every day, this 55-year-old grandfather brings his granddaughter to World Vision’s Early Child and Care Development center for nutritious food. He is happy to see his two-year-old grandbaby eating rice with chicken and vegetable soup.

“I can only feed Ma Me Me Kyaw rice with salt at home. No meat, no vegetables,” he says.

U Chit Maung has buried four of his five children because of inadequate health care in the village.

“My children died at the ages of two, three, 15 and 20. I treated them with traditional medicine, but it couldn’t save their lives,” he says sadly.

When his daughter died, she left her 2-month-old infant daughter, Me Me Kyaw, in her father’s care. Living on $1USD a day, U Chit Maung could barely provide enough rice for his family, and Me Me Kyaw quickly became severely malnourished.

When a World Vision Thabaung volunteer heard of the child’s need, she invited U Chit Maung to bring the baby into the center where 27 children are fed daily.

Determined not to lose another child, U Chit Maung has never missed a day. Me Me Kyaw is now thriving and her community is learning about the food children need to survive the scourge