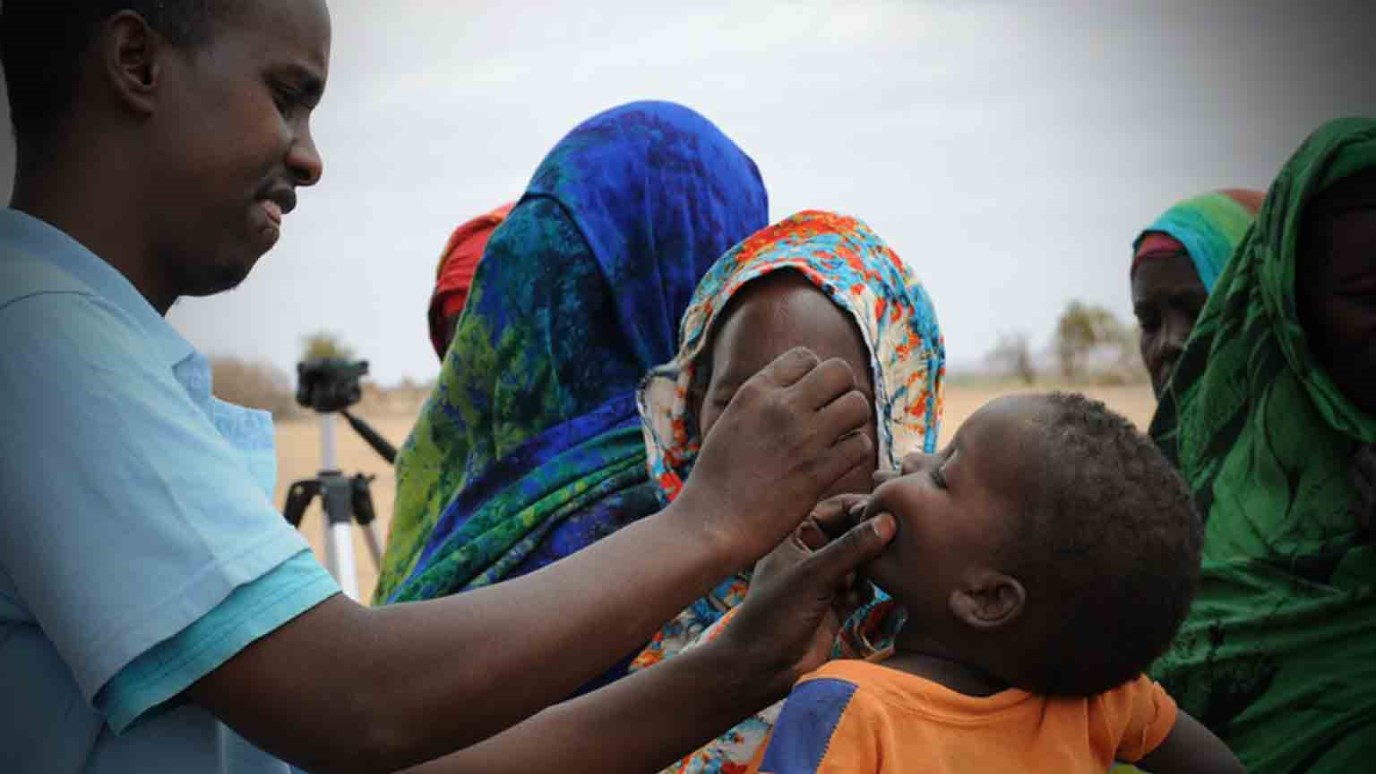 World Vision staff member Abdulahi Ibrahim vaccinates a Somali child, part of the response to a 2013 polio outbreak. By the end of 2015, the virus had been eliminated from Africa.

Vaccines go viral! The year 2015 saw fewer cases of polio in fewer places than ever before. By mid-December, the wild polio virus remained in only two countries – Pakistan and Afghanistan – having been eliminated in Africa.

Other vaccines are showing global success as well. The World Health Organization estimates 47 million children have been vaccinated against pneumococcal disease, which annually kills half a million children under 5. And higher rates of measles vaccinations have saved 17 million lives since 2000.

Newly developed vaccinations against Ebola and malaria are showing promise in human trials.