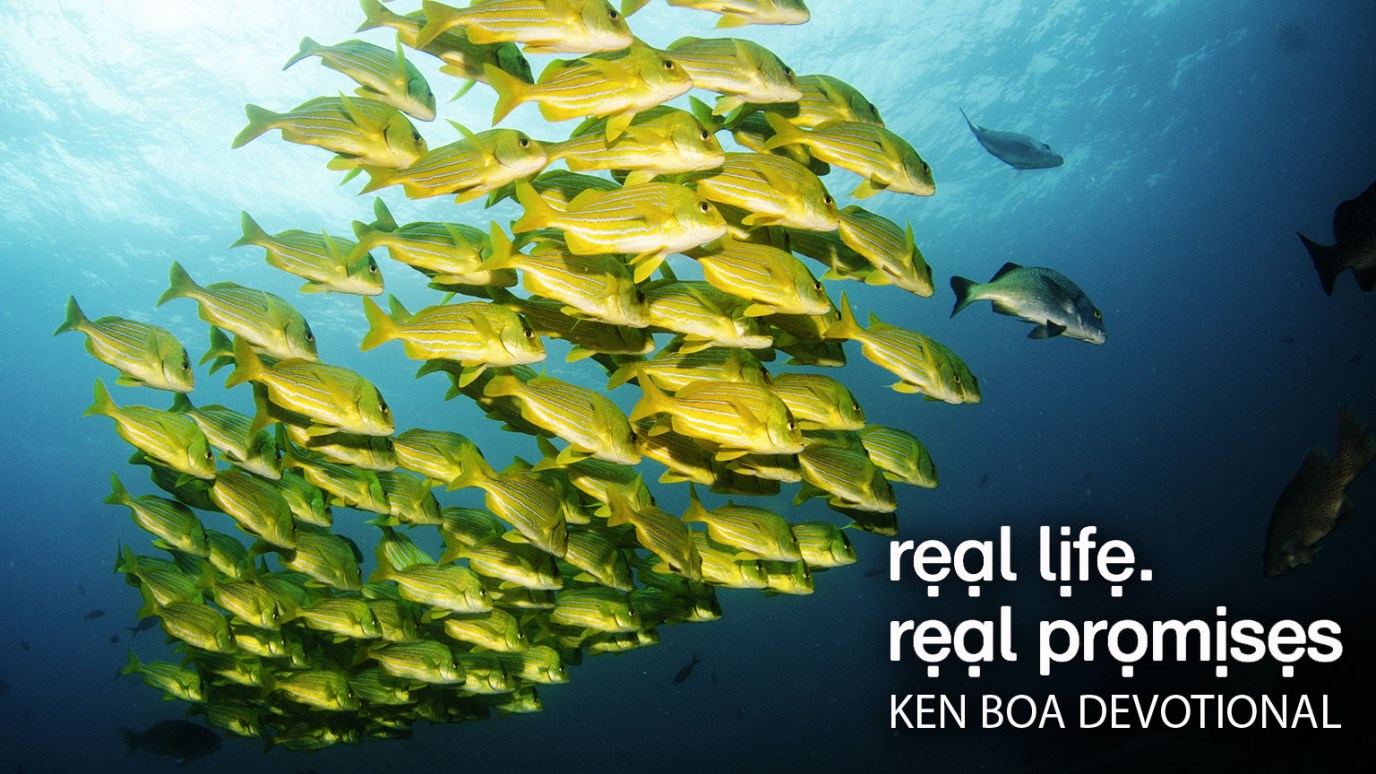 Now is the time, before the net is brought in, to make sure that you will be kept by God.

Landlubbers, in the opinion of coastal dwellers, don’t really know what it’s like to eat fresh seafood—“fresh” meaning food that was swimming in the ocean just a few hours before it is eaten. As romantic and delectable as that sounds, the catching of that prize piece of seafood is not as pure a delight as is the eating of it.

Anyone who has ever seen “shrimpers” at work, for instance, knows that when the giant nets are lowered into the sea there is no telling what they will bring up. Even when a rich bed of crustaceans is located, and the majority of the net is filled with jumbo shrimp, weeding out the “trash” fish is the first task at hand. For when the net closes, it brings up everything in its path. Crabs, flounder, eels, young sharks, sting rays, and a host of other sea creatures must be weeded out and thrown back. While they would have value another day, only one thing is kept by the shrimper—that for which the net has been cast.

Jesus told a parable about the kingdom of God that used the fisherman’s net as an illustration. His disciples, some of whom had been fisherman before learning to fish for men (Matt. 4:19), would have understood his story well. Every time they raised their nets on the Sea of Galilee, they would find bad fish mixed with the good. So it will be at the end of the age, Jesus explained. It is as if God’s net is spread over all the earth at the present time, slowly being winched up. At the end of the present age, God’s angels will come and separate the righteous from the unrighteous. The righteous will be kept for God’s eternal kingdom, the unrighteous thrown into the fiery furnace. God’s ultimate purpose in history is to remove the unrighteous from his presence and dwell forever with the righteous.

We do not see God’s net gathering us in, but it is. He pulls slowly, not wanting his angels to find any unrighteous (2 Pet. 3:9). Now is the time, before the net is brought in, to make sure that you will be kept by God.

God’s Promise to You: “I will keep forever the righteous I find at the end of this age.”

Who's at Your Party?
J.D. Greear

What Does It Really Mean to Follow Jesus Christ?
Greg Laurie

A Bad Place to Be
Greg Laurie