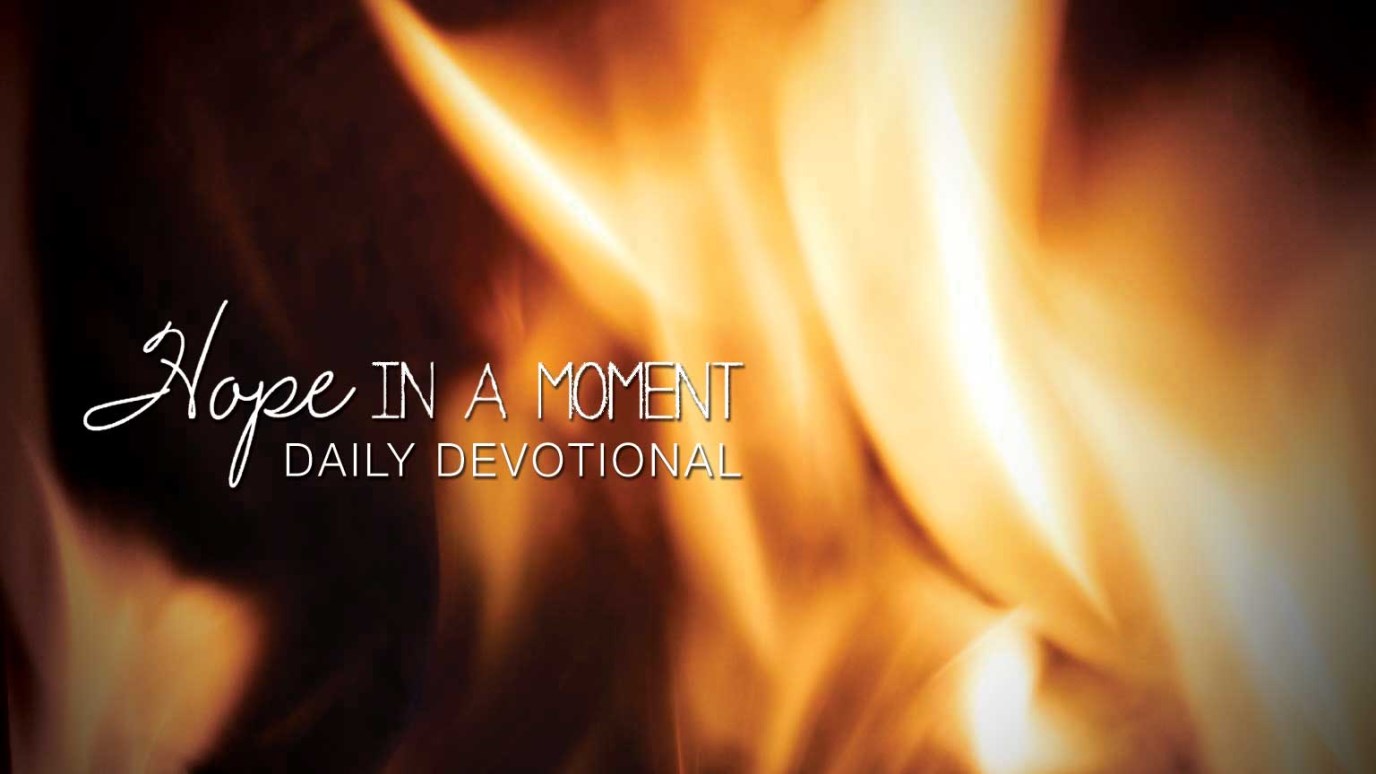 Some fire burns brightly but does not destroy. It signals the presence of God when He is up to something big in the development of His plan of salvation.

Distressingly many things in our lives, really too many, are violently combustible. My house is filled with items that would dearly love to combine with oxygen, if only the temperature could be raised a little more. The 130-year-old framing timbers of the house itself would gladly join in a blaze if they just got a little start. A cupful of gasoline and one match would turn everything into a blackened shell and piles of ash. I am mighty glad that there’s a firehouse two blocks away.

Some fire burns brightly but does not destroy. It signals the presence of God when he is up to something big in the development of his plan of salvation. A burning bush once called Moses to leadership; a pillar of fire led and protected the Israelite nation after the exodus.

And Pentecost flames appeared above the heads of a handful of believers as God turned them from cowards into champions. “Suddenly a sound like the blowing of a violent wind came from heaven and filled the whole house where they were sitting. They saw what seemed to be tongues of fire that separated and came to rest on each of them” (Acts 2:2,3).

The Spirit’s flame has become a cherished Christian symbol. It’s a reminder that God himself is in our midst, that his power is formidable, but that he has come to save and bless and guide.

The Church Being the Church
Dr. Tony Evans
Follow Us
Grow Daily with Unlimited Content
Uninterrupted Ad-Free Experience
Watch a Christian or Family Movie Every Month for Free
Early and Exclusive Access to Christian Resources
Feel the Heart of Worship with Weekly Worship Radio
Become a Member
No Thanks