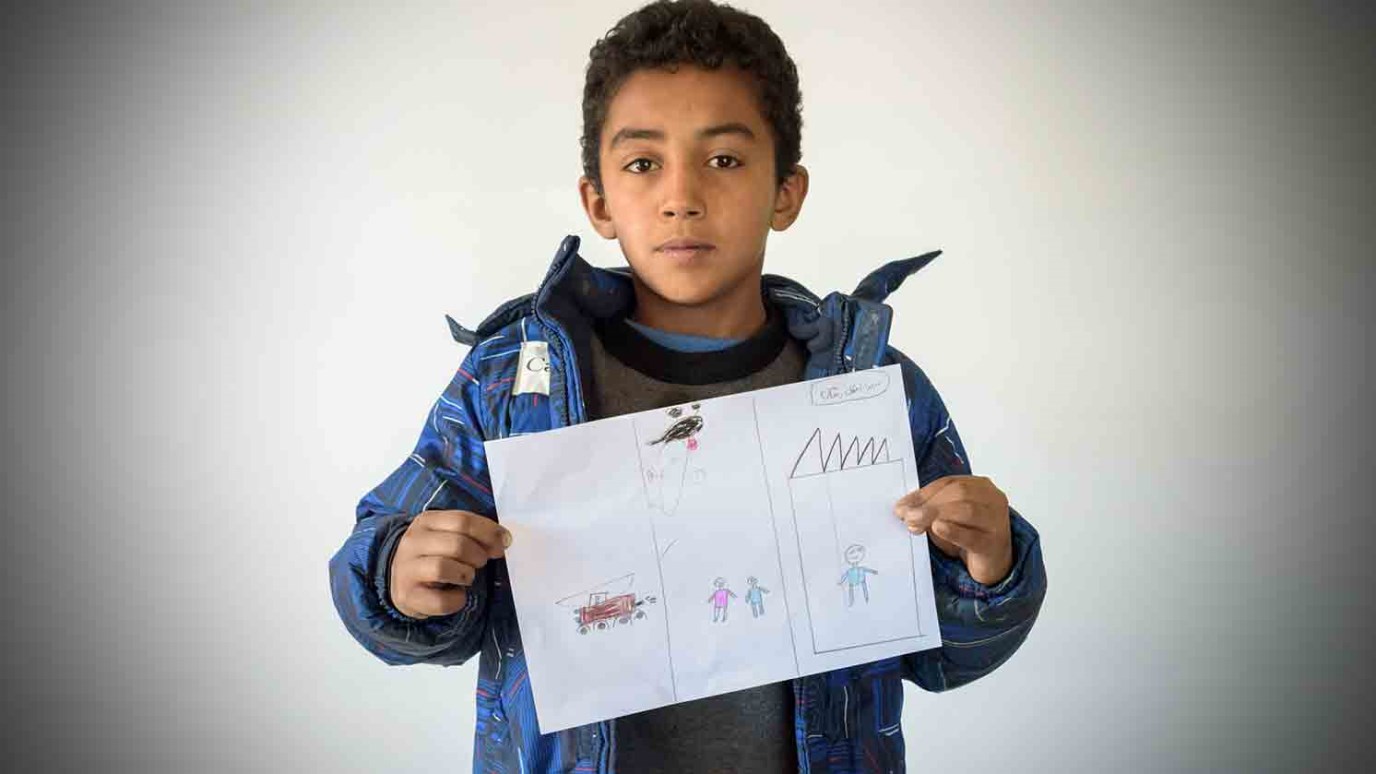 Thinking of what he loved before he fled his home in Syria, Abdul, 10, drew the car his father drove. It represents happy times before he became a refugee in Lebanon, he says.

After six years of conflict, Syria is a distant memory for many refugee children.

“We were happy in our house in Syria. My father went to work by car. He was a builder man,” says Abdul.

In the center panel the peaceful scene is shattered. “There’s a plane, rockets fall and there are two sad people,” Abdul says.

But In his picture of the future, he’s safe at home in Syria. “I love Syria more. I don’t want to draw Lebanon,” he says.