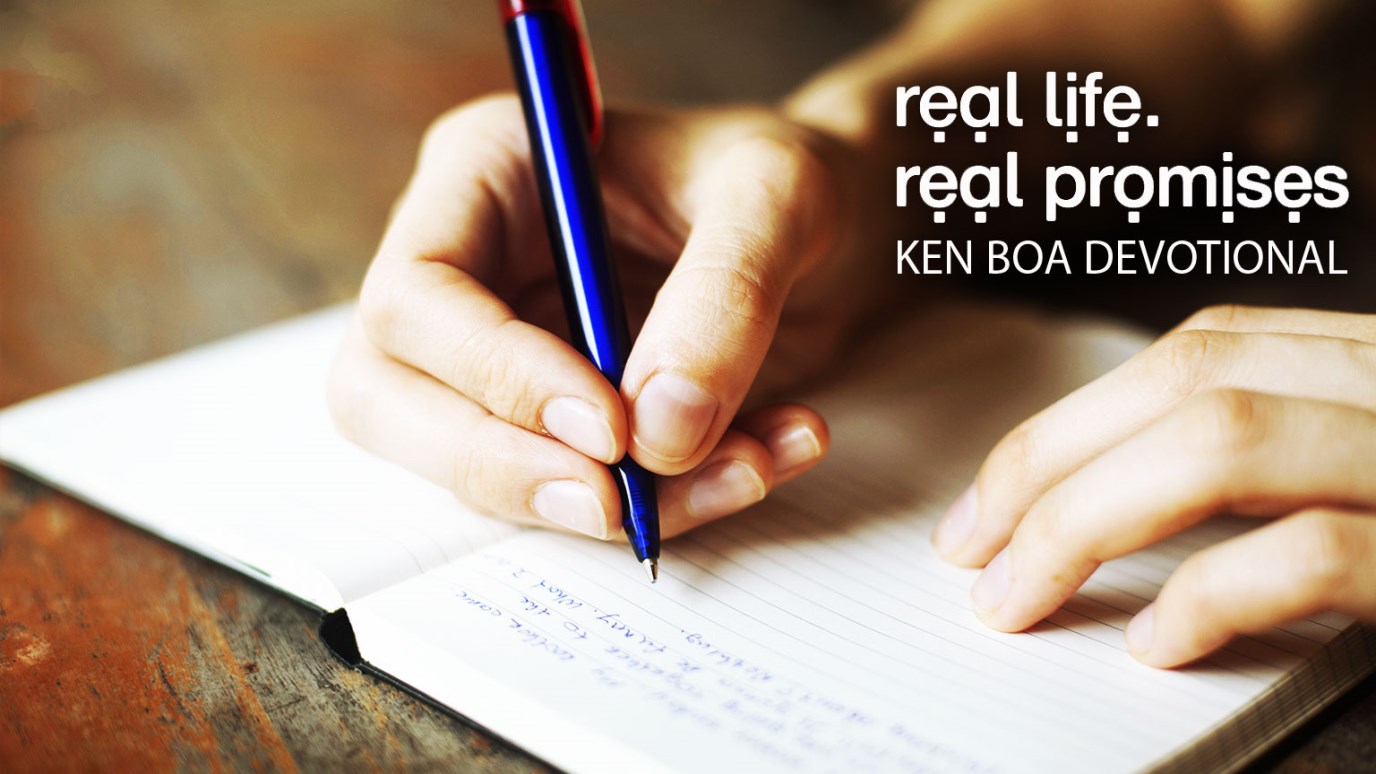 A panoramic view of God’s dealings with us will make the details understandable. Remember that today is part of a story line that God has already written.

No one would deny that modern technology allows us to accomplish more than our ancestors could have dreamed of. But if there is a downside to our advances, it is this: life has become a series of micro-events without a story line to connect them. Because we have the potential to accomplish so much more in increasingly smaller amounts of time, we tend to live life in terms of hours instead of years. Whereas our ancestors watched for the grand sweep of the seasons, we watch for the graduated sweep of the second hand.

Because we take a “micro” instead of a “macro” view of modern life, we often look at God that way as well. We can see God’s hand in this one event, or that particular period, or these connected circumstances. But what is harder for moderns to believe is that God is in all the events of our lives—especially when all the events aren’t as “good” as we think God is.

Jonah, an Old Testament prophet of God, knew how to recognize God’s role in every part of his life. Chapter two of the book about Jonah reveals an understanding that would serve us well today. Jonah found himself in the belly of a great fish in the Mediterranean Sea, the climax of a series of events in which God was fully involved. God called Jonah to serve him (1:2), then had him thrown into the ocean when he fled his calling (1:4, 15). Once Jonah was in the water, God sent a fish to swallow him (1:17). From his submarine prayer closet, Jonah cried out his confession of sin to the Lord, acknowledging that God had been in control the whole way. When God heard that prayer, he promptly told the fish to jettison Jonah onto dry land, which it did.

All of God’s dealings with Jonah were not pleasant, but they were all personal. And Jonah, while wrong in his attitude, was right in his perspective: a panoramic view of God’s dealings with us will make the details understandable. If you are wondering about today’s scene in your personal life story, remember that it’s part of a story line that God has already written.

God’s Promise to You: “Every scene of your life is one which I am personally directing.”

Come Home!
Martin Manser
Follow Us
Grow Daily with Unlimited Content
Uninterrupted Ad-Free Experience
Watch a Christian or Family Movie Every Month for Free
Early and Exclusive Access to Christian Resources
Feel the Heart of Worship with Weekly Worship Radio
Become a Member
No Thanks