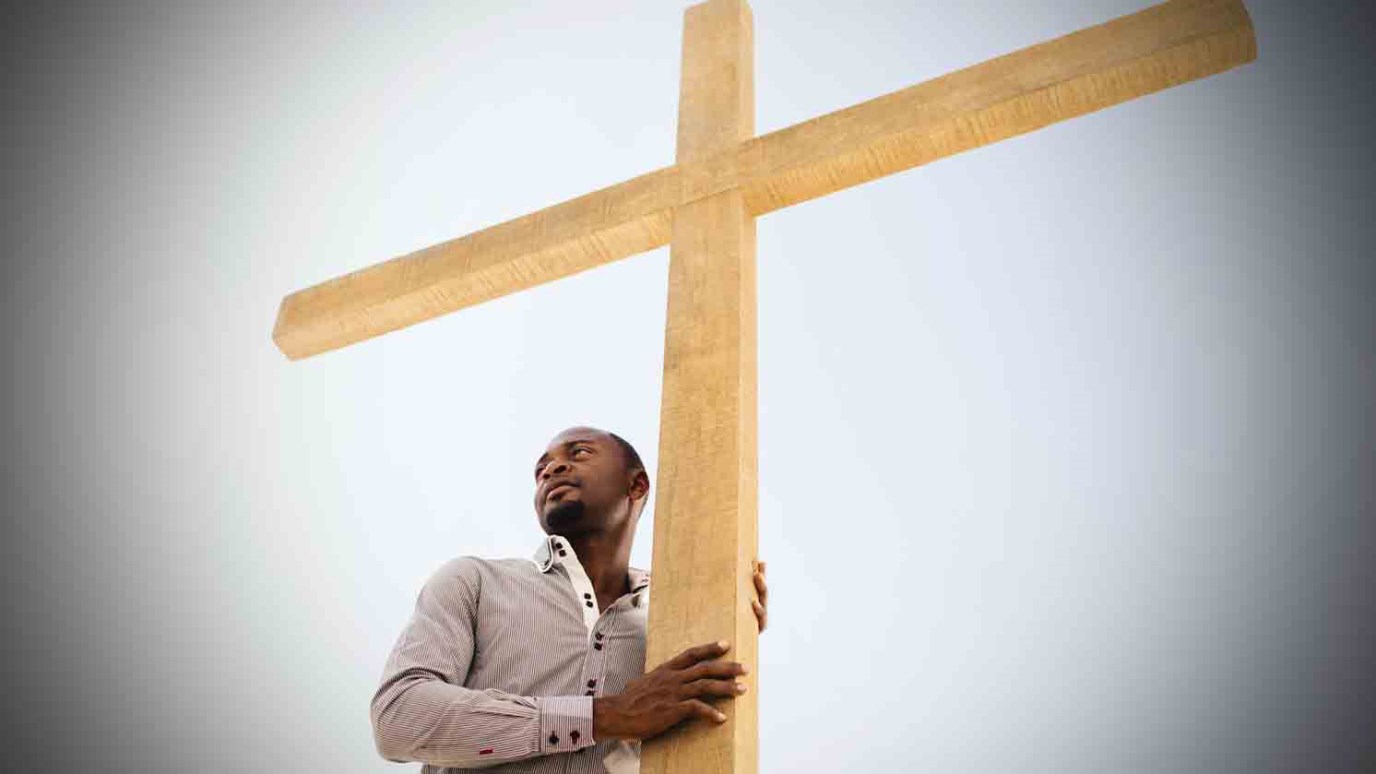 God stepped out of heaven and became a man so you and I could look at Jesus and say, "That's what God looks like."

"I'll be back soon," a soldier told his wife before leaving her and their infant son to fight in World War II. Five years went by. The young mother would show her boy a portrait of the soldier and say, "See, that's your daddy. One day he's going to come home." In reality, she didn't know what to expect.

One morning the boy said, "Mommy, wouldn't it be great if Daddy would just step out of the picture frame?" In a sense that's what God did 2,000 years ago. As part of His eternal plan, He stepped out of heaven and became a man so you and I could look at Jesus and say, "That's what God looks like."

Almost 2,000 years ago, God came to earth to live among us. He entered the world as a helpless baby with a feeding trough as His bed. We celebrate this miracle every Christmas. Jesus Christ was born of the virgin Mary by the miracle of the Holy Spirit. But that was not enough. If Jesus had grown up and lived only a perfect and marvelous life, without another great miracle taking place, His life likely would mean nothing to you and me today.

Jesus had to go from the cradle to the cross. After Christmas comes Good Friday. The Bible clearly states that the cross was the reason God's Son came to earth. What happened on the cross? The Bible teaches that God the Son took upon Himself all the sins of the world. Every evil thought you and I have ever pondered; every evil, mean, dirty, jealous act that we have practiced, was laid on Jesus Christ.

If we repent and turn to Him, then He will forgive us and cleanse us. Every sin we've ever committed will be forgotten forever.

It doesn't matter how rebellious you have been, or how guilty you feel. If you want forgiveness, you must come to the cross. Once you do, you won't have restless nights with a guilty conscience. Instead, you will have peace with God.

The Bible says three days after His death, Jesus stepped out of the grave. That's what Easter is all about! Jesus is alive! He's not in a tomb. Mohammed, Buddha, and other religious leaders of yesteryear are dead, buried, and gone. But you can visit Jesus' grave and it's empty. He's God the Son, with all the power in heaven and on earth. God the Father has given Him a "name that is above every name, that at the name of Jesus every knee should bow and every tongue confess that Jesus Christ is Lord" (Philippians 2:9-11). Have you confessed the Lord Jesus as your Savior? If you haven't, I urge you to commit your life to God's Son. He was born and placed in a humble cradle as a baby. He died on a Roman cross to take away all the world's guilt and shame. And then, on the third day after He was buried, He stepped out of the grave. Jesus Christ is alive! He's ruler of heaven and earth. He wants to be your God and King.

What Did Jesus Say About Hell?
Greg Laurie

The Name Above All Names
Dr. Charles Stanley

Jesus Christ Is Lord
Dr. Charles Stanley
Follow Us
Grow Daily with Unlimited Content
Uninterrupted Ad-Free Experience
Watch a Christian or Family Movie Every Month for Free
Early and Exclusive Access to Christian Resources
Feel the Heart of Worship with Weekly Worship Radio
Become a Member
No Thanks