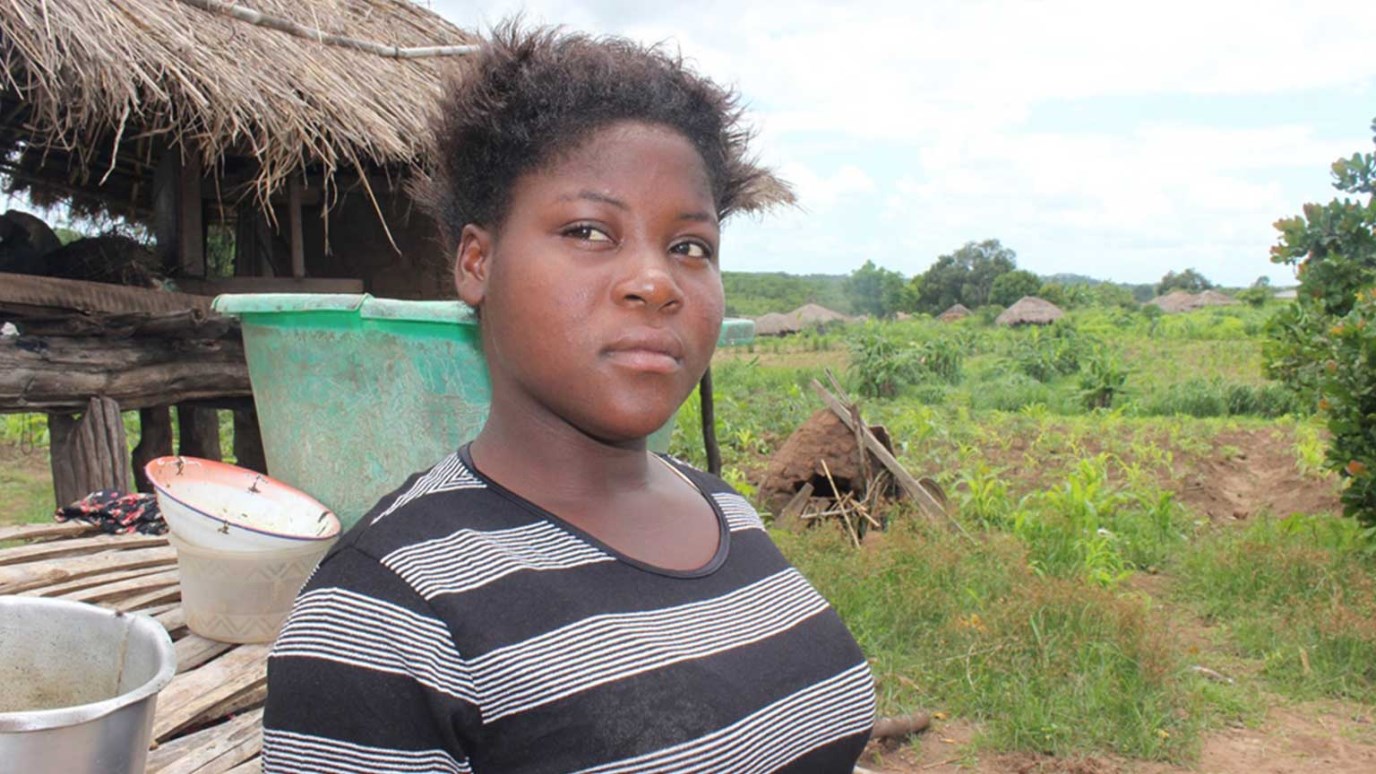 It’s difficult for Angelica to talk about her ordeal of falling into the raging Lualua River, and her long night clinging to a tree before rescuers could reach her.

“I did not hold on to the tree, the tree was God’s way of holding on to me and my life,” the 17-year-old says. She is one of thousands whose lives have been turned upside down by catastrophic floods sweeping through Southern Africa.

Storms and heavy rains lashed the region during January. People lost their homes, possessions, and crops; many communities were cut off by damaged roads and downed bridges.

“We thought we had lost her,” says her grandmother, Saivite Ginga.

The rains had slowed when Angelica decided to visit her uncle, Salé, and friends on the other side of the Lualua River.

She noted the river was high, but the bridge gave her a sense of security. Along with many others, she crossed over.

Halfway across, she felt the waters pound the bridge supports.

“I felt myself being washed away,” Angelica says. “I thought that was it.”

People who saw what happened tried to help, even throwing bamboo into the river.

But it was no good: she disappeared. Angelica felt tired and ready to give up.

Then she felt something wrapping around her feet. She panicked, thinking it must be a snake.

“No. It was the branches of a tree,” she says smiling, “the tree with which God saved me.”

By this time, however, darkness had fallen and any attempts at rescue had to wait.

At daybreak, a group of people gathered to find a way to reach her and bring her to safety.

One of them was Antonio Thumba, manager of World Vision programs in the area.

“There was no way I was not going to be there for her,” he says of Angelica, a World Vision sponsored child. “We are like a second parent to these children.”

With a rope, they helped Angelica come down the tree, go back into the water, and climb out on the riverbank.

“I was alive,” she says, her voice shaking with emotion.

Antonio made sure Angelica was treated for cuts at the health facility and that she’s receiving counseling.

“God saved her,” say her family and friends.