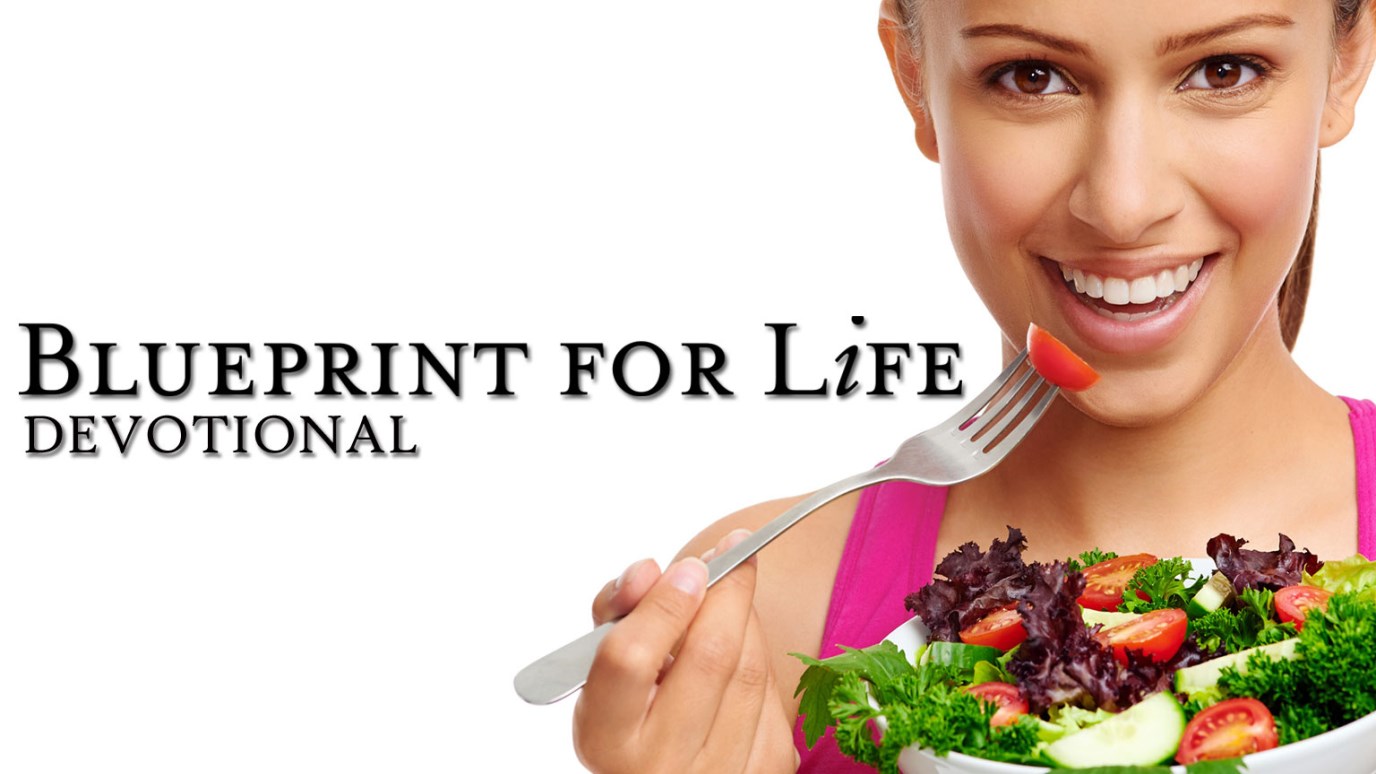 Thirteen years ago, I experienced a paradigm shift in my view about food. Up until that point, I defined food as anything (and I mean anything!) I could cook in the microwave, pull out from a box, or could get at a drive-through.

Rather than saying no to the harmful and yes to the beneficial as Blueprint author, Hal White, suggests, I lumped everything into the “beneficial” category. And, I thought that if it wasn't beneficial that I would escape the consequences of my poor eating choices.

Then I got sick. And I was forced—by doctor’s orders—to change my definition of food.

At first I saw my doctor’s plan as just eating healthily. I consumed more fruits and vegetables and cut out refined sugar and bread. I ate the things God has made and tried to stay as close to His original design for food as possible. (This meant that calling chocolate a vegetable because it comes from the cocoa bean wasn't going to cut it!)

Later on, after losing twenty pounds, experiencing increased energy, clearer skin, and restored health, I realized that eating healthily isn’t just about my personal preferences; it’s about living the way that God intended for mankind. It’s about His original design—and not only that, but it makes total sense from a Christian worldview.

Imagine that you are the designer of a new car and you have created it to run on gasoline. For this reason, it won’t run on lemonade, because it’s not how you designed it. In fact, if you try to put lemonade in the tank, you won’t even get out of the driveway.

God has created our bodies in such a way that we run optimally on the things that He created. And the closer we stay to what He created, the healthier we’ll generally be. There are certain foods that He has made for us to consume. This is what it means to say yes to the beneficial and no to the harmful.

When God made the seed-bearing plants, he saw that they were good and told Adam and Eve that they could eat from any of these good plants (Genesis 2:16). In Genesis 1:29, God said, “I give you every seed-bearing plant on the face of the whole earth and every tree that has fruit with seed in it. They will be yours for food.”

But since the Garden, sin happened and so did food processing, which is transformation of the raw ingredients that God made into other forms. Now, “food” is defined as anything at the grocery store, which is often very far from God’s original design. It’s really not surprising because His original design for just about everything for mankind has been altered by man since sin entered the world, too.

One thing that I love about God is that He never does anything without reason or on a whim. He didn’t create fruit only, because it’s yummy and He thought we would like it. He created it, because it will help us stay healthy. He didn't make broccoli to irritate us. He made it for us to enjoy and with specific chemicals to help our bodies run well and fight disease. Isn't it fantastic that He loves us so much that He gave us food to eat that would help us live our lives well?

I would be telling a big fib if I said that I always eat what God made in its pure form. I love chocolate, chips, and a good crème-filled donut. I have also decided that an occasional treat is okay. But for a long season I completely fell off the health wagon. These days, however, I’m sticking pretty close to what God originally designed by being mindful of putting the right fuel in my tank. Would you like to join me?