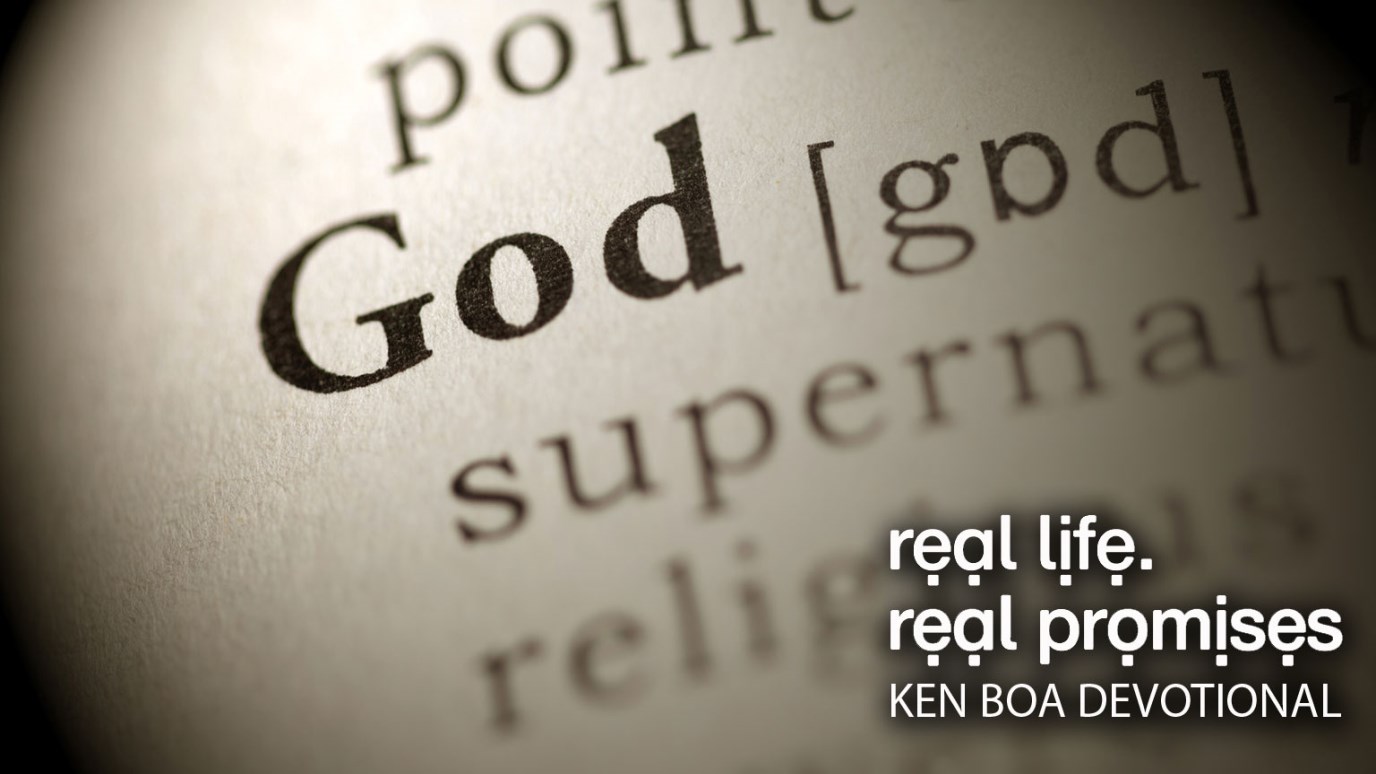 The more you see God in action personally, the more you’ll know him as the one “abounding in love.”

A person’s nickname almost always reflects who the person is or what the person does. Because athletics involve so much action, there are an infinite number of opportunities for athletes to develop nicknames that describe their prowess in a given sport. For instance, baseball home run king Hank Aaron was known as “The Hammer,” while Pete Rose’s obsessive intensity in the base paths earned him the nickname “Charlie Hustle.” Walter Johnson, one of the greatest major league baseball pitchers in history, had the nickname “the Big Train” because he threw the ball so fast. On the other hand, one of the best of the modern pitchers, Randy Johnson, is known as “the Big Unit” because he is so tall. Chicago Bears running back Walter Payton was called “Sweetness” for his smooth as silk running style, and professional hockey’s Wayne Gretzky was called simply “the Great One” because... well, because he was!

When a nickname is accurate, and the subject of the nickname continues to earn it year after year, it sticks. In fact, the nickname gradually becomes how people think of the person; a “nametag,” an identity. With the idea of nicknames (respectfully) in mind, God himself developed a way in which he became known to the Jewish people through the centuries of the Old Testament period. In fact, during the time in which God was introducing himself to his chosen people following the Exodus, he actually described himself to Moses in a way that was repeated many times by Old Testament writers. He called himself “the compassionate and gracious God, slow to anger, abounding in love and faithfulness, maintaining love to thousands, and forgiving wickedness, rebellion and sin.” These words were given to Moses personally, but soon God was known this way as prophets, psalmists, and historians used these words to describe him (see Num. 14:18; Neh. 9:17; Ps. 86:15; 103:8; 145:8; Joel 2:13; Jonah 4:2).

Would a person who never saw Roger Clemens pitch know who “the Rocket” referred to? Probably not. In a way, familiarity with nicknames is a sign of a true fan. The more you see God in action personally, the more you’ll know him as the one “abounding in love.”

God’s Promise to You: “The more you see what I do, the more you will know who I am.”

Don't Let the Devil Put One Over on You
Gloria Copeland

New Song -- Remember Who You Are Walking With
Derwin L. Gray
Follow Us
Grow Daily with Unlimited Content
Uninterrupted Ad-Free Experience
Watch a Christian or Family Movie Every Month for Free
Early and Exclusive Access to Christian Resources
Feel the Heart of Worship with Weekly Worship Radio
Become a Member
No Thanks