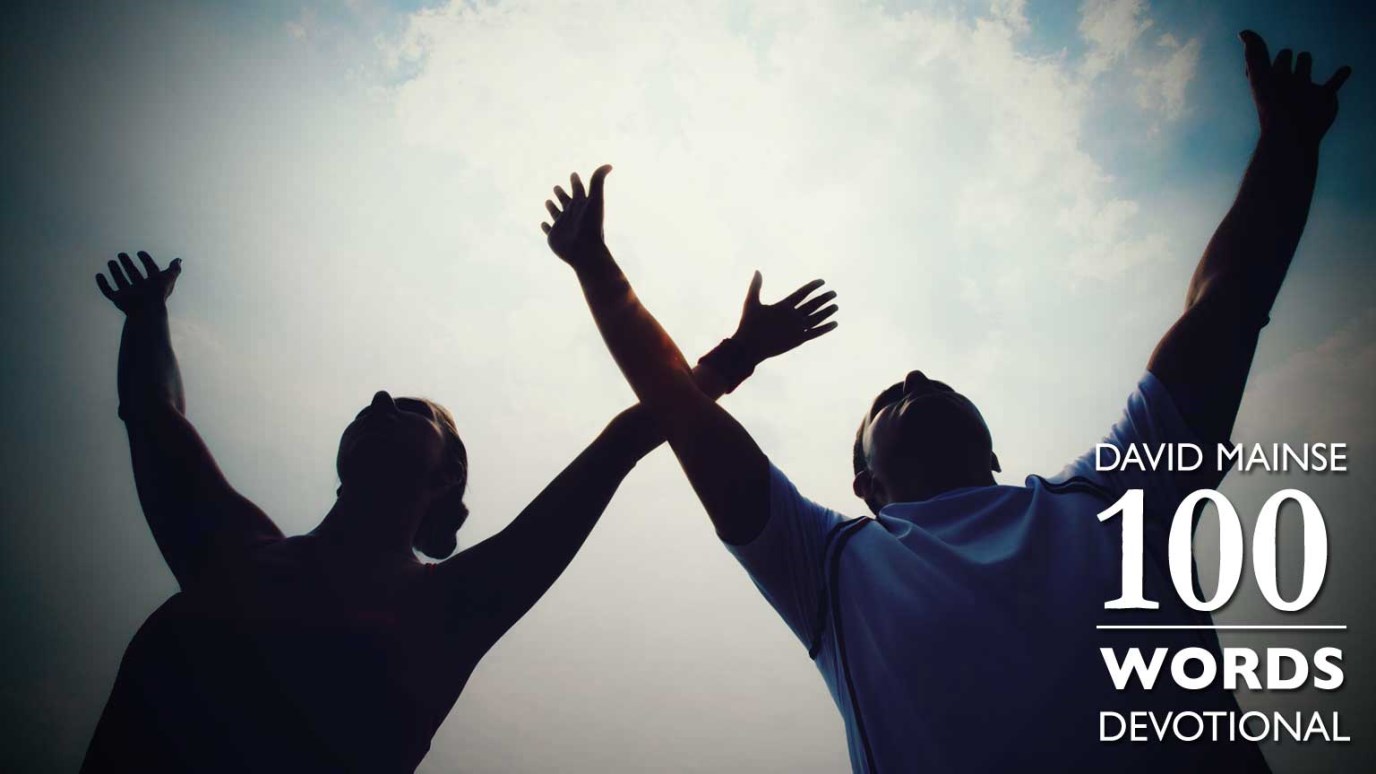 With our faith in Jesus, we can be champions also. Jesus assures us that the person who believes in Him will win the battles. In Jesus we are bigger than any challenge.

Then David said to the Philistine, “You come to me with a sword, with a spear, and with a javelin. But I come to you in the name of the Lord of hosts, the God of the armies of Israel, whom you have defied.”

David knew that God was much bigger than any giant the Philistines could produce. David’s past experiences gave him confidence that God would enable him to defeat Goliath. All of us can think of times when we’ve seen God doing great things in our own lives, or we’ve heard of God doing great things in the lives of others. The historical fact of Jesus’ resurrection happened in the past, and it is also a present reality. He is risen! David was the champion of Israel. Jesus is the Champion for all time and for every challenge. The Apostle Paul writes of “the seed of David”  (2 Tim. 2:8-13). Jesus said, “Because I live, you shall live also” (John 15:11-21). With our faith in Jesus, we can be champions also. Jesus assures us that the person who believes in Him will win the battles. We must never let people belittle us as David’s brothers tried to do to him. In Jesus we are bigger than any challenge.

Lord Jesus, You have defeated the last human enemy, death. Therefore, I have complete confidence that with You living in me I can win over every giant that I face. I pray for boldness to take what I know You’ve done in the past, apply that knowledge to the present, and move forward into future battles with the secure knowledge of Your presence. In Your strong Name I pray, Amen!

When God gave us Canada’s first professionally equipped Christian television production studio in 1977, we wanted to see God’s resources being used for other worthy programming. We began producing telecasts in other languages and shows for children and teens. Nite Lite, an open-line show ran live five nights a week from 2 a.m. to 5 a.m. Host, Rev. Ken Campbell, called it, “the best fishing hole in Canada.” During a staff chapel in the early 1990s, I shared that the late-night ministry needed a Champion. Later that day, one of my co-hosts on 100 Huntley Street, approached me: “David,” he said, “I want to be that Champion for the middle of the night.”

God Is Able, Part 2
Derek Grier
Follow Us
Grow Daily with Unlimited Content
Uninterrupted Ad-Free Experience
Watch a Christian or Family Movie Every Month for Free
Early and Exclusive Access to Christian Resources
Feel the Heart of Worship with Weekly Worship Radio
Become a Member
No Thanks