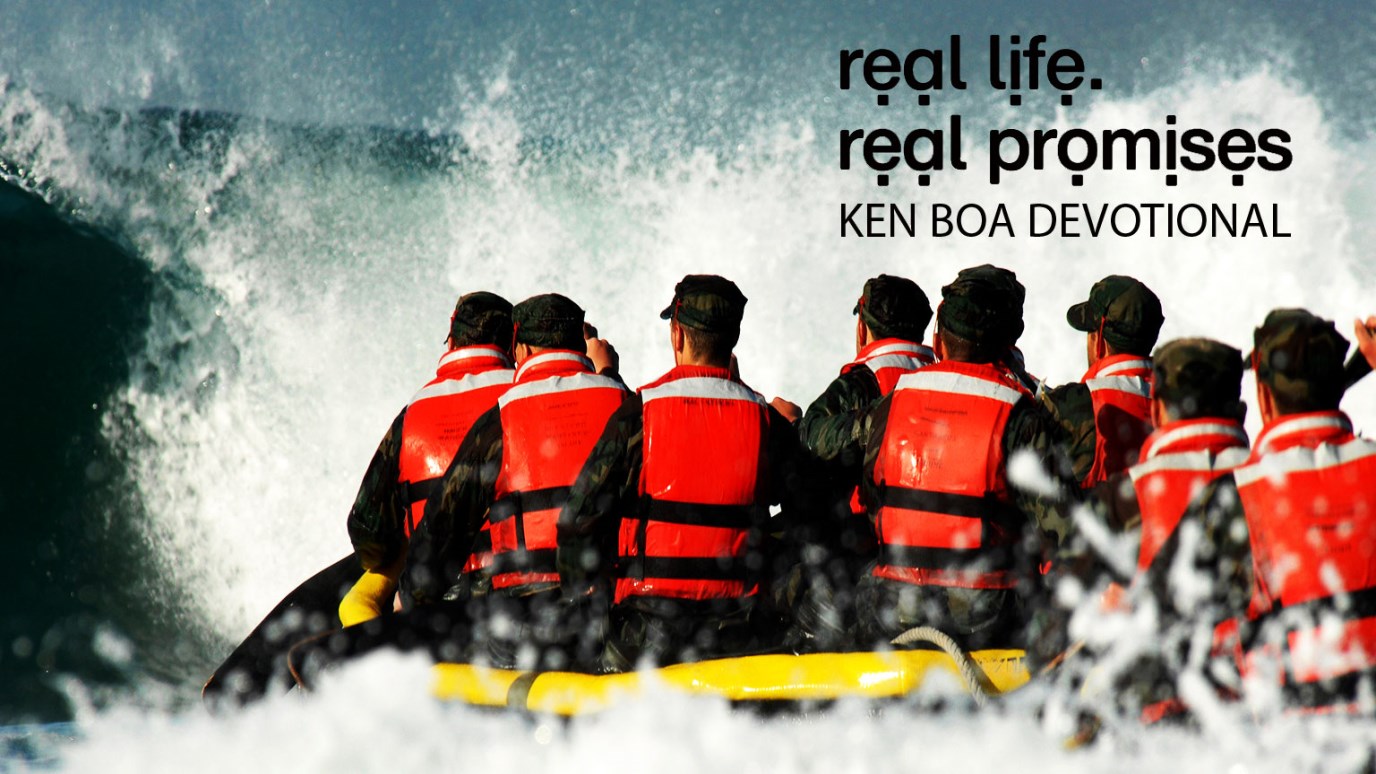 God can still be trusted—He will never test you beyond your limits.

The core of the Navy’s SEAL (Sea-Air-Land) training program is the 25-week BUD (Basic Underwater Demolition) school. The first five weeks are spent in pure physical and mental conditioning (candidates call it “torture”) to prepare for week six, known as “Hell Week.” The purpose of Hell Week is to eliminate those who do not have the will to endure (note: the will, not the ability). Normally, as many as half or more of a SEAL class will quit during the sixth week because they can no longer endure the mental and physical stress—especially when they are allowed a maximum of four hours sleep during the five-and-one-half day Hell Week. They think they are going to drown, or die of exhaustion, or have a heart attack—all because they don’t know what the trainers know: Normal people can do ten times more, mentally and physically, than they think they can. The trainers know what the trainees can endure.

To use the Navy’s SEAL training as an illustration for a well-known verse of Scripture such as 1 Corinthians 10:13 has inherent dangers. But there are parallels. Paul is warning believers in the church at Corinth about the temptations that are likely to come upon them in their spiritual walk, and he uses Israel as an example. His point is this: Israel did not have to be judged by God. What Israel saw as a temptation was actually a test, designed to show them that God could be trusted. Paul tells Christians that God can still be trusted—he will never test you beyond your limits. When you think you are about to “die” spiritually, you are not. You have simply met a test more difficult than any you have met before, but it is a test you can pass—with God’s help.

SEAL training is a test of the body and the will. But spiritual training is a test first of the spirit, the heart, of the believer. Where the heart goes, the will, and then the body, will follow. If Navy trainers are wise enough to know physical limits, how much more is God able to know your spiritual limits? Trust him and you will pass the test.

God’s Promise to You: “You do not have to sin; you can overcome every temptation.”

Protected by a Boy
Dave Wyrtzen

Mentoring: God’s Pattern for Developing Leaders
Christian Leadership Alliance
Follow Us
Grow Daily with Unlimited Content
Uninterrupted Ad-Free Experience
Watch a Christian or Family Movie Every Month for Free
Early and Exclusive Access to Christian Resources
Feel the Heart of Worship with Weekly Worship Radio
Become a Member
No Thanks