God Is Still Sovereign, Even When the Diagnosis Is a Birth Defect 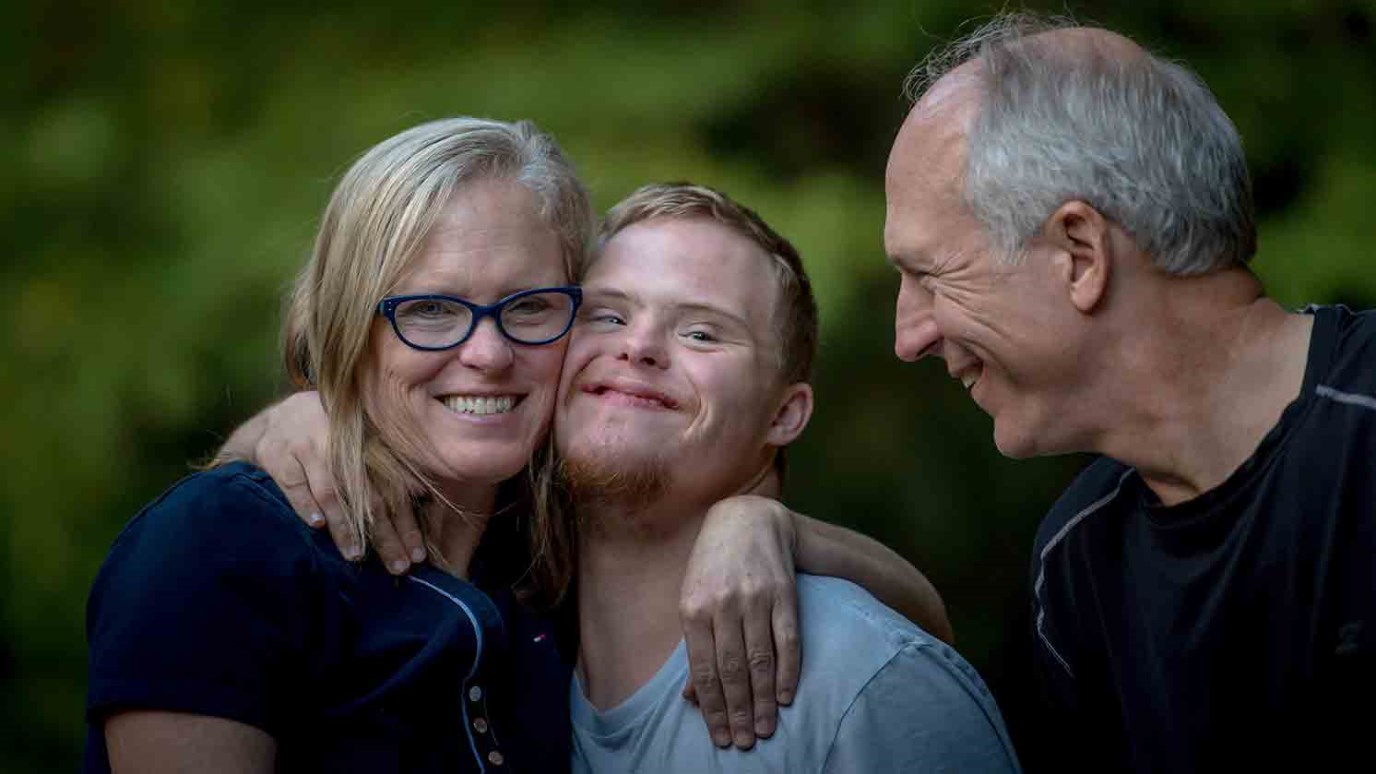 As difficult as it might be to accept, God has a plan and a purpose behind allowing, and even planning, certain children to be born with disabilities.

In an earlier blog, Stephanie Anderson, on our Eternal Perspective Ministries staff, told the story of her disabled son Isaiah, who died before his birth. Here, Steph speaks of her beloved sister Tricia, who had a different disability. When she speaks of God’s sovereignty in birth defects, Steph speaks with an extraordinary amount of experience and insight, not only for a 30 year old, but for anyone of any age. I deeply appreciate Steph, and I am grateful for her words which speak powerfully to me and, I think, to all of us. —Randy Alcorn

There’s a saying we’ve all heard over the years: “Lightning never strikes the same place twice.” Did you know it’s a myth? It’s simply not true. As one storm chaser writes, “Lightning can strike any location more than once.”

If I knew that fact before, I guess I must have forgotten it. Because when I first knew something was very wrong with our baby, and that it was quite possibly a chromosomal defect, I was dumbfounded. How could lightning “strike twice” in my family?

Six years before I was born, my parents had a daughter with Wolf Hirschhorn Syndrome, a very rare chromosomal defect (1 in 50,000 births) resulting in profound disabilities. After testing, they were told it was a de novo occurrence not linked to anything in my parents’ genetic makeup. She lived for 27 years and passed away the January before my husband Dan and I got married.

My mom was a dedicated, loving, and faithful mom to Tricia. But I also saw how very hard her disability was on my parents. Initially not knowing the extent of our child’s issues, I will admit that my fear was, “What if we are looking at raising and loving a severely disabled child long-term?” I had seen firsthand how difficult it could be.

We soon found out from the amniocentesis results that as the doctor suspected, Isaiah did have full Trisomy 18, which affected every cell in his body. And it was another de novo occurrence, not caused by anything in either of our genetic makeups. While Trisomy 18 is one of the most common chromosomal abnormalities, it still only occurs in 1 in 5,000 births. As Dan put it, it’s like we “won” the genetic lottery.

So how could God possibly allow both my mom and me to experience having a child with a chromosomal defect? I never in a million years would have guessed we’d share that in common.

Perhaps the world might say, “This was just random lightning strikes, which happened to land in the same place. Random accidents caused by faulty cells.” I think a Christian perspective says that as difficult as it might be to accept, God has a plan and a purpose behind allowing, and even planning, these children to be born with disabilities.

That is not an easy truth for me, or really for anyone, to swallow. We can be okay with the idea of God just permitting something that Satan planned for our hurt, or with the idea that sin caused something to happen, and God is sad about it, but He would never have chosen it for us. Maybe there’s a sense that we let God “off the hook” in tough situations.

But I’m not certain those perspectives are as comforting as we might think.

Charles Spurgeon put it this way:

It would be a very sharp and trying experience to me to think that I have an affliction which God never sent me, that the bitter cup was never filled by His hand, that my trials were never measured out by him, nor sent to me by His arrangement of their weight and quantity.

I love that. There is comfort in trusting God’s control, His plan, His sovereign purposes—even when they seem impossible to grasp from our perspective. It doesn’t necessarily take away the pain from hard things, but I’m glad to know my life isn’t at the whim of random chance and evil intents.

I know Christ-loving people will land in different places about the doctrine of God permitting, allowing, or planning difficult things. Certainly we can all agree that because of human sin, this world isn’t the way God originally intended.

I do know that Scripture isn’t apologetic about God’s creation of what we humanly see as “imperfections.” Psalm 139 is a beautiful description of God’s personal involvement with crafting a tiny person in utero. Each person He creates is worthy of marvel.

I also know He claims to be behind even what’s seemingly only random: “The lot is cast into the lap, but its every decision is from the LORD” (Proverbs 16:33). He even doesn’t shy away from claiming His sovereign purposes in creating people with disabilities. In Exodus 4:11, the Lord tells Moses,

“Who has made man’s mouth? Who makes him mute, or deaf, or seeing, or blind? Is it not I, the Lord?”

In his book If God Is Good, Randy Alcorn talks about David O’Brien, a brilliant man with severe cerebral palsy, who’s now with the Lord. In a talk he gave years ago, David referenced John 9:1-3. Randy describes the heart of David’s message:

The disciples wanted to attribute a man’s blindness to human sin, either his or his parents’. Jesus corrected them: “Neither this man nor his parents sinned.” Then Jesus stated the disability’s purpose: “This happened so that the work of God might be displayed in his life.” The “so that” is critical. David said it rules out haphazardness, demonic control, or bad luck. Rather, Jesus declares a deliberate, divine purpose in that blindness. While God would receive great glory in the man’s healing, surely he had a purpose for the man’s life long before his healing.

I don’t pretend to understand God’s purposes in allowing Isaiah to have Trisomy 18, or my sister to have Wolf Hirschhorn Syndrome. And I’m beginning to realize that in some ways, that is okay. I don’t need to perfectly understand in order to trust. One of my favorite songs puts it this way: “I don’t need to see everything. Just more of You.”

Perhaps one day in His presence, God will make His purposes abundantly clear. For now, His sovereignty is a good place to rest.

The Secret to Loving Life, Part 1
Jeff Schreve
Follow Us
Grow Daily with Unlimited Content
Uninterrupted Ad-Free Experience
Watch a Christian or Family Movie Every Month for Free
Early and Exclusive Access to Christian Resources
Feel the Heart of Worship with Weekly Worship Radio
Become a Member
No Thanks