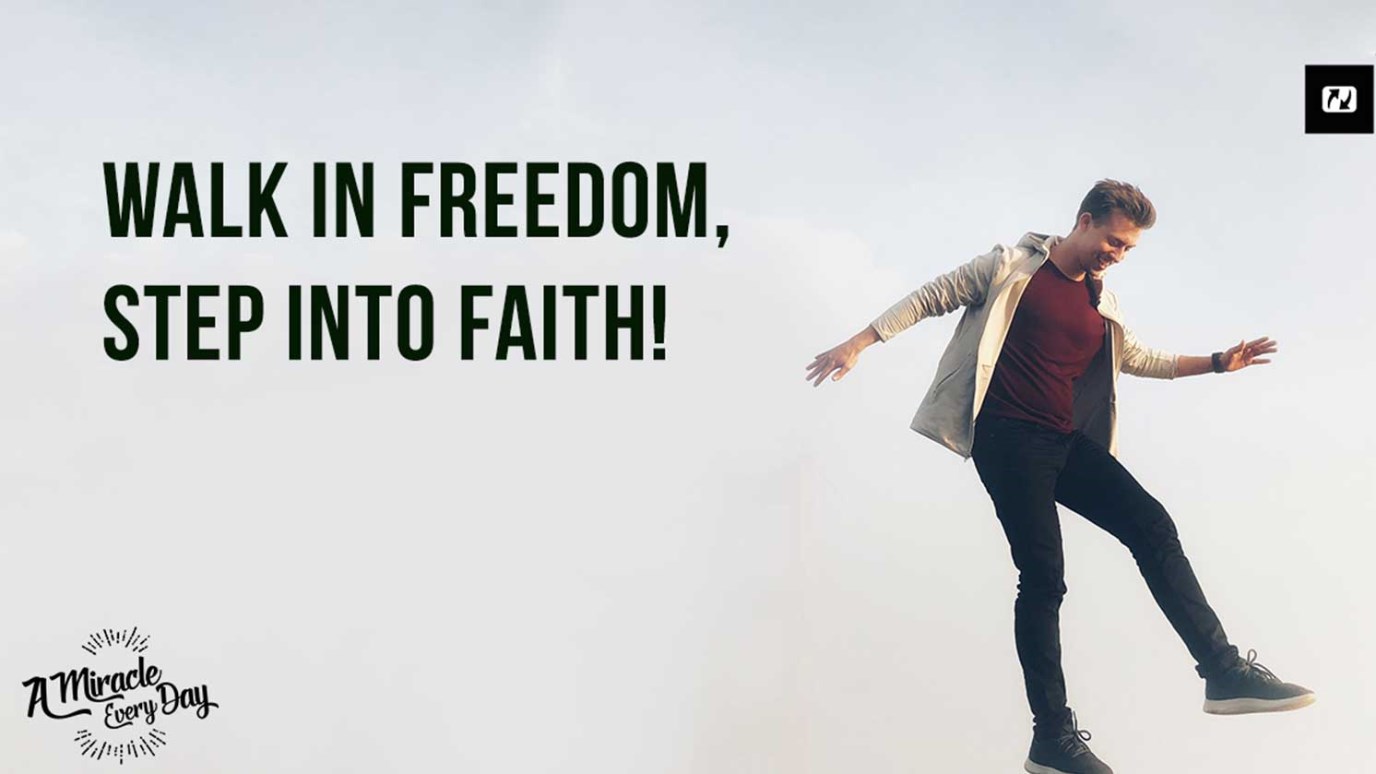 Has God asked you to do something that seems absurd to you? Go for it! Start by taking a step of faith.

By an incredible series of miracles about 20 years ago, God called a minister and his wife to plant a church in Givors, France. It would change his life as well as the lives of millions of people! But, in order to experience the remarkable things that God was putting into motion, they were going to need faith!

When they made the decision to settle down in Givors, they were very aware of the conditions that awaited them—no housing, no church, potentially no salary while we had two young children, in a city with the reputation of having a real lack of hospitality toward Christian communities at the time (though that’s totally changed since then).

One day, the minister was meandering at random along the city streets and praying, asking God to provide a way for him to open this church and find a place for his family to live. He ran right into a Christian! After hearing the minister's plans, the Christian responded, “Brother, I don’t want to play the devil’s advocate, but if I understand correctly, you don’t have a place to live, a car, a church building, money, or any other Christians around you, and the mayor is against evangelicals. So what are you doing here?”

The minister was not expecting such coldness from my first contact in this town with a Christian. This is how the minister answered: “Faith—it’s all I have!” Several days later, a Christian offered the minister a car. He found a house, and the man that he had passed in the street was the first to help the minister and his wife move in! Later, by a miraculous connection, the minister received permission from the mayor himself to open the new church in a public building!

Has God asked you to do something that seems absurd to you? Have you already felt this calling that presses to be obeyed, like Abraham who decided to leave everything behind to serve God? Or perhaps God is tugging on your heart today in a different way that requires a stretch of your faith.

Go for it! Start by taking a step of faith. Indeed, “By faith Abraham obeyed when he was called to go out to the place which he would receive as an inheritance. And he went out, not knowing where he was going.” (the Bible, Hebrews 11:8)

What do you believe God is asking of you? Pursue a business venture, move into a new area of ministry or relationships, give financially to a ministry or church? Are you ready to take risks and walk in freedom, by faith?

Let God's Dream for You Come Alive!
A Miracle Every Day

Is Your Dream "on Hold"?
A Miracle Every Day

God's Love for You Is Unrivalled!
A Miracle Every Day

Today, Rise to This Challenge!
A Miracle Every Day

Are Your Thoughts Limited?
A Miracle Every Day
Follow Us
Grow Daily with Unlimited Content
Uninterrupted Ad-Free Experience
Watch a Christian or Family Movie Every Month for Free
Early and Exclusive Access to Christian Resources
Feel the Heart of Worship with Weekly Worship Radio
Become a Member
No Thanks