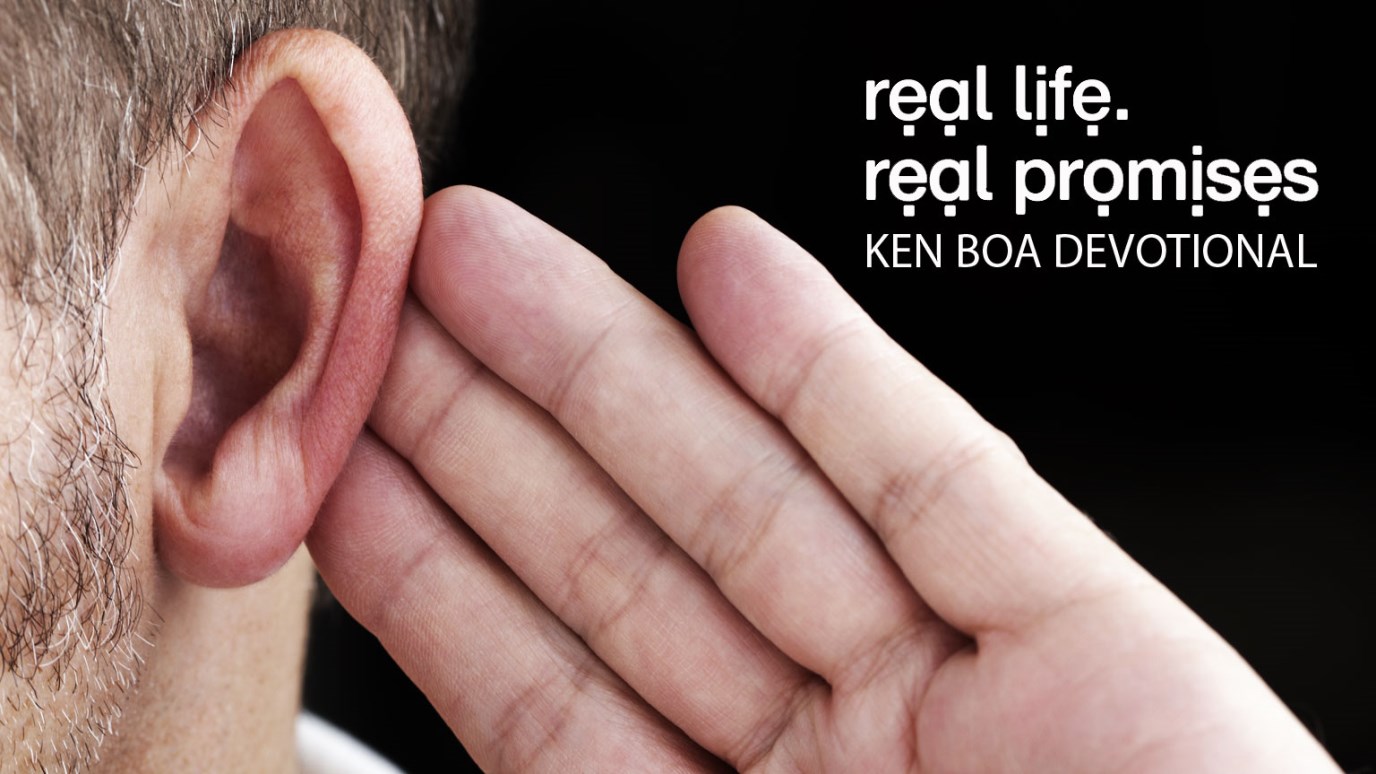 God is waiting to communicate with you—right now. Remember, he is with you, and he is not silent.

Have you ever been in a relationship in which you talk but the other person doesn’t? You ask questions, and get blank stares for answers? You plead for the person’s participation, and they just don’t get the message?

Granted, that scenario is a bit overstated. Few people could maintain such a silent silhouette and have any friends at all. But think of the “religious” world. How many millions of people today are bowing before silent idols of wood or stone—idols which have never uttered one word in response? Worshippers pour out their hearts to these idols, asking for help, for blessings, for favors, for forgiveness, for salvation. And the idols remain stone cold silent.

The late Dr. Francis Schaeffer, apologist and theologian, wrote a book about the God of the Bible called He Is There and He Is Not Silent. This title beautifully reflects the fact that Christians worship a God who speaks, a God who communicates willingly and openly with his creation. The God of Scripture is not that of the deist who believes God created the universe and then abandoned it to run on its own. This would be the equivalent of a watchmaker creating a clock, winding it up, then setting it on a mantel to run down.

No, God has spoken—intervened in national and personal affairs—in many ways, the writer to the Hebrews tells us. In the Old Testament period, God spoke primarily through His prophets. He did this “at many times and in various ways.” He also had his words written down in a book so that all could know His thoughts. And then, in the most profound gesture of communication in history, God sent his own Son, Jesus Christ, to earth. For more than three years, thousands of people spoke directly, face to face, with God! And for those of us who weren’t alive then, we are still invited to speak with God anytime we need to (Hebrews 4:15-16; 1 John 5:14-15).

God is waiting to communicate with you—right now. Remember, he is there, and he is not silent.

God’s Promise to You: “There is never a time that I am unavailable to talk with you.”